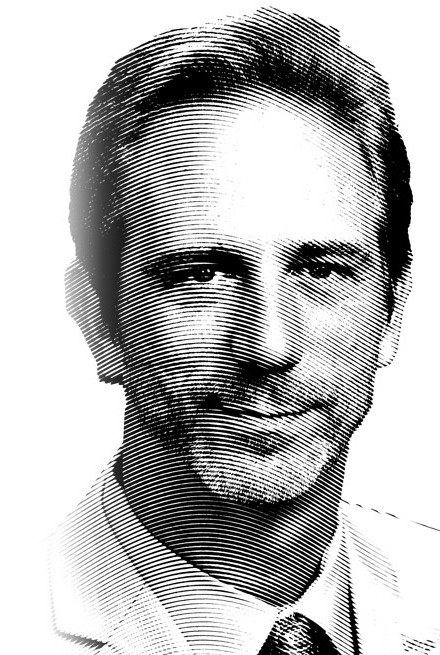 David P. Gushee is the Distinguished University Professor of Christian Ethics and Director of the Center for Theology and Public Life at Mercer University. Raised in Virginia, he earned his Bachelor of Arts at the College of William and Mary (1984), Master of Divinity at Southern Baptist Theological Seminary (1987) and both the Master of Philosophy (1990) and Doctor of Philosophy (1993) in Christian Ethics at Union Theological Seminary in New York. He has taught for twenty one years in fulltime and guest capacities and lectured widely in the United States and Canada as well as in Great Britain, Europe, Australia, and South America.

As Distinguished University Professor, Dr. Gushee teaches at McAfee School of Theology and throughout Mercer University in his specialty, Christian ethics. As Director of the Center for Theology and Public Life, he organizes events and courses to advance quality conversations about major issues arising at the intersection of theology, ethics, and public policy. Beyond his work at Mercer, he currently serves as Senior Columnist for Baptist News Global. Dr. Gushee serves on the board of directors of Sojourners and as Vice-Chair of the board of the Public Religion Research Institute. He also serves on The Constitution Project as a member of the Death Penalty Committee and the Taskforce on Detainee Treatment.

Dr. Gushee is a scholar, activist, and churchman. His research interests focus on the ethical teachings of Jesus Christ and the Christian theological-ethical tradition, together with its contemporary implications for Christian discipleship and public witness. He has published twenty books, and many hundreds of essays, book chapters, articles, reviews, and opinion pieces. Probably his most widely noted books before Fall 2014 were Righteous Gentiles of the Holocaust (Fortress, 1994/Paragon House, 2003), Kingdom Ethics (IVP, 2003), The Future of Faith in American Politics (Baylor, 2008), a devotional work with his wife Jeanie called Yours is the Day, Lord, Yours is the Night (Thomas Nelson, 2012), and the broadly endorsed The Sacredness of Human Life (Eerdmans, 2013), which interrogates what it has meant, and proposes what it should mean, to say that human life is sacred. It is his most ambitious and demanding scholarly project to date, and has been nominated for the prestigious Grawemeyer Award.

Dr. Gushee’s release of Changing Our Mind (Read The Spirit books) in late October 2014 added a new chapter to his scholarship and activism. In this book, Dr. Gushee makes a biblical case for a transformative rethinking of the LGBT issue and for the opening of all Christian hearts to full acceptance of so often marginalized and mistreated gay Christians in the life of the Church. Since the release of the book he has sought to embody his repentant commitment to serving the well-being of the LGBT community by joining the work of the Family Acceptance Project as their Faith Consultant, becoming a member of the advisory board of the Atlanta chapter of the American Foundation for Suicide Prevention, and accepting invitations for a busy lecture season on LGBT and Christianity issues in 2015. He also seeks to support the work of the Reformation Project and Level Ground.

Changing Our Mind, though brief and written for a popular audience, builds on and in some ways culminates the themes of his entire body of work to this point. In standing up for mistreated LGBT Christians, and calling for their full inclusion in the life of the Church, Dr. Gushee believes he is reflecting the deepest commitments of such works as Righteous Gentiles, Kingdom Ethics, and The Sacredness of Human Life. In moving into solidarity with LGBT people he hopes to not be a bystander to others’ suffering; not allow any group to be excluded from Christ’s fellowship; and not permit the denigration of the sacred worth of any human person or group.

As an activist, Professor Gushee was the principal drafter of both the “Evangelical Climate Initiative” (2006) and the “Evangelical Declaration against Torture” (2007), both of which changed the conversation in church and society about their respective issues. With the publication of his book, Changing Our Mind in 2014, Dr. Gushee immediately became catapulted into activism related to perhaps the most controversial issue in our nation today. Unlike many, however, Dr. Gushee is not primarily interested in policy issues vis-à-vis gays and lesbians. He believes the primary issue, or at least his primary call, is to address the fundamental basis of anti-gay sentiment at its religious taproot. He also is focusing both his service/activism and a growing personal ministry to LGBT young adults and their families. He believes the LGBT issue has been fundamentally misunderstood as a sexual ethics issue; actually, it is a youth health/mental health and family cohesion issue, especially for LGBT young people from religiously conservative families.

Dr. Gushee is regularly quoted in major national media of all types, including NPR, the New York Times, the Washington Post, and the Wall Street Journal, as an authority on the role of religion, especially evangelicals, in American public life, and as a voice for civility and dialogue across our cultural divides. He maintains an active voice on social media (twitter: @dpgushee).

Dr. Gushee and his beloved wife Jeanie have been married for 30 years. They reside in Atlanta, Georgia with their regal cat, Noah. They eagerly await visits from their grown children Holly (with her husband Jonathan), David, and Marie. They are enjoying being first time grandparents to Holly and Jonathan’s son Jonah. An ordained Baptist minister, Dr. Gushee and his wife attend First Baptist Church in Decatur, Georgia, where he teaches a weekly Sunday school class, as well as Holy Cross Catholic Church. David is a long-time Atlanta Braves fan and, at 53, still very much enjoys competing with his students and colleagues on the tennis court. Upcoming travel will include Italy, New Zealand and the Netherlands. 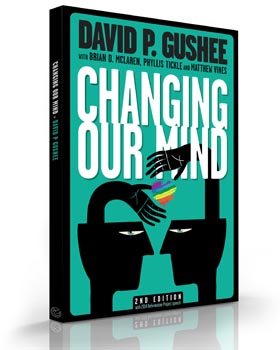 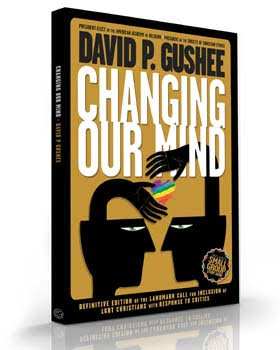