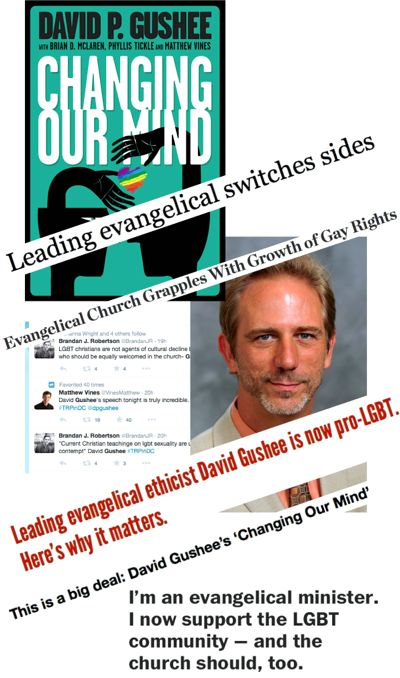 HEADLINE NEWS! This historic book is touching lives nationwide. Here are the most important news stories …

The Reformation Project, founded by Matthew Vines, hosted the Washington D.C. conference at which David P. Gushee delivered his landmark address on November 8, 2014. Gushee called this lengthy talk, “Ending the Teaching of Contempt Against the Church’s Sexual Minorities.” (That link provides a complete text; an online video of the talk is coming soon.) Even as Gushee delivered the talk, positive responses began buzzing across social media with phrases like: “phenomenal,” “I couldn’t help but weep,” “filled with hope by (his) address,” “emotionally brilliant” and “heart moving in the best sense.”

Anyone can read the two stories about Dr. Gushee in the Washington Post. The latest is a commentary that Post editors invited Dr. Gushee to write for the Post’s Op Edit page, headlined “I am an evangelical minister. I now support …”

The news of Dr. Gushee’s landmark book broke in late October 2014 just as the book was first arriving for sale via online bookstores. The first journalist to publish the news was Jonathan Merritt of Religion News Service. His report moved across the RNS wire and appeared in countless news publications, including The Washington Post.

Now, many other reporters and columnists are filing their own reports (and discovering that such stories draw huge reader interest). Patheos‘s popular “Slacktivist” columnist Fred Clark filed a column headlined “This Is a Big Deal“—and rapidly drew more than 300 comments.

News reports continue to spread: The Orlando Sentinel‘s Jeff Kunerth filed “Leading evangelical switches sides to pro-gay” and the Seattle Star simply reposted the ReadTheSpirit interview with Dr. Gushee (which anyone is free to do), under the headline “The David Gushee Interview.”

Have you seen a headline we should share with readers? Email [email protected] and alert us. We plan to continually update this list of significant headlines.

Are you a reporter or columnist wanting press materials? We’ve posted helpful resources right here, including the press release for Dr. Gushee’s book, which has contact information for his media representative, Susan Stitt of Morgan Street Media.

Talking about this on social media? Remember to mention #ChangingOurMind (that’s “Mind” singular without an “s” at the end)

ReadTheSpirit magazine welcomes reposting or sharing of our coverage under Creative Commons licensing. (Simply ensure you’re quoting us accurately and include a line that credits “originally published at readthespirit.com”)

The most frequently shared column is The David Gushee Interview in which longtime journalist David Crumm interviews Dr. Gushee about his change of heart and the research that went into his new book. Equally popular with readers is a very helpful 5-part series that documents changing American attitudes on this issue. Start here with a post titled “Have you seen the great generational divide?” That post links to all five parts. Finally, readers are appreciating a column by author Ken Wilson, who also took part in the Washington D.C. conference with Dr. Gushee, titled: “Why David P. Gushee represents hope for the church.”

STAY TUNED! Coming soon, the Voice of America network will feature an interview with Dr. Gushee and an upcoming issue of Sojourners Magazine will include an excerpt from Changing Our Mind. 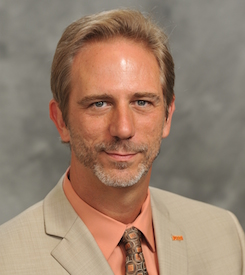