To help give you more ideas on how to support someone with cancer, I’ve listed some of the people that helped me in my journey. Each entry includes the individual with a description of how they supported me using their own personal gifts.

Larry was my coach, offering constant encouragement and support. He can find humor in anything, which was a big help. Humor is so important in breaking up the tension of serious circumstances. 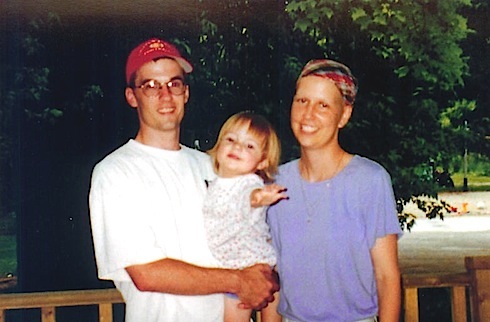 I found I could do anything with him by my side. He was always there to believe in me; he backed me in everything I did. He is a great encourager and calm in a crisis. He would listen to me when I was scared and reassure me at every turn. Above all, he treated me like I was normal. He honored the best parts of our relationship prior to cancer and had the grace to accept the changes as well. That was the best thing he could have done.

Marnie’s ability to pray for complete healing was a shot of hope to me. Most people I had encountered in the first weeks of my diagnosis said the normal churchy kind of things like “God’s will be done” or “God has a plan.” My problem with those statements was that they felt like I was not going to make it. Marnie’s claim for complete healing for me was a great thing. It told me that we knew we needed God’s power, but that death didn’t have to be the outcome.

Dr. Merajver was a ray of hope early on and throughout my fight. She showed me how the difference a doctor’s attitude and personality makes. She took an aggressive approach in attacking the cancer and offered a positive, forward-looking outlook.

Mom was there with me the whole time; researching, going to appointments, helping take care of my daughter Sydney, coming to visit me in the hospital, buying food, doing laundry—anything that needed to be done to help out.

Christy and I had literally known each other from the day I was born. The more time that we a spent together, the more our relationship solidified. We could laugh or cry, depending on what we needed. We became closer than many sisters.

During my stay in the hospital, Christy and I spent hours talking. She would do laps with me, pushing my IV pole through the halls, or we would hang out in my room trying to figure out what was happening to our lives. Christy had jumped into things with both feet, trying everything new thing that I did. It was awesome.

I felt like I could be the emerging me with her and we could bounce between heavy cancer talk and having fun.

Larry, Christy and my mom became a great support team for me and in some ways for each other. Because they could share the load it made it easier for all of us. 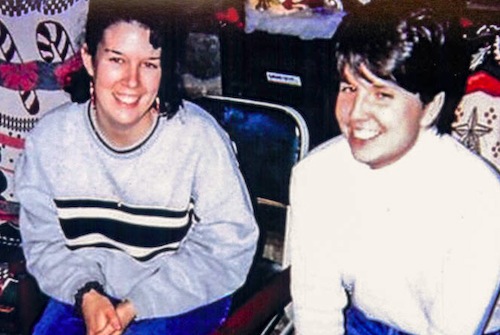 Mike and Beth were a constant source of help and support to us. They really cared about us and they treated us like family, even though our families were hours away. They, like us, did not have any extraordinary knowledge of cancer, but their desire to help in any way was obvious from the beginning. From helping with my daughter, to making food, to having another place to go that felt comfortable—Mike and Beth provided it all.

We also met regularly to pray. Others would come as well, but Mike and Beth were a constant. It was a very powerful time—good for all involved, I believe. I learned to ask God and people for specific needs.

When Troy heard the news of my diagnosis, he dropped everything in Texas and got to work being a big brother. Troy had always taken that job seriously. From the time we were little I knew that he would look out for me.

Troy, a physician just out of medical school at the time, played a big role in tracking down the right doctors and medical team to take care of me and help me kill the cancer.

Troy would tell me that the doctors were doing their very best. I began to call him each time something new was coming just to hear him tell me that he believed in it and that I could do it. It was a doctor’s perspective with a dose of big-brother wisdom—a winning combination.

During one of my chemo treatments, Troy made me a color-coded chart to help manage all the different medication I was taking.

More angels along the way

One early angel was Joanie, the mother-in-law of a teacher at one of the schools I had worked in. Joanie was a survivor of a similar diagnosis who had really done her homework. She had a wealth of information, which she shared wholeheartedly. She was very direct, telling me that I must make changes in my diet, get my mind fighting cancer, and pray. She was the first one to say with confidence, “You can do this. I will pray for you, you will pray for me, and we will both be OK.” She treated fighting cancer like a job, and was telling me that I must do the same. I was touched that a woman who didn’t even know me was so willing to help me. She invested a lot of time and energy encouraging me to take charge of my fight. She sent me recorded meditations to listen to every day to kill the cancer.

I discovered that the schools that I had worked in were full of angels. A large planter arrived from the Sheridan Elementary staff right after my diagnosis. Books and cards and little pick-me-ups came on a regular basis. Lakeview Elementary provided a lifeline of pizza gift certificates so my husband could eat regardless of my choice of dinner options for the night.

The teachers at my husband’s school were amazing, offering all kinds of support. There were offers of sick days and financial help if needed. The support made school a great place for my husband Larry to be. He could go there and focus on things other than cancer. Their kindness extended to me. I learned that cancer loves inactivity so I began to walk. The teachers offered to walk the halls with me. I would put my young daughter Sydney in her stroller or I’d leave her with Larry and off we would go. 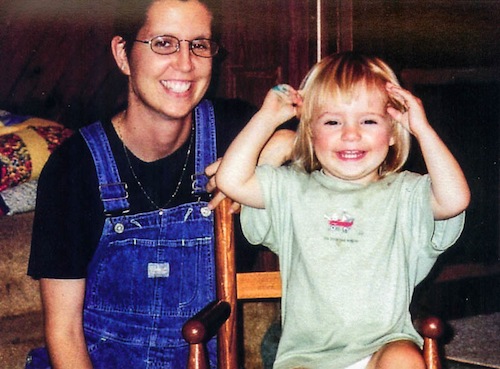 My family offered different types of reassurance. Mom would tell me we would do whatever we needed to do. Every day we talked. Sometimes about big things, other times not. My younger brother, Josh, would say he believed in me. My dad would tell me that he loved me.

Larry’s family wanted to help out in any way possible. Larry’s mom and his sister Kathy became Sydney’s regular babysitters. Larry’s sister Kim sent me a package from Minnesota where she lived. Included in it was a tabletop stone fountain whose trickling water sounded so peaceful. It was healing.

Pam, a woman who also taught school and attended our church—I woman I had never really known—became an angel as well. Her husband, Jim, had died of cancer a few years before I was diagnosed. He was a teacher at the high school, a coach, loved by many. Pam was left with two school-aged children to raise on her own. Pam believed in nutrition, positive thinking and prayer. She offered me all sorts of resources in our very small community. Her radiant spirit calmed me. She joined my group of those who believed in my ability to kill cancer. She told me that we would do anything we needed to, hire a chef, go see different doctors, whatever it took. Pam believed that Jim could have survived if he had had the strength to fight by using diet, exercise and meditation. Pam always had encouraging words for me, words that had substance that led me forward in my fight.

I had someone to watch Sydney every day so I could spend some intense time fighting cancer through prayer, exercise and meditation. Lois, Sydney’s adopted grandma, had been watching her most of her life. She continued to watch Syd, and refused to be paid.

These are only some of the many people who supported me during my fight with stage IV breast cancer. It is my hope that these examples will help give you ideas on how to support someone going through a fight with cancer.

If these examples of love and support speak to you—if you’re interested in learning more about my story with cancer—please take a look at my book Every Day We Are Killing Cancer. My book is not just my story. It also details how friends, family, medical professionals, acquaintances and even strangers pulled together to support and help me through. My book is a wealth of information on how to support someone with cancer. 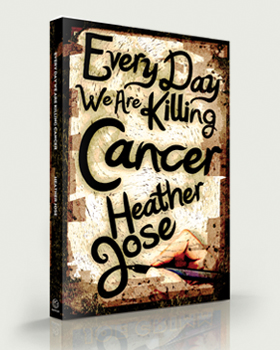 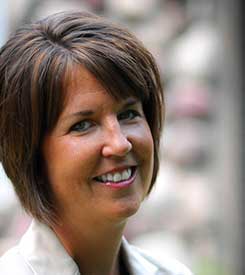