We welcome you to use the materials on this page for any coverage, newsletters, blog posts and other online mentions of Dr. Wayne Baker and his book, United America. Please help us by adding a link to readthespirit.com to your coverage or a direct link to https://readthespirit.com/bookstore/books/united-america. 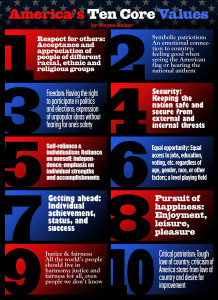 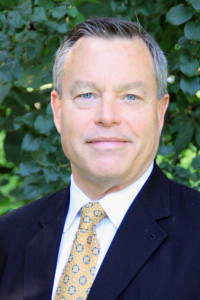 Dr. Wayne Baker, for media use.

Dr. Wayne Baker is Chair of the Management & Organizations area at the University of Michigan Ross School Of Business, Robert P. Thome Professor of Business Administration, and Professor of Management & Organizations. He is also Professor of Sociology at the University of Michigan and Faculty Associate at the Institute for Social Research. Dr. Baker has published over sixty academic articles and five books, including America’s Crisis of Values: Reality and Perception (Princeton University Press). He blogs five days a week at www.OurValues.org, an online experiment in civil dialog. Prior to joining the Michigan faculty, he was on the faculty at the University of Chicago business school. He earned his Ph.D. in sociology from Northwestern University and was a post-doctoral research fellow at Harvard University. Dr. Baker resides in Ann Arbor, Michigan.

UPDATE MARCH 3: WAYNE BAKER IS ON THE ROAD!

Here are some photos from a workshop on United America that Dr. Baker conducted for a large group in Arizona. In his workshop, he made use of materials from our free Discussion Guides, including the Images of America gallery. You’re free to use these photos in coverage of the United America project, if you include a photo credit: “Photo by Cheryl Baker; used with permission.” 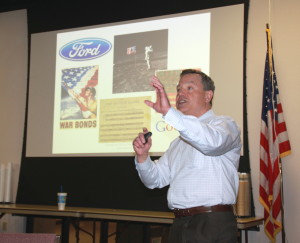 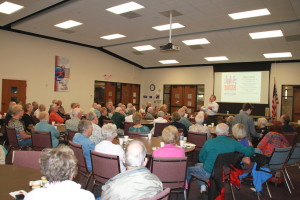 If you had America’s undivided attention for 15 seconds, what would you say?

United America is written in such a way that anyone can pick it up and start reading, even if they begin in the middle. Why did you decide to write the book this way?

Americans value both symbolic, and critical patriotism. What’s the difference?

How does the value of freedom play out in different areas, such as car culture, right-to-work, and populist movements such as the Tea Party? 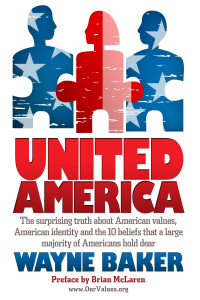 Front cover, for media use.

How does national security compete with other American values such as freedom and respect for others?

Throughout United America, you have reader comments from your daily blog, OurValues.org. How did regular contact with your readers influence the writing of United America?

How does the value of equal opportunity influence Americans’ views on same-sex marriage?

Why should Americans rethink the value of “getting ahead”?

Why do you call military veterans the new American minority?

This book is unique. It’s different from the many manifestos published by political activists, because United America is based on years of scientific research at one of the nation’s leading universities. Dr. Wayne Baker’s finding that ten core values unite the vast majority of Americans is a startling conclusion, drawn from rigorous nationwide research. These ten core values were identified from data collected in four nationally representative surveys administered over a two-year period by the University of Michigan Institute for Social Research (ISR), the world’s premier survey research organization. The surveys were funded in part by the ISR and the Carnegie Corporation of New York. Dr. Baker and his team designed their survey questionnaire after in-depth analysis of past research methods followed by extensive pre-survey research with focus groups, cognitive interviews, and pilot tests. The data were analyzed with a battery of statistical techniques to ensure the validity and reliability of the results.

Dr. Baker is available for interviews, talks, keynote addresses, and seminars. Contact him at [email protected] 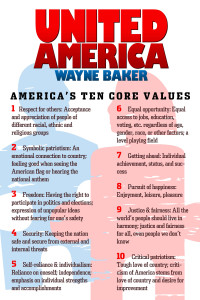 The 10 Core Values, for media use. 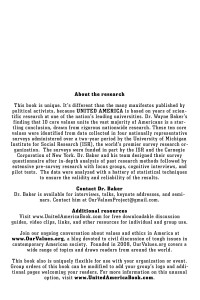 About the book, for media use. 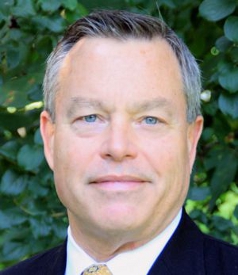