This week marks what would have been Dad’s 73rd birthday. He died last January after a long debilitating illness.

My family was all together in Disney World for his birthday last year, on a trip that was planned years in advance. We had no idea of the timing, but it was bittersweet as we all gathered there. We marked the day with a spirited round of Happy Birthday after a waiter had brought out a dessert with a candle for the occasion. I felt bad for Dad as he tried to identify who this special dish belonged to, but it was really nice of my brother to have ordered it to acknowledge the day.

We set it in the center and enjoyed it together.

A year later I am doing fine, but I have to say that grief is a strange thing. It sneaks up on me at random times, with seemingly no trigger. More often than not I simply long to have another conversation with him. Or just to ask his opinion about something. He always had an opinion.

There are many levels of grief and loss. This journey is different for everyone. I had a lot of time to prepare for Dad’s death and, at the end, he wasn’t the Dad I had known. I think that made it easier to let him go. In some ways, the end was a relief.

However, I never feel like I can say that without a bit of guilt.

It was a different story when a couple, who are friends with my mom, lost their adult son this year after caring for him since birth. He was in a wheelchair and while not expected to live through his teens—he lived to be 50. His parents cared for him every single day. It was a process that took hours. It was very physical work. They did it with love.

They had built their lives around him. The hole left in their lives is much bigger to fill as they try to find a new “normal” without him.

They say that sometimes the hardest thing is to face people. Since their son passed more than one person has told them: “It must be such a relief to not be providing all that care anymore.” But the truth is they would much rather be able to care for him each day.

The truth is I don’t have a lot of experience with death. I can see that we all grieve differently, and that time may relieve the pain but it doesn’t take away the loss. We try, in our own inadequate ways to comfort, but sometimes that makes it worse. 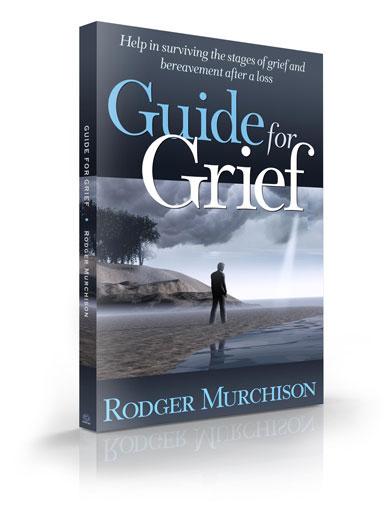 I want to close by recommending the very helpful book on grief by my colleague the Rev. Dr. Rodger Murchison. His Guide for Grief includes both scientific research on grief as well as Rodger’s lifetime of pastoral wisdom in working with families. One of the central themes of his book is that we all should be compassionate toward friends and loved ones who grieve over what may seem like long periods of time.

Rodger writes that noted experts on grief warn: “We should be suspicious of any full resolution of grief that takes under a year.” For many people, the pain of grief lasts more than two years—in other words, even beyond a couple of cycles of annual “anniversaries” without our loved one. And, in some cases, the pain of grief can last much longer.

“No one welcomes grief,” Rodger writes, but “grief itself is not the enemy. The definition of grief is our response to loss. People grieve for all kinds of reasons: loss of a loved one to death, loss of health, loss of job, loss of relationships, infertility, separation, infidelity, divorce, spiritual crisis, retirement—on and on. Grief is like breathing air and drinking water. If you are going to live—then you are going to grieve.”

And, please, do a good deed this week and share this column with a friend. You can do that easily by using the blue-“f” Facebook icons or the tiny envelope-shaped email icons.

As we founded WeAreCaregivers earlier this year, we promised to cover a wide range of issues facing the millions of caregivers working every day across this country. But one subject we haven’t addressed is death—a fear that looms large for many of us. At least at times, doesn’t it?

Now, as we count our blessings and give our thanks this November, it seems appropriate to touch on this subject that affects so many families in so many ways. Today, caregiving expert and author Benjamin Pratt writes about how deeply a death in the family can unsettle our lives. As you approach the year-end holidays, if your family is still coming to terms with a death—well, consider Ben’s story …

As you enter the “family holidays” time of the year, think about all of the men, women and children you will encounter who are still within a year of a deeply felt death. And remember my advice, even if I forgot it for a while: Be tender and gentle with one another.

PLEASE, share a comment on Ben’s column. We also give you permission to share and even republish Ben’s column, as long as you retain his byline and include a link back to http://www.WeAreCaregivers.com, a part of the readthespirit.com online magazine. Want more from Ben? Check out his book, A Guide for Caregivers. (Psst! It’s a great holiday gift for someone you love.)