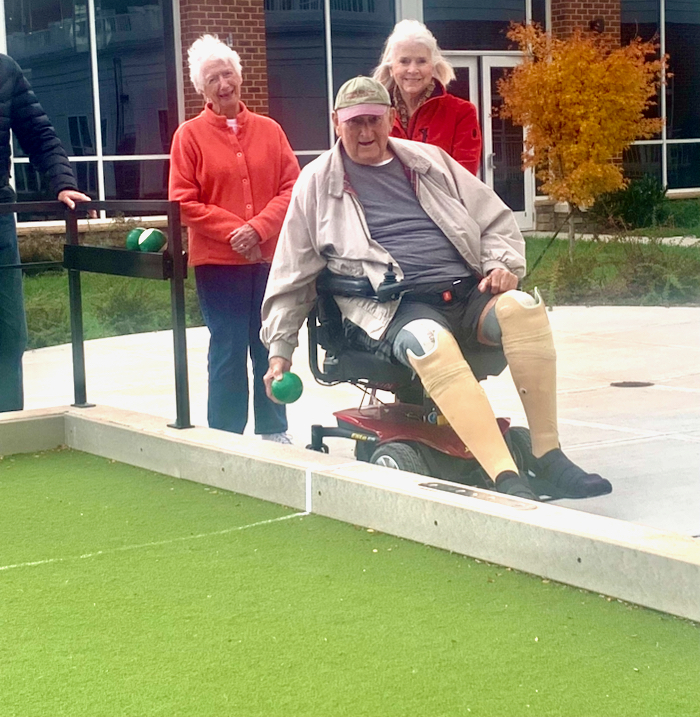 Carl is Commissioner of our bocce league and loves to play from his Electric Mobility Vehicle (EMV).

Carl pulls his EMV up to the side of the court. Carl is a double amputee who serves as Commissioner of our Bocce league and loves rolling the balls.

Describing his aim for first-time observers, he says, “Now I’m supposed to put this green ball close to the little white ball that’s blocked by that red ball.” We all encourage him and his face grows serious as he leans over the side of the court—poised oh so carefully.

With his practiced arm, we know that he can do pretty much whatever he sets out to do. And, sure enough, that green ball grazes the red ball, knocking it out of the way, leaving his ball closest to that little white ball called pallino (“the bullet”) in Italian.

This is the last of his team’s four green balls—so his roll is in position to win one for the team.

But, there’s still one red ball to roll! 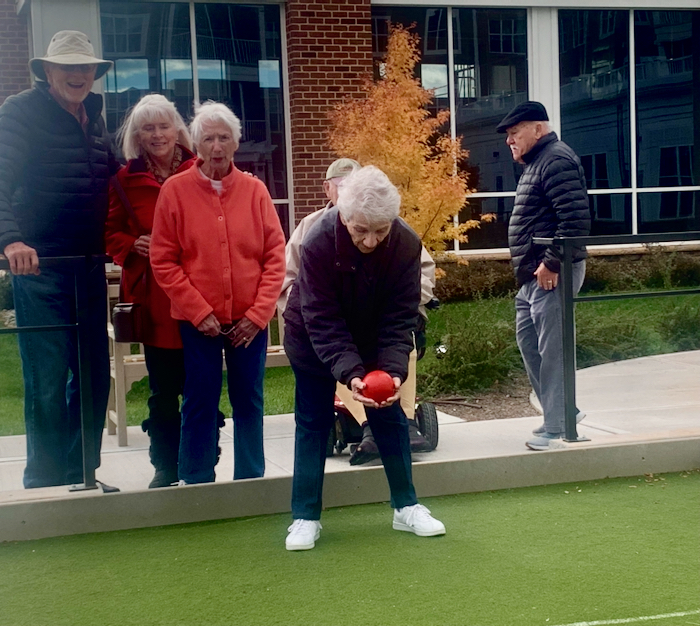 That’s Dee preparing to roll her ball. I’m standing at the left side of this photo cheering for my teammate.

Dee, 92, steps onto the court. She likes to use both of her hands to roll the ball underhand between her knees—similar to the way ol’ timers sometimes shoot foul shots in basketball. She paces back and forth seeking just the right angle.

Finally, she bends over, rocks back and forth. But she doesn’t roll that ball.

Wait! This roll potentially is for the win!

She rises and takes a moment to seriously studying the situation. Finally, she assumes her delivery position, rolls the ball and both teams gasp! Her ball rolls perfectly down the court and nudges the pallino—and comes to rest just 6 inches away! She has won the third game of the match, giving her team two wins and only one loss.

Losses come in many forms for aging persons—the death of a spouse, the loss of health, mental acuity, bodily functions, old friends, but one thing does not seem to wain—the enjoyment of good competition.

Bocce is a sport accommodating to persons of all ages, skills and abilities and despite physical limitations. Bocce belongs to the boules family. Having developed from games played in the Roman Empire, Bocce evolved into its present form in Italy.

The accessibility of bocce to people of all ages and abilities has helped the sport to spread in recent years. Out of 1,700 residents in our Continuing Care Community, over 250 signed up to play in our league competition. We have three leagues with ten teams per league playing in the spring and the fall. Women and men play with equal and very competitive skills that bring a sense of belonging, companionship and the delight of winning and the disquiet of losing.

And with that, I say: 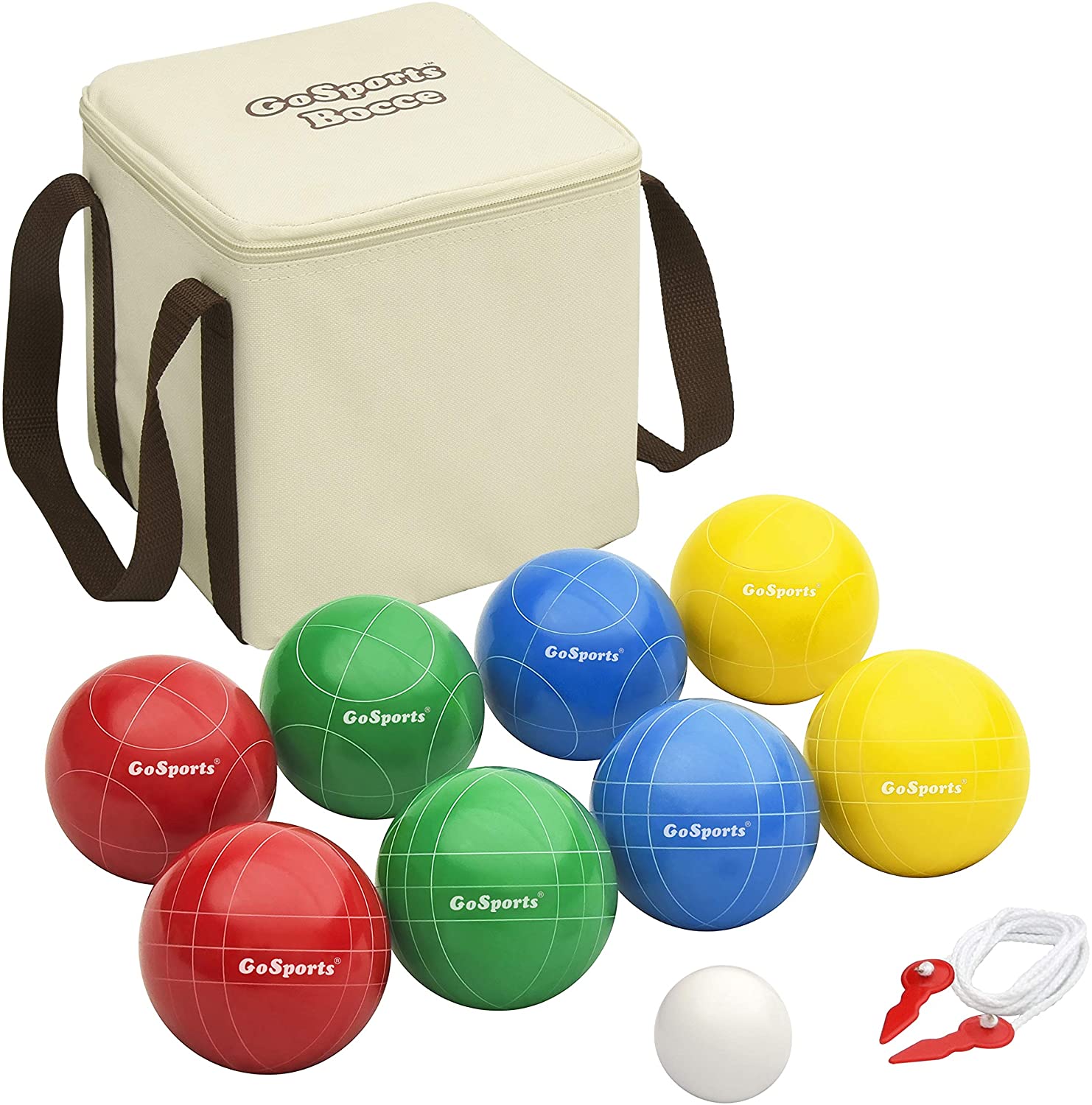 Clicking on this photo will take you to the current “Amazon’s Choice” bocce set, rated at 4.8 stars after nearly 4,700 customer reviews. Want to see other options? Just type “bocce” into the Amazon search bar and you’ll find dozens more.

THERE ARE DOZENS OF BRANDS of Bocce sets available on Amazon and at other retailers nationwide. The currently ranked “Amazon’s Choice” bocce set costs less than $40.

THERE ARE MANY SOURCES FOR BOCCE RULES. Here are two: Based near Washington D.C., the Rev. Dr. Benjamin Pratt is a retired pastoral counselor with 40 years of experience working with men and women facing a wide range of stresses and tragedies. He is a Fellow of the American Association of Pastoral Counselors and a retired member of the American Association of Marriage and Family Therapists. He writes regularly for ReadTheSpirit online magazine.

You can learn more about him, and all of his books, by visiting his Amazon author page.