This letter from Ann Landers was one of the greatest thrills of my young life! 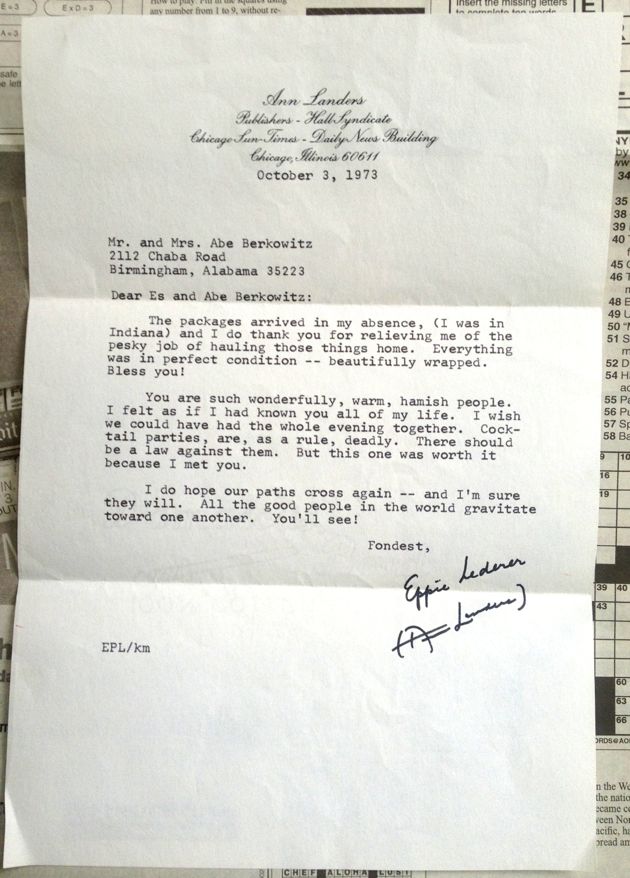 I‘ve had a lifelong passion for advice columnists, starting with Dear Abby when I was about nine or ten. This was my after-school routine: get home at three-thirty; grab the pertinent section of the Atlanta Journal-Constitution; head for my room where I’d sprawl on my floor and pore over the day’s crop of troubles. Unruly children, family spats, unrequited love. Dear Abby always had an answer, soothing words of good sense that tied up each day’s angst with a bow.

The rise of American advice columns really rests on the shoulders of twin sisters: Dear Abby was born on the Fourth of July 1918 as Pauline “Popo” Esther Friedman in Sioux City, Iowa, to Russian Jewish immigrants. Her twin sister was Esther “Eppie” Pauline Friedman, better known to the world years later as Ann Landers. Both studied journalism and psychology in college.

For a while, the sisters even managed their love lives in tandem. They were married in a joint ceremony in 1939: Popo to Morton Philips, which made her real name Pauline Phillips, and Eppie to Julius Lederer, after which she signed her real name Eppie Lederer.

Popo took over an ongoing Chicago Sun Times byline, Ann Landers, in 1955—although not even trivia champs will recall the journalist who created the column (a Chicago nurse named Ruth Crowley, who wrote from 1943 until her death in 1955).

Eppie started a year later at the San Francisco Chronicle and got to choose her own pen name. She turned to the Bible, to Samuel, where it said in her English translation of scripture: “Then David said to Abigail … ‘Blessed is your advice and blessed are you.” In their prime, the Friedman sisters each had an audience of about 100 million readers, although Abby always claimed slightly more.

As they rose in fame, newspapers, magazines and even standard reference books began to list the Friedman sisters among the world’s most influential women. They also became infamously estranged from each other.

One of the greatest thrills of my young life was hearing my grandmother tell the story of meeting Ann Landers! They had met at a benefit event in Birmingham, Alabama. Sometime during the evening, Eppie had a run in her hose or a tear in her skirt. Whatever the wardrobe malfunction, my grandmother had supplied the necessary fixes. Above, today, you’ve seen the letter of thanks Eppie wrote to my grandmother, whose mother’s maiden name was Lederer.

Flash forward forty-something years to this past February when the Detroit Jewish News put out a call for an advice columnist for their monthly edition of the Red Thread.  I leapt at the chance, wanting it in the worst way. I was determined to snare the gig if at all possible and honed and shaped my responses to the three test questions.

Come March I learned that I had been chosen. A childhood dream had come true—the advice column was mine.

ABBY, ANN … AND THE MAYTAG REPAIRMAN

But these days I’m feeling less like Dear Abby and more like the Maytag repairman, who famously moans: “No one calls!” Or, in my case: No one writes! Well, almost no one.

Wit, wisdom, and well-prepped advice languish in the ether, in that space where my sechel* meets my fingertips and my fingertips meet my keyboard. You can’t tell me that in a Jewish community of tens of thousands there’s no heartache? No dilemmas crying out for solutions? No tussles over who eats where and with whom for the Holidays? No eccentric relatives who spill the beans at inopportune moments? No twenty-somethings stymied over how to get the ‘rents to lighten up and stop interfering? And what’s more, heartache knows no denomination. You don’t have to be Jewish to write to Dear Debra. Troubles are universal.

So nu? What are you waiting for? Dig Dear Debra out of her doldrums. If you’re aiming at my southeast Michigan Red Thread advice column, connected with the Jewish News, then direct your dilemmas to me at [email protected]. Read more of those Dear Debra columns here.

And what if you’re not Jewish? Well, my motto is: Heartache knows no denomination. So, if you want to reach me as Debra Darvick—the Read The Spirit author, columnist and roving public speaker—email me via [email protected]. 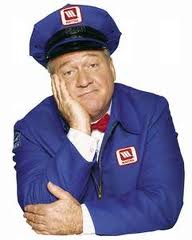