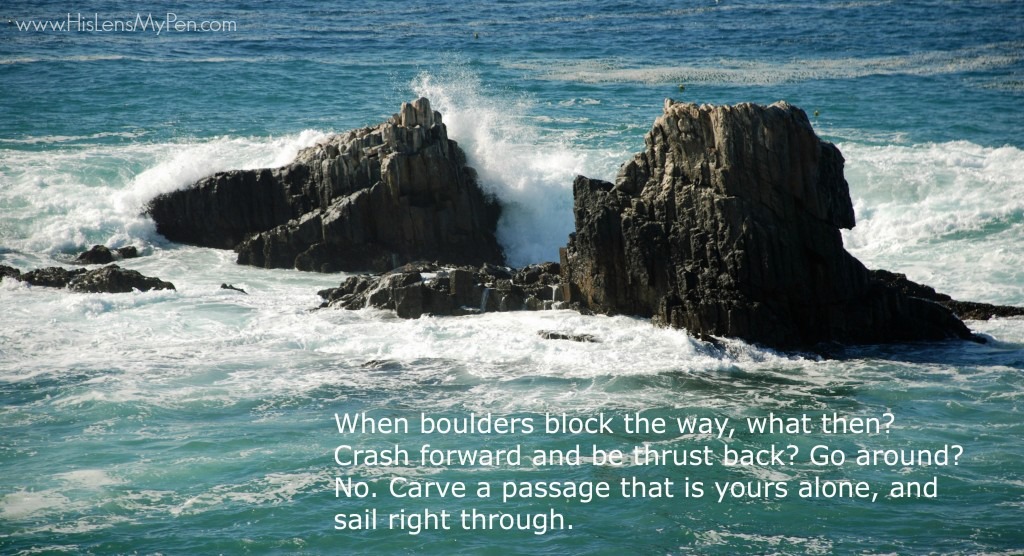 2013’s final His Lens/My Pen image was taken in Laguna Beach, California. It was a cool January afternoon. Martin and I found this spot at the end of a neighborhood street. One after another after another, the waves crashed against these boulders, insistent, intrepid, interminable. Looking at the notch they had worn through sheer rock, I realized that’s what we have to do in life: never cease moving forward, never let barriers keep you from getting where you need to go.

If you’re new to this His Lens/My Pen series it’s pretty simple. My husband snaps the shots and I write the words.  Go to HisLensMyPen.com and enjoy some of the images you may have missed. Join in this week’s discussion: recall a time when you have worn through sheer rock to get where you needed to go.

This images, and others in the series, are now available as 5×7 greeting cards at my new Etsy Shop — TheInfinitePeacock.  Check it out!