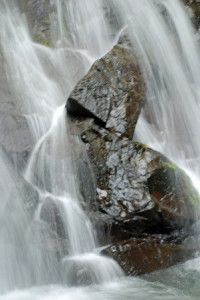 From time to time I have been invited to give the weekly Shabbat sermon at synagogue. Each Shabbat has  name, which is drawn from the weekly Torah portion that is read at services, in part on Monday and Thursday mornings and more fully on Saturday morning. This week’s portion is called Shabbat Chukkat. It is most widely known for the laws about the red heifer, a perpetually mysterious ritual of expiation for sin.

However, when I sat down to write my sermon other events to explore in the portion piqued my curiosity — the death of Moses’ siblings Aaron and Moses and Moses’ fateful striking of the rock to bring forth water.  Grief has been a  prominent emotion these days (alternating with the still resonating joy of our son’s wedding), making this perhaps a good time to revisit the sermon. Thanks to Martin, as always, for the perfect image.

Two elements in Parshat Chukkat are rich with possibilities for exploration. The ceremony of the red heifer has kept scholars busy for centuries. This parasha is also pivotal in that the generation that left Exodus by foot is dying out. Rashi goes further, interpreting the phrase “kol ha eda/the entire community” to mean that all of those who were meant to die in the wilderness have died. Only Miriam, Aaron and Moses remain.

But as I read through these chapters again, something else caught my attention, and that is what I would like to explore this morning. Chapter 20 begins thirty-eight years after the red-heifer commandment. It opens with this verse: “The Israelites arrived at the wilderness of Zin and stayed at Kadesh.” And then the last half of that verse: “And Miriam died there and was buried there.” Vatamat sham Miriam vatikaver sham.

Boom. Five words, not even an entire verse, and one of the three siblings upon whose shoulders this journey has rested, is gone. There has been no foreshadowing of Miriam’s death. No instructions from God as to the disposal of her body. No explanation or rationale for her death, either. And most striking (no future pun intended), no mourning.

Twenty-three verses later both Aaron and Moses get a heads up from God that Aaron is about to be “gathered to his kin.” There is ritual as Aaron’s vestments are taken from him and are placed upon his son Eleazer. Aaron dies on the summit of the mountain. Moses and Eleazer come down from the mountain (where we could assume they spent time mourning the death of their brother and father) and we are told, “the whole community knew that Aaron had breathed his last breath. All the house of Israel bewailed Aaron thirty days.”

Miriam’s death was recorded with none of this: no ritual passing on of her legacy as was done in transferring Aaron’s vestments to his son; no assumptive mourning by her siblings. And who in the community bewailed Miriam’s death? No one it seems. The text gives no evidence that anyone did, for a day even, much less thirty.

And not only does the community not bewail Miriam’s death as they will soon do for her brother, but they forget about her completely. The very next verse tells us, “The community was without water and they joined against Moses and Aaron.” The Children of Israel do what they have always done when their comfort is compromised: they complain. They blame. They pine for Egypt where it was comfortable and cozy and filled with pomegranates and figs.

If we follow Rashi’s insight that none of the original community was left, then those who are griping immediately after Miriam’s death are the progeny of the former slaves. They learned the lessons of their elders to think only of themselves when the going gets tough. “There is not even water to drink!” they wail without ever thinking why their life-sustaining source of water is no more. Not one lamentation such as: “Oh woe. Our sister Miriam is gone. And so is our water.” They don’t even bother to connect the dots between Miriam’s absence and this sudden absence of water. The depth of their self-centeredness is enough to make you want to strike a rock.

I imagine Moses at the end of this journey, aging and tired, grieving for this sister. Water has bound them together since his infancy when she set him afloat upon the Nile to save his life. Through her merit, the Midrash teaches, a well of water accompanied the Israelites throughout their journey. Was Moses given time to mourn this sister whose merit was so great God provided for the children of Israel a portable well of water? No, Moses is immediately set upon by the community to provide water, to take his sister’s place, or at least her role in providing water.

Grief can make you do strange things. It’s not uncommon for anger to follow upon grief’s heels. Anger at God for stealing our loved ones or robbing us of our own good health. Anger at our own bodies for betraying us. Anger, even, at the one who has left us behind, crushed, spent and devoid of all hope. Moses, whom we have not even seen rend his clothes in grief, has to take up the mantle of leadership and serve his people once again. But this time he falters. Or maybe he has had enough.

Instead of following God’s directive to speak to the rock to bring forth water, Moses speaks to the people, addressing them as rebels, morim. In the Women’s Commentary, Ora Horn Prouser notices that the consonants in morim and Miriam are identical. Perhaps here is Moses’ anger, directed not only at his people, but at his beloved sister for leaving him behind. His own eyes devoid of tears, dry as his sister’s well, Moses makes the fatal misstep. He strikes the rock, not once but twice.

I imagine this act as Moses’ kriyah. We never read that he rent his clothes; we do not hear the sound of cloth tearing. But we can imagine the sound that Moses’ staff made against the rock. If the striking of the rock stands in for Moses’ kriyah, perhaps the water flowing from the rock stands in for his tears. That water, flowing copiously we are told, carries with it Moses’ fate. For not obeying God’s instruction, he will not be allowed to enter the Promised Land.

What are we to learn from this punishment? It is as puzzling as the red heifer story. How can Moses be punished for such a seemingly small, and infinitely understandable diversion? What was he really being punished for? Not listening? Getting angry with his thirsty crabby tribe? Rabbi Gail Labovitz imagines that God punishes Moses for misdirecting his anger onto his own people instead of onto God’s own self. It was this failure of faith in his relationship with God, Labovitz posits, a lack of confidence on Moses’ part that God could comfort him in his grief that led God to keep Moses from entering the Promised Land.

Whether that sits well with you or not, it still doesn’t answer the question why Miriam’s passing receives the barest of notice. My first thoughts ran along feminist paths. Women’s work always gets short shrift. It’s so invisible, so basic. Everyone looks at the machine and thinks that’s where the importance lies. No one considers the silent and invisible oil that keeps the gears turning so they can run the machine. And while I don’t necessarily want to graft upon this text feminist plaint, I will suggest that the silence about Miriam’s death is a reminder not to take for granted the most basic of gifts in our lives: good health, food, a warm and clean place to sleep, the love given us from family and friends, the reality that here in America I am free to explore Torah with you on a Saturday morning and you are confident that you can roll out of bed and come here. Or not.

The metaphor between water and Torah is strong. Our thrice-weekly reading is based on the teaching that since our physical body cannot go more than three days without water, our soul cannot go more than three days without Torah. If Miriam’s gift of water was so easily taken for granted, perhaps the lesson of the silence upon her passing is to caution us against taking for granted God’s gift of metaphoric water — Torah.