The cold doesn’t seem to affect this little guy in the least!

Although the custom has been to post a His Lens/My Pen the last Monday of the month, I figure this image is pertinent now. Who knows? We might have a spring thaw next week rendering this image irrelevant.  Yeah, right. The phrase a snowball’s chance in hell comes to mind. So with snowballs and snowmen on my mind, I thought I’d share this shot of a snowman I built last winter.

When I was a child, a snowstorm hit Atlanta. Real snow — white, freezing, six-pointed flakes — the whole megillah. I scooped and gathered ecstatically, piling handfuls of snow atop one another.  After a couple of hours, my first and only snowman measured about three inches high. Proud and chilled, I went in. He was gone by afternoon.

Up here in the Klondike, snowmen are part of the landscape. I try and build one every season. Those who know me know I’m not, I repeat not, partial to the cold. I’m not one of those who eagerly awaits the brisk turn of fall to break out all my sweaters. But I do love making snowmen.

There’s a wild abandon that comes with making my snowman. Not only do I feel like a child, but I connect to the particular experience of being a Southern child caught up in the utter magic of once-in-a-lifetime winter wonder. Delight bubbles up. I laugh. I drop all curmudgeonly complaints about frigid temps, shoveling, and developing those awful skin cuts around my thumbnails.

For however long it takes, or however long I can stay out there, I am a child once again — happily patting handfuls of snow into place, stopping every now and then to sweep a snow angel or two into existence. Reconnecting with that inner child puts everything else into perspective. I am totally present, at complete attention full and exuberant. Time may wait for no man, march on and leave crow’s feet behind. When I am making a snowman, or having fun in any way, time vanishes and a regenerating life force fills the space.

So go have some fun — whether of the snow kind or another. And if you know someone who needs to remove his or her grownup mask and rediscover that inner child, send them a link to this column. Or send them this card from our Etsy shop. It’s going to be a long winter. Best to season it with some fun. 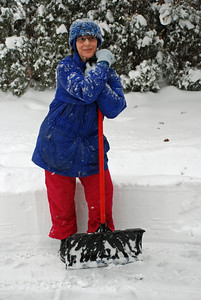 Realized today as I was clearing the driveway of snow for what seems like the dozenth time that I have lived in the midwest for more than half my life. Way more. Excepting a six-year sojourn in New York and a delicious junior year abroad, I have lived in the country’s midsection since 1974. And it was snow that first tempted me. Yeah, snow. The white stuff falling relentlessly this year, the drifts multiplying faster than the water-schlepping brooms in Fantasia.

I went to Kenyon College, drawn in part to the promise of living in snowy Ohio. I was a kid from snow-challenged Georgia, mind you. The only snowfall of my childhood I spent hours scraping every flake I could into a little mound that was meant to be a snowman. It never even reached snowboy status. Kenyon didn’t disappoint. The snow of ’78 (my senior year) forced three days of cancelled classes. I loved every thigh-high-in-snow minute of it.

And then six years after graduation, a move to Michigan. And snow. Which quickly lost its charm. Oh, it was fun sledding with the kids and building snowmen. Coulda made a whole football team with plenty left over for the coach. We live near a lake and even went ice skating a time or two.

But the snow quickly became a bother and a hindrance. I don’t like driving in it. And there is so much to put on. And to lose. Gloves, hats, scarves, mittens, thermal longjohns. And boots. Let’s not forget the boots that make me feel like Lurch, the Addams family’s butler.

But the boots do keep my feet toasty while I’m shoveling. And after a snow like we had this weekend there is the powdery hush that stills the world and turns our block into the dreams of my childhood — crisp, white, iced overnight with magic. Snowflakes are miraculous bits of Divine engineering, every spoke fringed or feathered by Nature’s Arctic hand. There’s a certain satisfaction to shoveling a driveway neat and pristine and then coming in for a well-deserved cup of hot chocolate.

I love the way even the smallest branches are frosted to their tips. As I write, a pair of cardinals flits through the tree beyond the window; the mister’s feathers are barber-pole crimson against the snow-laden tree limbs. The snow scatters beneath them as they take wing, chilled and exhilarated perhaps, or maybe just cold and hungry and yearning for spring.

As much as I sometimes say I want to get the heck out of this State and leave behind the snow plow, the shovels and the back-up gallon of blue windshield de-icer, I would miss a morning like today’s. I would miss the crystalline air and the utter softness of this transformed rain. And I would miss the opportunity to bundle up and go out in the front yard and fulfill once again a childhood dream. 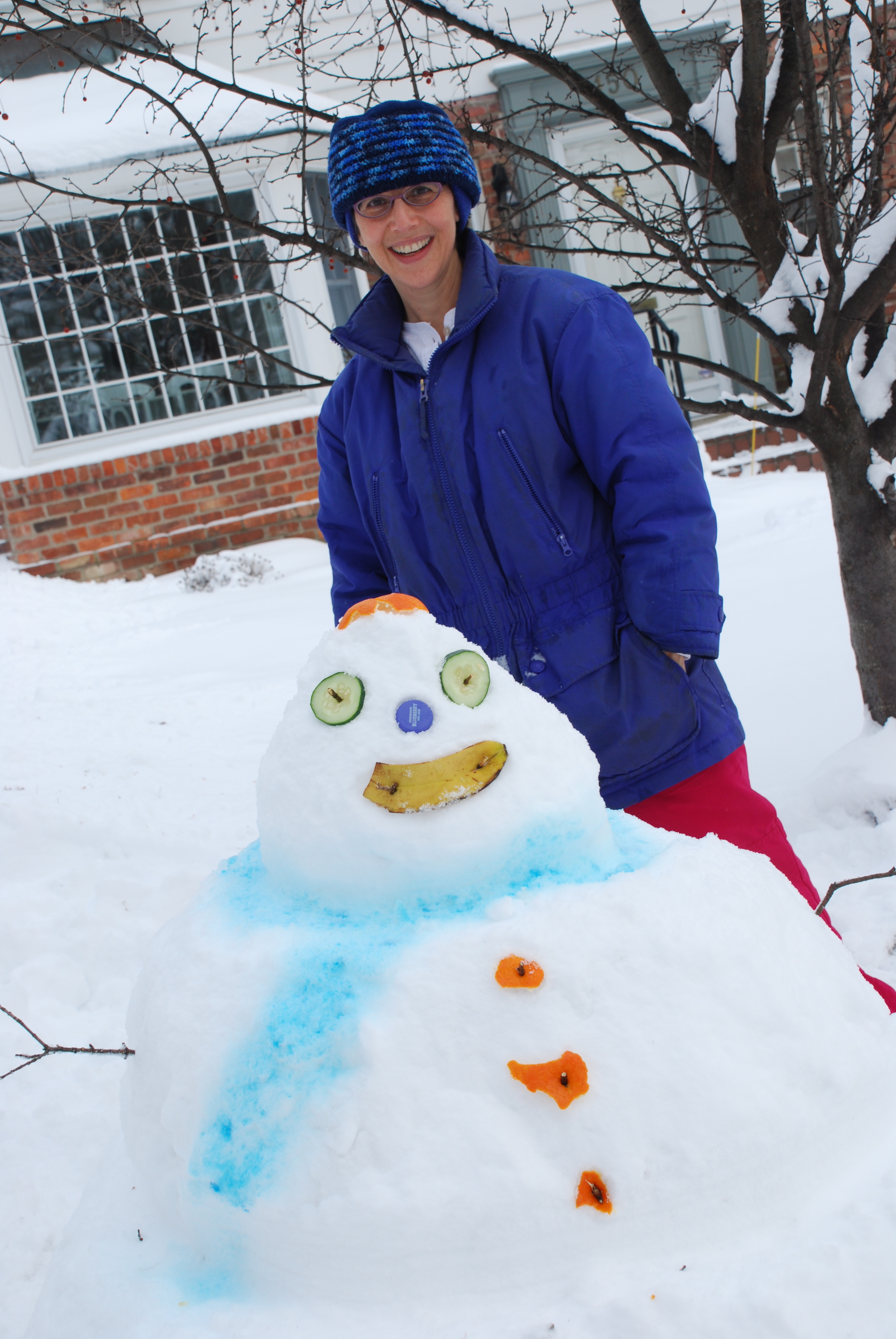 UPDATE…………
Over the weekend we had another six inches of snow. Or maybe it was six feet. At least that’s what my back and shoulders are telling me. Total winter snowfall is now forty inches. Twice the usual.

The gutters are fanged with icicles

I tell guests to come to the side door lest they run the risk of getting impaled by one of Nature’s phenomena — an icicle is what you get when water melts and freezes at the same time. Forget about childhood dreams and a snowfall’s powdery hush. I’m tired of shaking Nature’s Arctic hand. Did you know Currier & Ives retired to Sarasota? Yep. Sarasota. Here’s what Frosty has to say about it. I’m with him. 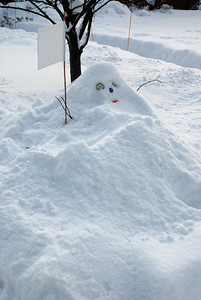