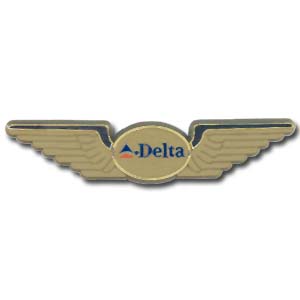 “5…4…3…2…1…” The four-year-old who had been intermittently kicking my seat as the plane taxied from the gate, switched into high gear.

“Momeee…Herewego!!”  she prattled in a voice more singsong than speech.  “Bye bye world!”  Her rapture was so contagious I forgave her those last two kicks.

I began flying at about the same age as the little seat kicker. Alone. My parents put me on the forty-five minute Delta flight from Atlanta to Birmingham, Alabama to visit my grandparents. I sat up front and the stewardess played with me, read books to me. When I boarded, she pinned little plastic wings to the collar of my dress, making sure that I had extra cookies. (Boy, am I dating myself. Imagine. Once upon a time Mary Janes and Polly Flinders dresses were de rigeur airplane attire!)

I loved the magic of flying, watching the world turn into a miniature universe where cars scurried like ants and swimming pools became tiny mosiac tiles, just like the ones I peeled from adhesive netting for nursery school projects. Nighttime flying inspired a lifelong passion for cobalt blue. I was mesmerized, watching for the twinkling constellations down below that guided our plane to safety.

When the plane landed, a metal staircase was locked into place. I took the  steps one at a time, knowing those little triangles embossed into each silver step would lead me to my grandmother waiting at the bottom on the tarmac.  Her image never changed: belted shirtwaist dress, brown handbag over her arm, Cherries in the Snow nail polish.  By the time I reached the last stair I could nearly smell the Juicy Fruit gum in her handbag’s inner pocket. She kept it right behind the accordian pleated rain bonnet that I could never fold back into place after playing with it.

“Good-bye world..Good bye town!  Hello clouds!” the prattler called out kicking my seat once again.  I allowed myself to slip into her universe — a world where planes were magic carpets not missiles of catastrophe.   Clouds floated by huge and weightless, bouncing against one another in their silent sky dance. The ant-like world down below went about its business completely unaware of us onlookers from above.

“Yippee!!! We’re flying Mommeee!  Flying!” she sang, reveling full throttle in the miracle of flight. I let her take me along, journeying with her to a place where magic still existed and flying was a dream come true.