IN THE SECOND HALF OF OCTOBER, our
ReadTheSpirit staff is regrouping for several projects we will launch
in the next few months. During these two weeks, we’re publishing a mix
of new articles and some earlier stories that are favorites with our
readers.
TODAY, we’re republishing the opening chapter of one of our most popular ReadTheSpirit series — on a pilgrimage to Iona, Scotland. We won’t be reprinting the entire series this week, but you can follow the links to read the other chapters if you enjoy this first chapter:

INDEX to All 5 Parts of our “Pilgrimage to Iona” series:
Chapter 1, Chapter 2, Chapter 3, Chapter 4, Chapter 5
TO SEE AN IONA VIDEO, click on the arrow!

(If your version of today’s chapter does not show a video screen — Click Here to see it.)

CHAPTER 1:
“Down the Rabbit Hole to a Wee Island Far Away” 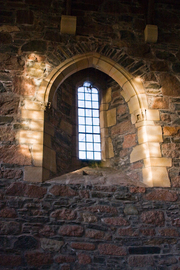 “We will be following … the Way of the Dead, but we also are following the way of thousands of pilgrims seeking new life.”
Author and Pilgrimage Leader Beth Miller

We are bound for Iona, land at the end of the world where priceless medieval art and popular modern song were born on a shoe-shaped island so small that it disappears from most maps. This is the story of our journey into this very real, if usually invisible, land of sailing and spiritual rebirth.
Our leader, author Beth Miller from First United Methodist Church in Ann Arbor, Michigan, convenes our circle near our departure gate at the Toronto airport.
“Pehh-rehh-greeen,” she says so slowly that it is impossible to understand the connection between the syllables.
Then, she links the sounds: “Peregrine.”
“Do you know what it means?” she asks us.
“A falcon?” someone asks.
She nods, and says, “Yes, but alone it means wandering. Prone to wandering. It’s a name that has been used for pilgrims for centuries. We are peregrini.“
She pauses to let us ponder this, then says: “We are pilgrims and what we are doing right now places us in an ancient religious tradition. We understand this calling, even if we have forgotten it for a while. The calling is here inside of us. It’s why we love books like ‘The Lord of the Rings.’ But, remember that in Tolkien’s stories, Frodo did not travel alone. He traveled in a community and that’s how we have chosen to travel today.” 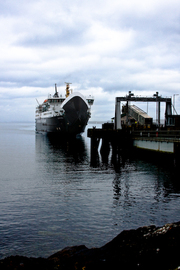 We don’t feel much like a community, restlessly perched in a booming airport gateway. The plane’s other passengers certainly aren’t interested in us. And, as we eye our fellow pilgrims in our vinyl-and-chrome seats, we each wonder if even the dozen of us who professed a certain commitment to this pilgrimage will get along for nearly two weeks of difficult travel at close quarters.
But it’s a pleasant idea. Wandering. Frodo. A fellowship of pilgrims.
We await our flight with Beth and, as she describes our odyssey in more detail, we become mindful that landing in Glasgow, Scotland, tomorrow morning is only one of the steep steps ahead of us toward the rocky peaks of Iona. After Glasgow, there is a bus ride to Scotland’s west coast, a ship to the greater island of Mull, then a night in a cottage near a fishing village, and then a long trek across the treacherous roads of Mull to the granite quarries of Fionnphort.
Then, there is another boat to cross a sound where four experienced men died within recent memory in stormy seas and then — only then — do we reach the fabled Iona.
Our destination: a rocky burial ground of medieval kings, most likely the origin of the famed illuminated gospels known as the Book of Kells, the birthplace of a modern revival of Celtic spiritual music — and, perhaps most remarkable of all, a brave brow of stone for millions of years defying the vast might of the Atlantic.

“We are told that Iona may have been some of the first rock to rise from the seas and, at the end of time, may be the last to vanish,” Beth tells us. “This may be why so many great men and women wanted to be buried there.”
She says, “Toward the end of our journey, we will be following the final path of high kings who passed away long ago, the Way of the Dead — but we also are following the way of thousands of pilgrims seeking new life.” 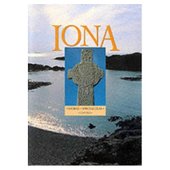 Who wouldn’t feel they were falling into the pages of “The Lord of the Rings” or “The Chronicles of Narnia” with that kind of overture?
Then, our leader’s final words are punctuated by a booming voice from the airport speakers: “This is the final boarding call for Flight …”
As we take a breath and, for a moment, look and listen to the people seated behind our own circle, we contemplate these other passengers, moving so casually to other ends beside us: A young man taps a message on a cell phone. Another reads a paperback thriller and sips a Starbuck’s.
A mother calls sharply to her daughter: “Come here now! We’re going soon.”
A man says to a woman: “It will be green there, very green.”
She says, “I know I’ll love it.”
He leans his cheek close to hers, pauses, then kisses her cheek. 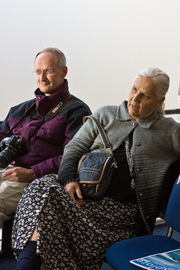 Gradually, we refocus on Beth’s face.
She knows the timing, the pace of leadership, and she has waited to say this next thing: “Pilgrimage takes us outward to our sacred destination, but it also takes us inward.
“What are you seeking? Ask yourself that and consider this, as well: We are each traveling as an individual, but I want us to contemplate the community we are forming.”

Community. There it is again.
Perhaps, but the truth is that the first stage of most trans-atlantic pilgrimages from the United States is a turbulent, solitary dream.
We board our airliner close to evening and buckle ourselves into snug, womb-like seats, knees neatly tucked, arms folded at our sides, braced for the transformation about to take place.
As the plane bumps, then soars, pressure builds in our ears and hearing moves from normal clarity to waves of sound that are barely able to roll over the constant hiss and hum of the plane.
Soon, the air itself tastes foreign as the scents of food and our companions mix into a gaseous stew, like fish breathing in warm water.
Finally, the captain dims the lights, “so that you can catch some sleep,” he tells us in a crisp British accent as he concisely explains the time zones we are speeding through backwards, consuming time faster than normal, turning time inside out.
As the lights fade, only the bright rectangles of movie images glow and flicker form a half dozen screens visible to each of us around the airplane — and most of us cannot sleep. 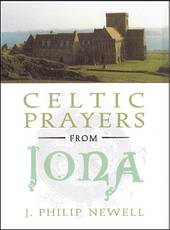 Then, we sleep.
We dream fitfully.
Or do we? Suddenly, I am awake in the wee hours, looking over at the pastor of this Ann Arbor church, the Rev. Douglas Paterson, sitting wide awake on my right with a magazine open on his knees to a bold headline: “Dark Nights.”
What are the odds of that in the middle of an actual dark night?
I MUST still be dreaming in this airplane speeding backward — or is it forward — through time.
But I recognize the reference in Christian mysticism. St. John of the Cross, the great 16th-Century mystic considered a Doctor of the Church, had a famous “Dark Night of the Soul.”
Others, too: Georgia Harkness, the 20th Century theologian and ecumenical pioneer, the famous author Frederick Buechner — and now myself, apparently.

I shake my head, reach out for Doug’s magazine to see if it is real.
“You want this?” he asks. “I’m done with it.”
I nod and discover that it is, indeed, a real magazine as my fingers touch the smooth pages. It’s an issue of Christian Century magazine, a review of “Come Be My Light,” a recently published collection of private writings of Mother Teresa. The key insight in this new book, the reviewer concludes, is that this candidate for sainthood had many achingly real doubts throughout her long life.

I shake my head again. Even Mother Teresa had solitary fears and doubts? This is just great! Just what I want to discover, bumping along in a darkened plane on what we’ve already been warned will be a challenging pilgrimage.
My own doubts come flooding:
Did I pay that last bill before I left home? Back up that computer file? Was it a mistake to set work aside to become a pilgrim?
I try to settle back in my enveloping seat, re-tuck my knees, re-fold my arms, close my eyes. But I cannot sleep.
Not now.
I can’t see much, yet, but I can see this:

I don’t even care much anymore about the people seated around me. I cannot sleep. I am a person of enormous responsibilities weighing on me like a slab of Iona marble on this dark night so far above the earth.

CLICK ON THE LINKS AT THE TOP OF TODAY’S STORY TO ENJOY THE OTHER CHAPTERS.