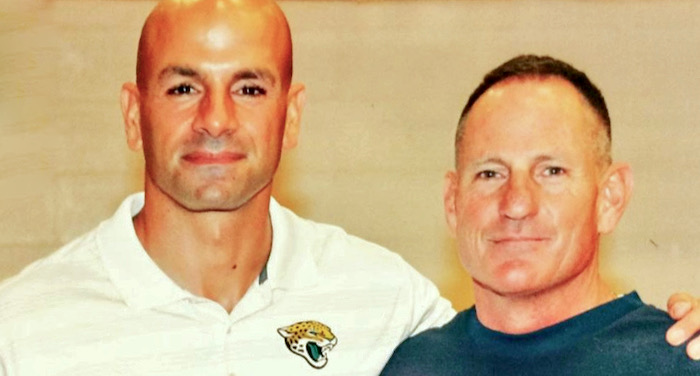 Robert Saleh shattered one glass ceiling when the New York Jets named him as head coach. He’s the first Muslim to lead an NFL franchise.

The bigger question will be how significant an impact his hiring will have in helping the nation as a whole begin to turn the page on the ever-increasing Islamaphobia that has driven too many people in this country since the attacks on the World Trade Center in 2001.

Victor Begg, a successful entrepreneur in Michigan and the author of Our Muslim Neighbors: Achieving the American Dream, An Immigrant’s Memoir, believes Saleh is in a unique position to help Americans begin to move beyond their negative perceptions. Muslims “have been visible in sports and entertainment for a long time,” Begg says. “But Saleh stands out” in two important ways.

First, Begg says, “I think Saleh being an Arab Muslim … and a Dearbornite may put him in a different light” for many people.

Second, football is a sport watched by millions. It’s also extremely “results-oriented,” making it easier for fans to look beyond their own personals feelings or possible misperceptions about Islam and focus on the man.

These two factors combined could prove a powerful force in beginning to change for the better the way many Americans see Islam and Muslims.

Dearborn, Michigan, has long been a city of immigrants. For much of the 20th century it was dominated by Poles, Greeks, and Italians who came looking for work in the auto industry. Arab Americans were initially a smaller percentage of those immigrants in the city, but that began to shift in the latter part of the 20th century.

Saleh was born in 1979 in Dearborn, and quickly fell in love with football. It’s a game the city’s Arab Americans have embraced.

High school football in Texas rightly gets a lot of national attention. However, the passion with which Lone Star State fans follow and play the game is matched stride-for-stride, voice-for-voice by the folks in Dearborn. And Saleh’s high school alma mater, Fordson, is the epicenter of that passion.

Jeff Stergalas played against Fordson when he was a student at nearby Riverview High School in the mid-1970s. Even then, he recalls, “Fordson kids always played hard.”

In 1990, he became the head coach at Fordson and got an inside look at what made the school so special. What struck him then, and stays with him today, is the loyalty of players, fans, and everyone in Dearborn to the community.

Saleh demonstrated that loyalty in in 2001.

He played for Stergalas in the mid-90s. After college, he went to work with financial company Comerica. After his brother was briefly caught in Tower 2 World Trade Center on 9/11, however, Saleh had an existential crisis. He made the decision to quit his job and go back to what gave his life meaning–football. The person he turned to was none other than Stergalas. (The story of Robert Saleh, his brother, 9/11, and his decision to become a coach is told very well by the New York Daily News.)

“In this day and age,” Stergalas says, “loyalty is hard to find. Fordson people are very loyal.”

To be sure, the shared immigrant experience and enduring racial stereotyping plays a role in shaping that loyalty.

“Arab-American Muslims have had to endure constant discrimination and continued subjection to social devaluation,” says Abe Ahmad who played football for Fordson and recently graduated. “Due to the negative stigma surrounding individuals of Arab descent, and specifically those practicing Islam, it is especially hard for Arabs to break down barriers to success.”

This factor alone, however, doesn’t explain the level of devotion Dearbornites feel toward Fordson and their community. Stergalas is neither immigrant nor Muslim, but deeply respected and valued at Fordson.

“Not once during this whole ride that we’ve had with Robert,” he said, “have I even considered thinking about him as Muslim or Middle Eastern.”

So if race and religion doesn’t explain this community loyalty, what does?

It may be as simple as a deep appreciation for the freedom that Dearbornites feel in America that many of them did not feel in their ancestral homelands. They are also committed to succeeding in this country.

In my forthcoming book 30 Days with America’s High School Coaches, Ahmad talks about this: Our families, he says, “come from places where you simply don’t have the opportunities you have here in America, the greatest nation on earth. We understand what this country offers better than many people do,” because the memories of being in lands where opportunities weren’t available is never more than a conversation away.

While the relationship Saleh has with Dearborn and Fordson will certainly play well in the public imagination, it’s the respect he’s earned as a coach, and the success he will have in New York, that will also play a role in breaking barriers.

Fordson’s current football coach, Fouad Zaban, who also grew up in Dearborn and played at Fordson, stressed Saleh’s professional success in an email interview. “Although Robert is Arab American and a Muslim, and we are extremely proud of that,” he began, “the bigger picture is that he is a heck of a ball coach and has earned the right to become a head coach of a professional team.”

He certainly has a tough job ahead of him. The New York Jets have struggled, having experienced losing seasons every year since 2016. Saleh brings a reputation as an innovative defensive strategist, as well as a first-rate leader. 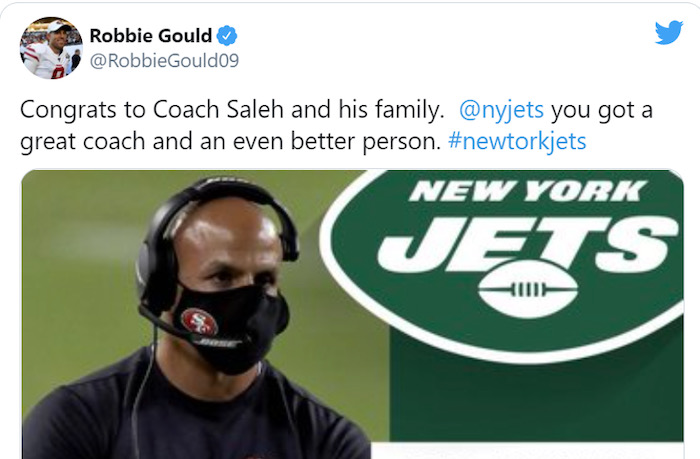 He enters the job in New York having the respect of everyone in the NFL. As he builds his program in New York, he will also gain the respect of fans across the country who, had they passed him on the street, would have placed their prejudices above the man.

Yes–Robert Saleh is carrying a lot on his shoulders. Fairly or unfairly, it’s there.

As a native of Dearborn, he’s been shouldering that responsibility his entire life. Just like every resident of Dearborn.

For Ahmad, Saleh is a reminder of what Coach Zaban constantly stressed to him while he was playing. Yes, we face a lot of discrimination. But you have to rise above it.

“Robert Saleh exemplifies what it means,” Ahmad said, “to ignore the noise of the outside world and the constant criticism of Muslims, and further show the world that the negative stigmas that surround Muslims are unjustified. Coach Saleh,” Ahmad continues, proves “that we Muslims are strong and committed contributors to various institutions such as sports, politics, [and] education.”

Saleh will continue to rise above it. And his community will continue to rally around him. As millions watch him in the coming years on television as he works to turn around a once-proud franchise, the more important American story of Dearborn and its residents will be told and retold.

The combination may be enough to finally shatter the glass ceiling that has kept too many Americans constrained by Islamophobic views they should have long ago been set aside.

At a time when we can’t seem to stop turning on ourselves, how good it is to know that there are people like Robert Saleh who–simply by being who they are–can help us see what Lincoln said 150 years ago: “We must not be enemies. Though passion may have strained, it must not break our bonds of affection. The mystic chords of memory will swell when again touched, as surely they will be, by the better angels of our nature.” 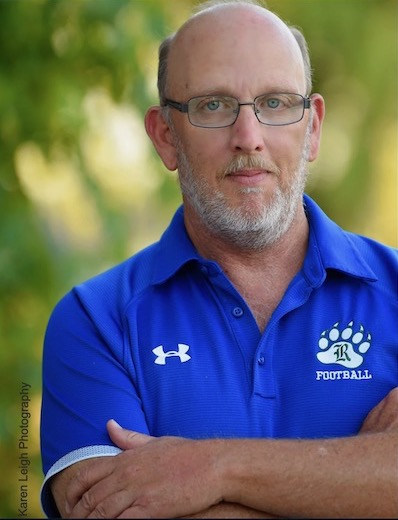 FIRST, do you want to learn more about the remarkable diversity of Muslim Americans? The Michigan State University School of Journalism’s elite Bias Busters team of journalists publishes a helpful guide that is widely used nationwide: 100 Questions and Answers about Muslim Americans. The book is helpful for all readers, and is especially useful for anyone in education, health care, business, media and other professions that involve community leadership—like coaching.

THEN—ARE YOU INSPIRED by this column from journalist Martin Davis? Right now, Martin is working on an entire book of uplifting stories about high school coaches and players nationwide—men and women, black and white, famous and unsung heroes alike. His book will appear as an early 2021 volume in our series of 30 Days With under the title: 30 Days With America’s High School Coaches.