EDITOR’S NOTE: Our annual coverage of St. Patrick’s Day over the past 15 years often has focused on Catholic traditions. So, this year, we invited a Protestant-Anglican writer to reflect on the holiday. In her long and remarkable career, the Rev. Dr. Kate Jacobs has been both a leading Baptist and an Episcopalian. She sent us this fascinating column from her religious perspective on how St. Patrick’s mythic battle with serpents remains relevant today. 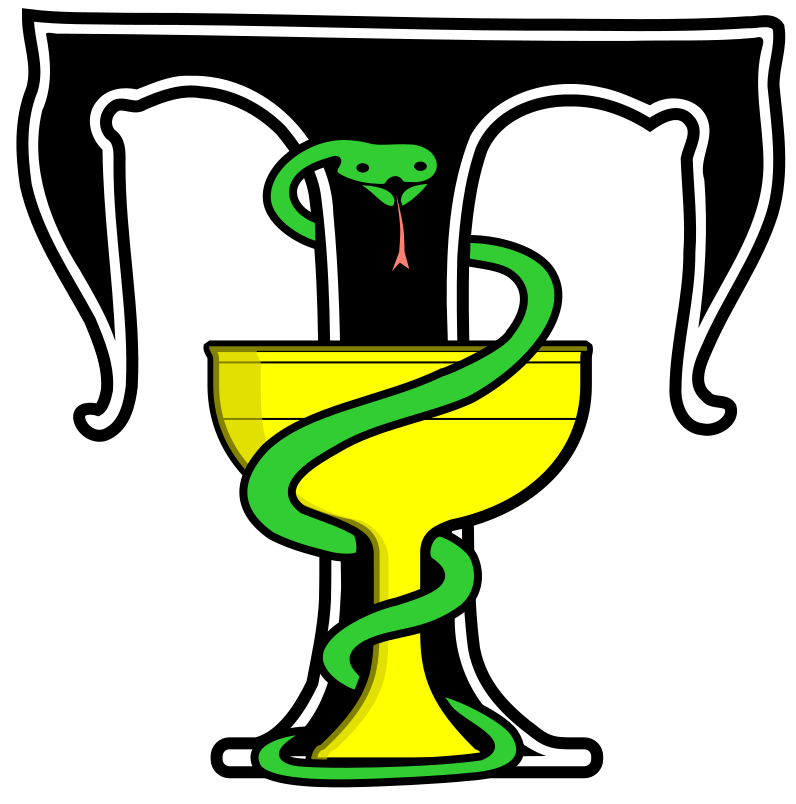 his year, St. Patrick’s Day falls just three days after the fourth Sunday of Lent when that day’s lectionary—the Bible readings used in many churches—will focus on serpents, a synchronicity since legend declares that St. Patrick banished the snakes from Ireland.

Of course, he did not, since there were never snakes in Ireland. The Ice Age made the region too cold and, even after it warmed, Ireland’s separation from the continent by water meant that snakes could not migrate there. 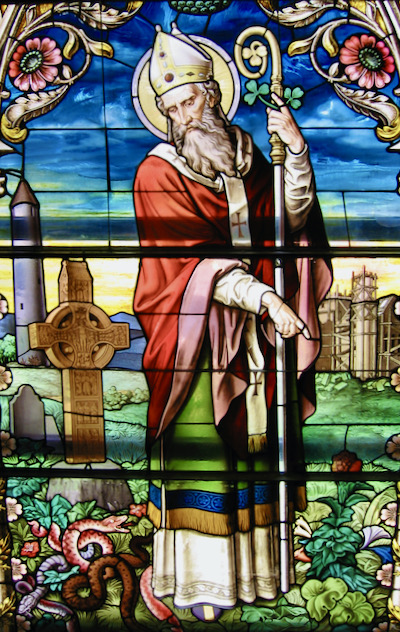 What St. Patrick did, however, is bring the power of Christianity in an attempt to rid the people on the island of the evil spirits arising from within them.

We are told that, when he was young, he was captured by pirates from his home in Britain and taken to Ireland where he was sold into slavery for six years until he escaped and returned home. But then he felt the urgency of God to return to Ireland to call the people to follow Jesus to a better way of living.

As a person with Irish heritage, I love St. Patrick’s Day. Like most people, I also think about the themes of this saint’s legacy through many filters of family, faith and culture. I think about the writings of Walter Wink who pointed to  the New Testament language of “powers and principalities” and said that this phrase does not refer to demons leaping from the sky to wreak havoc on earth—but to spirits arising from our “collectivities” and leading us toward wrong. Wink says that those collectivities may even have been created to do good but over time can become fallen and do wrong, and it is our responsibility to name, engage and redeem those powers.

So, when I think of this venerable myth about the snakes, I think: St. Patrick freed the people of Ireland not from snakes but from the evil spirits arising within the people themselves.

To this day, we are called to confront all that goes bad and inflicts harm through the systems of our age.

There are many snakes in the Bible! Snakes are mentioned more than 80 times, almost always as poisonous and instigators of sin. First in Genesis 3 the snake tempts Eve to disobey God and Adam follows, for which they are evicted from the Garden. Then finally in Revelation 12: “The great dragon was hurled down—that ancient serpent called the devil, or Satan, who leads the whole world astray. He was hurled to the earth, and his angels with him.”

Does the snake (or serpent or dragon) represent an external force that impels humanity to engage in acts contrary to the will of God? Or is the snake symbolic of a system that arises from within us? And what does that interpretation mean for how Christians see the role of Jesus in our salvation? Gabriel Fackre, one of my favorite professors in my seminary studies and also preacher at my ordination service 40 years ago, presented various models for the atoning work of Christ that switched my focus. Atonement requires repentance, forgiveness, reconciliation—all necessary steps to being at one.

As a young woman I had seen the role of Jesus as dying on the cross to appease the wrath of God for our sins—paying the price with his blood so that God’s judgment turned to mercy. But as I looked at the models for the atonement and then looked at the entire life of Jesus and its meaning for our lives, I began to perceive Jesus more as example and teacher who shows us the love of God and neighbor, illuminating and inspiring us to follow him and shape our lives.

That upcoming lectionary text in Numbers 21:4-9 comes when the Israelites are freed from slavery in Egypt and are traveling through the desert. This passage shows how in challenging times we can become angry and cast blame rather than maintaining our journey through the wilderness toward freedom. The text from Numbers says that God sent venomous snakes among the people to bite them so that they repented and Moses turned to God, who told him to place a bronze snake on a pole toward which they would look up and not die. Even when they were poisoned by the serpents, as they looked up at that symbol they were saved. I tend to see that story as myth that conveys deep truth—the people were suffering the harm inflicted by their own evil spirits. Then, as they were drawn to look at the source of that poisoning, they were transformed.

The Gospel text in John 3 gives us words that Jesus spoke to Nicodemus, a Pharisee who sought him out under cover of darkness to inquire about his role. Jesus said, “Just as Moses lifted up the serpent in the wilderness, so must the Son of Man be lifted up, that whoever believes in him may have eternal life. For God so loved the world that he gave his only Son, so that everyone who believes in him may not perish but may have eternal life. Indeed, God did not send the Son into the world to condemn the world, but in order that the world might be saved through him.”

For Christians, the role of Jesus is not simply to die to appease the wrath of God so that when we say his name we are guaranteed entrance to heaven, no matter how we choose to live. I believe that the role of Jesus is to show us how to walk the way of life toward a new day when all people are united as one, all dedicating our lives not for the sake of power and wealth for a few but for peace and the well-being of all.

When we look up at Jesus, as Christians we see the one sent by God to show us how to live, which brings me back to the snakes, the evil spirits that we must name, engage, redeem, so that this might be a world of justice and peace.

So what shall we do?

So what shall we do? How can we banish the snakes from our land for the sake of a good life together? Like St. Patrick, we must take action to name forces of evil, reach out to engage them not in negativity but for redemption and reconciliation.

Over the years, I have found this to be both a valuable and very challenging lesson. Today, serpents can sneak up on us without warning even as we are enjoying daily life.

Here’s just one example: A cross I like to wear was given to me almost nine years ago when we lived in Tennessee, by a woman who told me it was a tribute to all the work I was doing in our community chairing the long-range planning committee and then the communications and marketing committee. I very much appreciated the gift.

Then one summer day in that year a number of neighbors were gathered in boats on our lake for a “raft off,” swimming in the lake and sitting in boats to chat. Suddenly the name Trayvon Martin came up. This was a few months after he had been shot as he walked home with a bag of Skittles and an iced tea in his hands. The neighborhood watchman who shot him had been charged and was subsequently acquitted.

A number of people on those boats began talking about their hatred for Trayvon and their support for his murderer—including the woman who had given me this cross. I was so horrified that I wanted to take off the cross and hurl it into the lake. Then, the realization struck me that the cross stands for God’s love for us and how far God will go to rescue us from our wrongs and lead us to a new way of being. No matter how those who claim the cross as the symbol of their truths pronounce and perpetrate hatred, the cross is the cross of Jesus and our calling as Christians to live by God’s truth and invite others to join us.

As St. Patrick’s Day draws near and we look forward to putting on our green shirts to celebrate, as Christians may we pray that God will draw us more deeply into the ways St. Patrick sought to follow Jesus.
.

The Rev. Dr. Kate Jacobs responded to the call of God, entered seminary and was ordained after she had five children, taught high school French and worked as an employment counselor, plus earned her first master’s degree. After seminary she was ordained 40 years ago, served at the First Baptist Church in America founded by Roger Williams in 1638, then for 13 years served as executive director of the Ministers Council of the American Baptist Churches USA. In her Tennessee retirement years she was confirmed as an Episcopalian and licensed to preach. Now she continues to preach for the Christian Interfaith Church at Ashby Ponds in Ashburn, VA. One of her most meaningful educational experiences was a Harvard fellowship in 2001 when she studied quantum theory and theology, since the connectivity of all things shapes the basic tenet of her life. 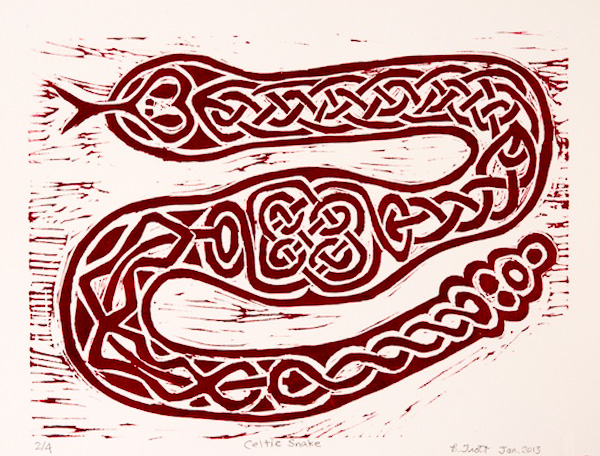