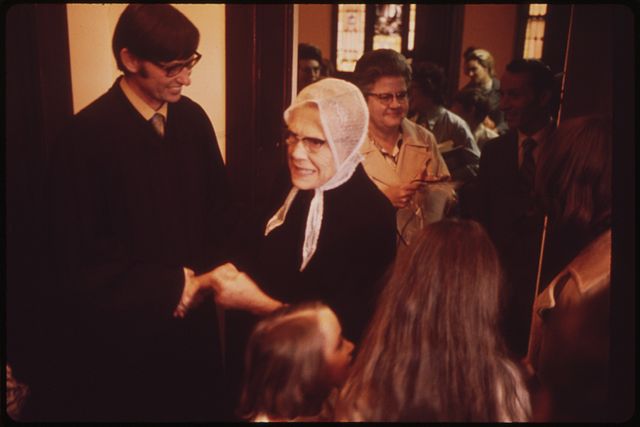 Among people who care about religion, there isn’t a more timely issue than the rising tide of secularism. In the U.S., this often is cast as the “rise of the Nones,” because an ever-growing number of adults respond with “None” when pollsters ask them to identify their religious affiliation. Secularism is a major trend in Europe as well as many other regions of the world.

However, that’s not the entire story!

New research suggests that secularization may be counterbalanced by another well-known trend: As they age, people tend to become more religious. David Briggs, columnist for the Association of Religion Data Archives (ARDA), reported on this research in his ARDA column Ahead of the Trend. That new column begins this way:

Is there an inexorable trend toward secularization in the West as younger generations in nations from the U.S. to Switzerland are less likely to affiliate with organized religion?

Or does longstanding evidence that people become more religious as they age indicate that secularization trends may reverse in rapidly aging societies of high-income countries?

It is a difficult question for social scientists to answer. In many ways it tests whether secular culture will have the same appeal in the face of the existential meaning, social support and other goods that faith has long offered individuals confronting their own mortality.

At least one group of researchers has come up with some preliminary indications.

In what they say is the first systematic attempt to analyze this issue, three Russian researchers found the aging effect was far more dominant in predicting greater religiosity as one gets older than the cohort effect was in predicting less faith in more secular generations as they age. The co-authors of the report were Sergey Shulgin, Julia Zinkina and Andrey Korotayev.

Visit the website for ARDA. Here is a direct link to David Briggs’ complete August column. ARDA welcomes sharing of these columns, of course with a proper attribution. Plus, there is also a lot more fascinating data about religion to discover on ARDA’s website.