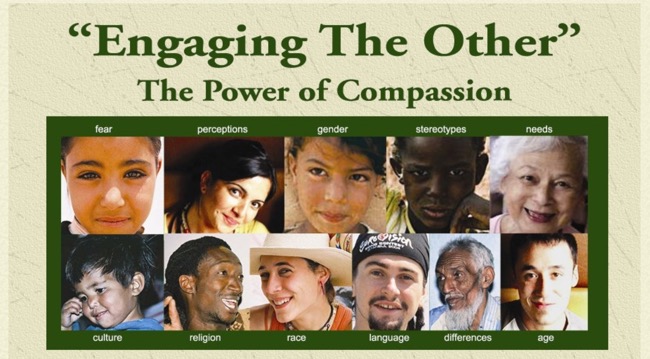 Are you concerned about the toxic, confrontational culture in America right now?

You’re not alone! Men, women and teens are meeting in communities coast to coast, often in impromptu circles from 3 to 300 to 3,000, hoping to restore compassion and civility to our national conversation. (One example: We recently reported on the debut of public TV’s new American Creed project.)

“There’s a real national movement coalescing right now—but to really build strength and momentum, we need to help people connect the energy and ideas from all of the emerging regional gatherings that are popping up all across the country,” says Steve Olweean, an internationally known collaborator on peacemaking efforts. For many years, Olweean has organized culturally diverse, interfaith gatherings to promote peace and compassion in cities across the U.S. and around the world.

Why are we seeing so many regional events pop up each month?

“Right now, there’s a lot of creative energy among people who are concerned about the divisiveness and polarity that is tearing apart our society,” Olweean said. “Earlier, I had been working more in the U.S. and I think some of your readers will remember events we organized in Michigan and California and other locations. Then, for a number of years, I had focused on work in other parts of the world—particularly in response to all of the trauma we’re seeing in the Middle East. Now, I think it’s time for me and a lot of my colleagues to focus on helping this movement across the U.S. connect people and build upon these individual events that are happening.”

What’s different about this gathering in Wisconsin in April from other “conferences” or “rallies”?

For that reason, men and women who gather with Olweean and other professionals at Edgewood College are going to find some unusual opportunities. This isn’t a “conference” with “a schedule of speakers and panel discussions” where people “just sit there and listen to a few people talk at us,” Olweean says.

“We really are planning to tap into the voices and the expertise of the people who show up in Wisconsin,” Olweean says. “A lot of conferences say they want input from participants. We’re intentional about that. For us, that’s an essential part of what we’re doing. When we set up roundtables for discussion, for example, this isn’t going to be people giving their individual talks. We really expect people to talk to each other in these roundtables. If you come, you’ll find an open opportunity to talk with others.”

And the best part? Admission is free, if you register in advance.

Visit the Engaging the Other website for more details and to make an advance registration.