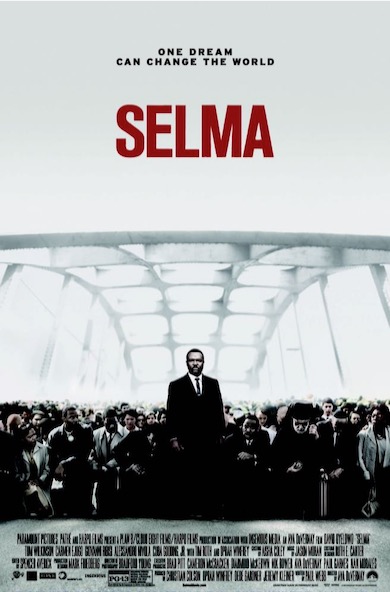 McNulty is the author of four film books (including Jesus Christ Movie Star, which is available from Amazon)—and is the editor/reviewer of Visual Parables, “a leading resource for faith-and-film reviews and study guides.” Throughout his career, he often has highlighted films that explore racial and cultural diversity.

In coming up with this new 10-film list, McNulty said, “It was hard deciding what to leave out. There are so many available.”

Following are McNulty’s 10 films, with excerpts from and links to his online reviews published at the Visual Parables website. McNulty said the films are “in somewhat historical order.”

This week, Visual Parables film critic Edward McNulty presented a PechaKucha for an audience in Dayton, Ohio. What is “PechaKucha“? It’s a presentation format in which 20 images are shown, each for 20 seconds. The images advance automatically and speakers talk along with the images. The format was devised by architects Astrid Klein and Mark Dytham to force rambling speakers to be more concise. They held the first PechaKucha Night in Tokyo—and now encourage such presentations worldwide. Click on the cover to learn more about my most recent book, full of thought-provoking study guides on faith and film.

I love films that challenge the mind and explore important social issues. From the thousands of films I’ve reviewed, I’ve compiled a list of over 700 dealing with social justice issues. Here are six that should be on your bucket list.

1.) SALT OF THE EARTH (1954) is the only film to be banned by theater owners. Its director Herbert Bieber was one of the “Hollywood 10” accused of being Communist. The film is about a strike by a miners’ union. A court forbids the men to picket their unsafe mine, which means scabs can get through to break the strike.

The miners’ wives volunteer to walk the picket lines, but one man objects. “The women aren’t strong enough. And who will cook and take care of the kids?” The women don’t accept that answer, and the next day the women, carrying signs, march around the mine’s gate. This delightful film celebrates the dignity and power of women, as well as the union to stand up to oppression. We see how Esperanza, an under-appreciated wife, learned to do this, and also help her patriarchal husband to grow up.

2.) SIN NOMBRE (2009) involves Sayra, a Honduran teenager riding on top of a freight train with her father, uncle, and many others. Hoping to escape their homeland’s violence, they plan to join relatives in the U.S.. After the train enters Mexico, a gang of young toughs clambers aboard to rob the refugees.

One of the robbers is the troubled Casper, upset because Lil’Mago, his leader has killed his (Casper’s) girlfriend. When the leader tries to rape Sayra, Casper intervenes and shoves Lil’Mago off the train. Although her father and Uncle still are suspicious of him.

A friendship develops between the two young people as the train continues north. This blossoms into a romance when the two become separated from her relatives. But can it last with Casper’s former friends urging other gangs all along the way to spot him and kill him?

3.) THE LONG WALK HOME (1990) focuses on the foot soldiers and not the generals in the Montgomery Bus Boycott during the late 1950s. Whoopi Goldberg is Odessa, who walks miles back & forth to the home where Sissy Spacek’s Miriam employs her as a maid. In church scenes we hear but never see Martin Luther King, Jr. inspiring the walkers.

Slowly naïve Miriam becomes aware of her maid’s hardship and the cruelty of the racist system her husband accepts without question. Meanwhile Odessa and the two other house servants have to listen in silence to the racist comments of the husband and guests.

Miriam begins to give Odessa rides, and there is all hell to pay when her angry husband is told about this and orders her to stop. The film shows the cost to America’s blacks, and even to a few whites, for standing up to –or should I say walking against–injustice.

4.) PHILADELPHIA (1993) is a story about a young lawyer fired by his bosses when they discover he has AIDS, then the scourge of the gay community. Originally, I was intending to use Broke Back Mountain for this list, but I decided to include the Tom Hanks film because it shows that minds can be changed by a well-made film.

While speaking about films at a college, a young Christian student came up to thank me and said this film showed her that her church was wrong about homosexuals. Tom Hanks as Andrew Becket opened her eyes to the humanity of gays and that they were not the demons her church had claimed.

She also saw the irony in Denzil Washington’s homophobic Joe Miller, who at first refused to accept Andrew’s lawsuit against his former bosses. At a time when most people were still prejudiced against gays, this film dared to affirm fellow human beings who deserved to be treated with dignity.

5.) THE SAINT OF FORT WASHINGTON (1993) stars Danny Glover as Jerry and Matt Dillon as Matthew, two homeless men trying to survive on the mean streets of Manhattan. They meet after the mentally disturbed Matthew is turned out of his public housing apartment because the decrepit building is to be demolished.

Jerry, suffering from his Vietnam War wounds, becomes a mentor to the naive Matthew. He shows him how to survive by washing windshields; finding shelter on subway trains late at night; nursing a cup of coffee for as long as the restaurant will allow, and dealing with unfriendly cops.

The film’s title refers to Matthew’s healing power that helps Jerry’s knee pain and the arthritic hands of a shoe shiner named Spitz. It also refers to the city’s Fort Washington Shelter, located in a large armory. Here on some nights the two can find a bed. But there’s a bully who does not like Matthew!

6.) THE IRON GIANT (1993) is my final film on this list because I wanted to include a movie for children, but did not want to choose a Disney or Pixar hit. Set in Maine during the Cold War when fear of Communism and the Bomb set people at each other’s throats, this is the story of a strange friendship between a boy and an alien robot.

Young Hogart one night sees what looks like a giant meteor falling into the woods. Venturing forth, he discovers a huge robot. Knowing how fearful adults are, he keeps his discovery secret, though because the Iron Giant must eat lots of metal, he does ask Dean if his friend can hide in his junkyard.

Federal Agent Kent Mansley is after the alien and comes close to setting off a nuclear explosion when he orders government forces to attack the I.G. Only the boy’s pleading with his friend not to fight back with his weapons avoids catastrophe. This is a great film for all ages about fear, violence, & what it is to be “human.”

All of these films expand our horizons, calling us to enlarge our hearts and make room for those whom the powerful would exploit. These films make us aware that as humans we are all bound together.

LOVE MOVIES? Enjoy all of the free resources from Ed McNulty’s faith-and-film website:www.VisualParables.org