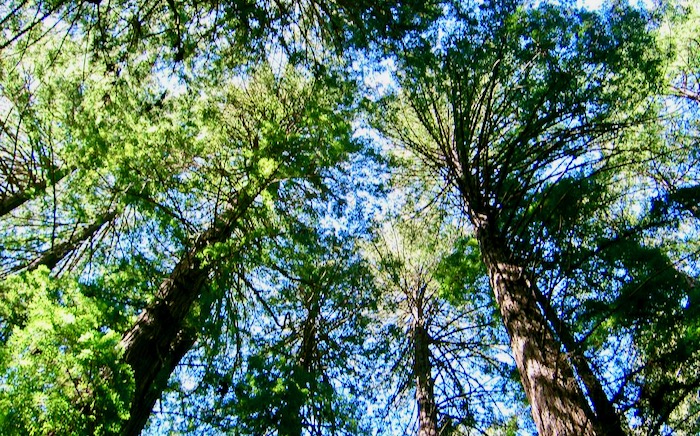 This week, our quote comes from Rabindranath Tagore, the mystic, poet, novelist, and painter from India, living from 1861 to 1941.

And how does he get into the spiritual life of Lincoln? Because Tagore’s thinking illustrates spiritually. 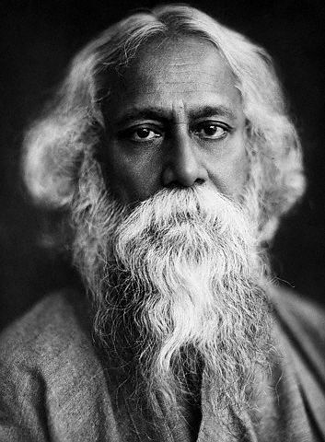 Care to learn more about Tagore? Click on his photograph and you’ll read Daniel Buttry’s profile of this prophetic sage.

Tagore saw that nature teaches cooperation not domination. Tagore tells how the ancient Sages of India learned humility and oneness from nature. Tagore chided early America for confronting the same primeval forests that the Sages faced, but failing to learn the lessons of nature. Except, he says, perhaps some lone poet.

And, indeed, Lincoln was that lone poetic soul, speaking in the Romantic and Transcendentalist minority report of American culture as it faced the West. Lincoln did not support the annexing colonial war against Mexico; he did not support the extension of slave culture west. He did not even hunt with a gun as a pioneer boy, but rather scolded his friends for torturing animals. He wrote a poetic piece celebrating the precious life of an ant as like our own precious lives.

Lincoln would have been welcomed into the cohort of Ancient Indian Sages that Tagore describes.

He would have seen how the spiritual sages of India saw the primeval forests of that sub-continent. And when we read about the forests of the territory of Indiana that Lincoln first saw we see that he faced the same state of nature.

With this simple lesson: What you can learn from trees and woods, and prairies and plains, is connection, not separation, cooperation not exploitation, union and communion. We can see Tagore’s wisdom in Lincoln’s spirit.

Lincoln’s spirituality emerges in his language but originated in his experience of place, the land.  His spirituality is rooted in how he saw those places, literally in his vision.

The millions of acres of the Indiana territory, newly made into the State of Indiana, were largely primeval forests when Lincoln moved there with his family at the age of seven. Trees were over a hundred feet high and the never-seen-before-trunks were impossibly close together. That is what greeted the little Lincoln family of four as they hacked their way through the dozen or so miles from the Ohio River to the blazed markers of their new home.

To expand what eventually became a site of more than 100 acres, trees would be girdled one year and set afire as giant torches the next, something they had learned from the Indians. The Lincolns then were back to the rudiments of civilization and survival.

This Indiana experience has significant parallels to the origins of the spiritual sages of ancient India. Lincoln’s 1816 frontier America compares with the geographical and spiritual situation described by Rabindranath Tagore (in “Sadhana. The Realization of Life.”) He wrote, “The first (Aryan) invasion of India has its exact parallel in the invasion of America by the European settlers. They also were confronted with primeval forests and a fierce struggle with aboriginal races.”

But Tagore observes that the Americans followed a different path from the invaders of India. Americans, he wrote, never “came to any terms” with the land and native people, not in the dominant narrative of economic and political manifest destiny.

He writes, “In India the forest .…. became the sanctuary of sages, but in America these great living cathedrals of nature had no deeper significance to man.”

“They (the forests) never acquired a sacred association in the hearts of men as the site of some great spiritual reconcilement where man’s soul’s had its meeting-place with the soul of the world.”

The story of the American move west is not a story of seeing mountains as sanctuaries for sages and forests as cathedrals of nature. Except, that is, for Lincoln. He was that solitary poet. For all his eventual promotion of the expansion of American civilization Lincoln saw the land itself as holding a spirit, the idea of America, of democracy, of equality. He did come to a spiritual reconciliation with land and nature.

He stood out from his cohorts when it came to what land and animals were all about and what his relationship to them was. You can read it in his poems about bears in his childhood home, his lecture to the Wisconsin Agricultural Fair, his meditation on Niagara Falls, and more.

To Lincoln, inner joy did become active service and so his service to America was his Joy. This is the kind of spirit that comes from a right relationship with nature, the forests, the animal life, the original people and the creator of all creation.

That’s where the honor of Lincoln has its roots in America, and its branches into the spiritual cultures of the world, such as in Tagore and the Ancient Indian Sages.