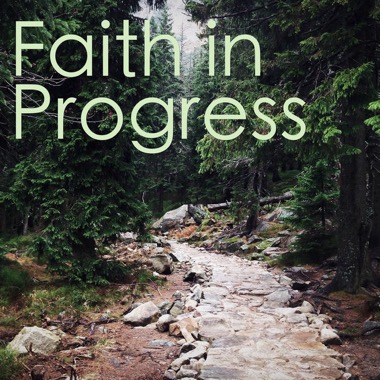 Click the image to find the podcast on iTunes.

A rabbi, a priest, a Unitarian Universalist minister, and a Presbyterian pastor all walk into a recording studio.

That sounds like a bad start to a bad joke, but it was a wonderful start to a rich conversation. Rabbi Hillel Katzir of Temple Or Hadash in Ft. Collins, CO, invited this group together for a conversation on his weekly radio show on KRFC 88.9, “Faith in Progress.” He wanted us to explore the convergence of Passover with Holy Week and Easter. (Note: You can listen to the entire podcast via iTunes.)

Together we discussed how both holidays are celebrations of rebirth. For Jews, Passover represents the rebirth of a people. In the resurrection of Jesus, Christians celebrate the God who brings life out of death and the birth of a new life in Christ. While not all Unitarian Universalists celebrate Passover or Easter, their faith tradition draws from Jewish and Christian themes and earth-centered traditions that recognize the cycle of death and rebirth in the seasons of the year.

Throughout the conversation, the Jewish roots of Christianity were emphasized and explored, along with the ways Unitarian Universalism draws from both traditions. Jesus was an observant Jew who certainly celebrated Passover. In the synoptic gospels of the New Testament (Matthew, Mark, and Luke), the Last Supper is depicted as a Passover meal. Some atonement theories utilize the concept of ritual sacrifice found in first-century Jewish practice to explain the effect of Jesus’ death on the cross. Other views of atonement understand Jesus’ death as the ultimate expression of God’s love for the world.

The theme of liberation runs through both holidays as well. The Jewish celebration of Israel’s liberation from slavery is paralleled in the Christian affirmation that the resurrection signifies our liberation from sin and death. This thread of liberation surfaces in the Unitarian Universalist commitment to justice and liberation for all people. Rabbi Hillel reflected that Jewish eschatology insists that until all are free, the end will not come. The Christian hope is that the resurrection of Jesus was just the beginning of God’s unfolding plan to free all the world from slavery. These beliefs are reflected in Jewish and Christian commitments to working for social justice.

The discussion closed with the recognition that Jews and Christians are called to observe the holidays year after year, remembering again the hope of rebirth, the promise of liberation, and the meaningful connections between our faith traditions.

The Rev. Amy Morgan is pastor of First United Presbyterian Church in Loveland, CO. Most recently, she contributed to the second edition of Friendship and Faith, a collection of women’s stories about crossing religious and cultural divides to form friendships. She currently serves as Vice-President of the board of Yucatan Peninsula Missions and on the Committee on Preparation for Ministry for the Presbytery of Plains and Peaks. Amy and her husband, Jason, have a son, Dean. They love hiking in the mountains and biking around town.