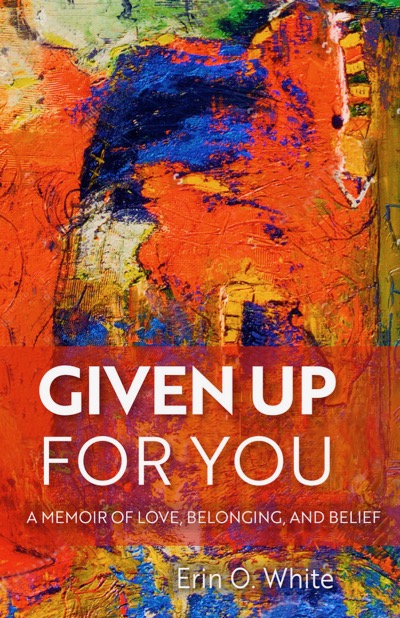 Erin O. White has written a love story of faith and family. What could be more all-American as a memoir?

Unfortunately, the gatekeepers of Erin’s faith rejected her family and she had to choose between them. Given up for You is an achingly beautiful memoir of how Erin fell in love with both the Catholic church and the woman who would became her wife—and ultimately had to give up her church for the woman she loves.

This new book couldn’t be timelier—and the stakes have never been higher for the future of organized religion. A new report by Pew Research this spring shows the rejection of religious affiliation continuing to rise. Back in the 1970s, fewer than 1 in 10 Americans said they had no religious affiliation—now, it’s 1 in 4. Studies show one major factor pushing away young adults is the continuing hostility toward men and women who Erin likes to call simply “queer.” To millions of Americans, these are beloved family and friends who are being treated with contempt by many churches.

The tragedy of this situation is that Americans overall are moving rapidly toward acceptance. The latest Pew findings:

That’s the true wonder you will discover in reading Erin’s astonishingly compassionate book. As a young adult she was drawn toward Catholic mysticism and the works of Thomas Merton. But, at the same time, she was falling head over heels in love with the woman who eventually would become the mother of her children. From the opening pages of this book, we can tell: A collision is inevitable. Erin faces many struggles—mainly because of clueless men in the church who she consults for help.

However—and please forgive the spoiler here: By the end of this book, Erin is not like the countless men and women who remain so traumatized that they completely abandon religion. That’s an understandable response, given the wounds many queer people suffer at the hands of the so-called religious.

Instead, like a spiritual Rocky, Erin keeps charging along with her long-shot quest until she busts back into a congregation where her family’s spiritual lives can flourish.

‘SEVEN STOREY MOUNTAIN’ FOR OUR ERA 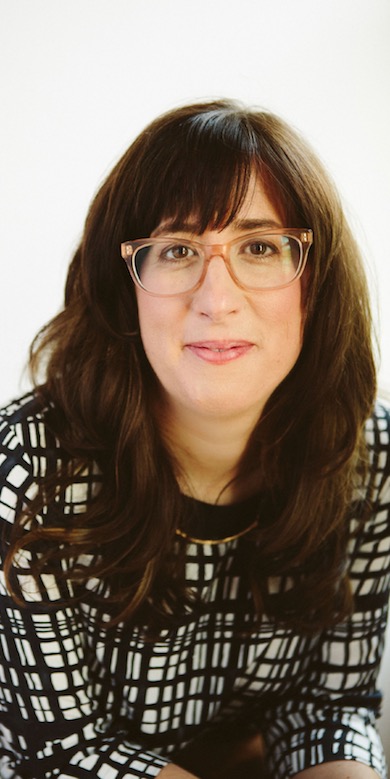 Many of our readers are familiar with the Catholic mystic Thomas Merton (1915-1968). I told Erin in our interview: “I’m going to point out to our readers that you were inspired in your journey by Merton’s classic, The Seven Storey Mountain. We should remember that book also was startling and unique when it debuted in 1948. It was a sensation with spiritually restless post-WWII adults. Merton was a promising young man who dared to leave his secular life for the Trappists. And, now, 70 years later, I think you’ve just written a Seven Storey Mountain for our era. I can see the connection and the contrast, as well. Merton hero’s journey broke inward to the deepest of traditional religious disciplines. Your hero’s journey breaks outward into the inclusive spiritual world where so many of us hope to live.”

“I love that analysis of my book. And I see what you’re saying. My book can be seen as an inverse of Merton’s journey,” Erin said.

“Yes, that’s how I read it,” I said. “Merton saw himself as walking away from a world so dysfunctional and violent that he describes it on the first page of his book literally as a kind of ‘Hell’—a world of people ‘loving God yet hating Him; born to love Him, living instead in fear and hopeless self-contradictory hungers.’ In your story, Erin, it’s the inverse—you found fear and hopelessness inside organized religion. To find hope and spiritual wholeness, Merton needed to break out of the secular world—while you needed to break out of the church, where men were condemning the love of your life.”

“I think you’re right in your reading of my book—I think the problem is all of the gatekeepers, most of whom are men,” Erin said. “But what I want to show in this book is that—it’s also absolutely true that there are lots of queer people who are getting past the gatekeepers and are living big beautiful spiritual lives as queer people.”

“The problem is that we’re not seeing many memoirs of people who find that new life within Christianity,” I said. “You discovered a way that you could do this. You’re still restless, but you’ve carved out a place for you and your family within a congregation. This really is a unique book.”

“You’re right about that,” Erin said. “As I worked on the book and as I talked to people about what I was writing, I learned that memoirs about lesbians and God—they’re very underrepresented in the world. That’s one reason I was glad that my book was accepted as part of the University of Wisconsin Living Out series. It’s such a wonderful series and I was thrilled that my book was accepted as a part of it.”

WHY ARE WE QUEER NOW?

I asked Erin why she chose to describe herself and many of her friends simply as “queer,” avoiding the initials often used to name this diverse community.

“I don’t like acronyms,” Erin said simply. “And all those letters get tangled up on my tongue. I don’t think we should get lost in all those letters. The point is that we are regarded as ‘the other.’ That’s an important stance to acknowledge. We are ‘other’ and there are so many men and women who are ‘other’ for so many reasons.

“So now I simply say and write, ‘queer,’ ” Erin said. “It took me a long time to embrace that word, but now I do—because it’s a way of acknowledging all those people out there who are ‘other.’ ”

I told Erin, in our interview, that I regard her book as “astonishingly compassionate.” I told her, “The first question I had as a reader, after finishing the first section of your book about your treatment at the hands of people you trusted in the church, was: Why isn’t this woman absolutely furious? Why isn’t this book dripping acid at the trauma that was visited on her either intentionally in one crucial case—or unintentionally by other clueless clergy? So, why aren’t you angrier?”

“First, you’re right. For a lot of people there is anger and alienation at the betrayal and condemnation we face,” Erin said. “And I have felt some of that myself. But writing this book wasn’t a time to blame people and to condemn Catholicism itself. I still love the Catholic tradition. I want opportunities to remain open for queer people still finding their way. So, I decided to write this book not as an interrogation of the church—but as a self interrogation.”

“That’s the approach of the Merton memoir, again,” I said. “One person’s true story of a spiritual journey. It’s what’s so compelling about your book, too. There are passages where I simply could not stop reading. The scenes are so vivid, so compelling. I remember that’s how I first read Merton’s book decades ago.”

I told Erin, “One of the passages that I think will melt the hearts of readers comes after you have carried us through this roller coaster pilgrimage of love—and loss—love reborn—and faith reclaimed. It’s near the end of the book. You pause and write about the fore-mothers, we might call them—the women who dared to come out as queer and paid a horrific price. In earlier eras, these women lost their families, their jobs—and some even wound up institutionalized. The violence against these women was tragic.”

“I’m glad you’re pointing that out,” Erin said. “This is an awareness that I came to later in my life after embracing my own lesbian identity. When I think of those courageous women, my heart fills with so much awe and gratitude, because they really lost major parts of their lives because they openly lived out who they truly were. I’m so thankful that some of them were brave enough to step out of the shadows and live their lives in ways that we can see as early models today. They had a vision of a world that was coming—even though many of them knew that they would never actually see that world. And, today, that’s why I feel so strongly about the world in which I want my children to live.”

“So, one final question: What do you hope your prospective readers will find in your book?” I asked.

“I probably have a different hope for queer readers and for heterosexual readers,” Erin said. “If a queer person reads this, I hope they will be inspired and emboldened to go after every bit of the spiritual life they want. I hope they are encouraged and realize that they deserve to find spiritual wholeness—and that there is a place for them if they seek it out.

“Then, for other readers, I hope that they will realize the full humanness of queer people and our great capacity for spirituality—and the potential we can bring for a vibrant life inside the church. The church loses so much when it rejects queer people and their family and friends.”

GET THE BOOK—You can order Given Up For You from Amazon, or Barnes & Noble.

VISIT ERIN—Learn more about her ongoing work at her website www.ErinWhite.net.

VISIT OUR BOOKSTORES—You’ll find lots of books that explore faith and compassion for “the other” in our own ReadTheSpiritBookstore and our new Front Edge Publishing Bookstore.