Delving into the Life of Christ During Lent 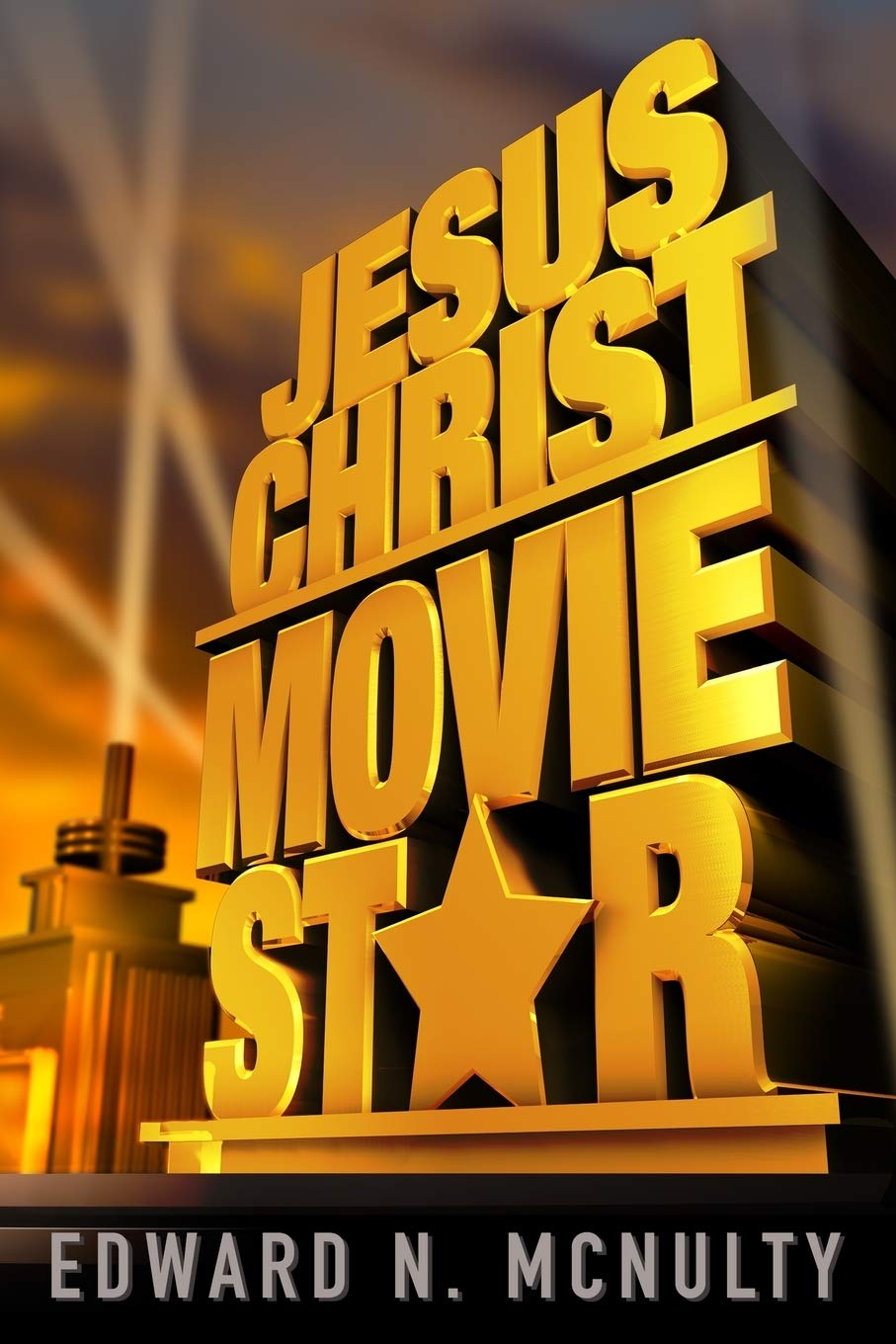 Click the cover to visit the book’s Amazon page. The book is available in paperback and Kindle. The book also is available on Barnes & Noble and many other online bookstores around the world, including Australia’s popular bookseller Booktopia.

What could be more appropriate for Lent than to study the life of Christ?

Through the decades of writing about faith and film, one of the most popular themes among readers has been: What can Hollywood tell us about Jesus?

That’s why I wrote, Jesus Christ Movie Star, a book with 12 chapters on movies that either portray some portion of Jesus’s life or raise fascinating questions about the meaning of Jesus’s life and teachings today. I designed the book so readers can enjoy it for their individual spiritual reflection—or can spark group discussions in their communities.

Movies as Vivid Perspectives on the Gospels

Sacred images of Jesus grace churches worldwide in stone, stained glass, oils, frescoes and mosaics—but millions of men and women around the world get their impressions of Jesus from popular culture, especially in movies. Because nearly everyone enjoys talking about movies, this kind of Lenten program is a terrific way to welcome newcomers and energize inactive members in growing congregations. If you find you need to convince clergy and lay leaders that this is a good idea, tell them that a faith-and-film series is likely to bring new faces into the congregation and, depending on how you choose to organize your series, could lead to church growth.

For Western Christians, including Protestants and Catholics across the U.S., Lent begins with Ash Wednesday on March 2, this year.

Here are examples of movies we explore in this book:

The book opens with a Preface by Peter Wallace and a Foreword  by Ken Chitwood, both of whom are familiar to ReadTheSpirit magazine’s long-time readers. Then, after a general introduction, I share 12 chapter-length guides for thinking about—and discussing with friends—12 films. And, there’s even more at the end of the book: A concluding chapter offers synopses of early Jesus films and 14 others.

The Life of Christ Films

The Gospel According to Saint Matthew (1964)

Directed by a man once considered by many Catholics to be an enemy of the church, the Marxist Pier Paolo Pasolini, the Jesus in this film is a radical revolutionary with whom the disciples are always having a difficult time following. There are no extraneous fight or love scenes, as in such potboiler films as in King of Kings or The Greatest Story Ever Told.

This beautifully animated film (by stop-frame puppet animation) was made for children. It will appeal also to adults because of its artistry. Told from the standpoint of Jairus’s daughter, it begins in a city where Jesus is working as a carpenter and her father has brought the girl to a doctor who cannot heal her. We know who can, and much of the rest of Jesus’ life unfolds, with the little girl present as an eyewitness.

The filmmakers do an amazing job of using the Good News text for the screenplay. Thus, the material comes right out of the pages of the Bible. By intercutting with other events and having Jesus move about, the filmmakers make Jesus’ long discourse in the Upper Room visually exciting. In my experience over the years, this film is an incredibly good opportunity for Bible study!

As gory as artist Matthias Grunewald‘s famous “Crucifixion,” this paean to the suffering of Christ does include fleeting glimpses into the rest of his ministry. It is difficult for many to watch all the way through, but it certainly affirms the apostle Paul’s claim that “we were bought with a great price.”

In these movies, the filmmakers imagine what Jesus might have done had he lived in  modern times. Some of the incidents recorded in the four Gospels are included but updated to the modern era.

Bookended by scenes of a bus in the desert carrying a film crew and team of actors, this rock musical Passion of Christ is acted out by the troupe as they dance and sing. There are lots of anachronism, such as helmets, guns, a tank and jet planes flying overhead. The story is told from the viewpoint of Judas who wonders about Jesus. From his standpoint, Jesus is “mad” in his claims of divinity. Of course, there is no resurrection depicted, though the lovely closing music is ambiguous enough that one could be inferred.

Set in the Canadian city, the head of a Catholic shrine where the crowds are getting smaller each year, the head priest commissions an aspiring young actor to rewrite a trite Passion Play. Researching what scholars are discovering about the historical Jesus, while recruiting his actors, the young man’s version of a Passion Play shocks the priest and turns into the real thing.

In these movies, the filmmaker is not interested in the historic Jesus but instead focuses on how the main character loves and suffers on behalf of others, bringing some form of deliverance or redemption. There might be references to one or more Gospel events, but the primary focus is on the suffering,  likening it to the crucifixion.

Millions love this movie classic, but have you ever thought of it this way? A disillusioned war vet is sentenced to a Southern chain gang where his indomitable spirit defies the guards and renews the spirits of the other inmates. After a series of rebellious incidents, one guard realizes the only way to defeat Luke is to kill him. But, in a little Easter scene, the remaining prisoners celebrate their murdered hero.

A mild-mannered German housewife stranded at a seedy cafe/motel in the Mojave Desert transforms its hostile owner, and through magic tricks creates a warm community in the midst of nowhere—until the sheriff checks her papers.

A female refugee from a French civil war becomes a servant in the house of two Jutland sisters whose deceased father had founded a small ascetic congregation. Her superior cooking greatly enhances the lives of all, especially the poor parishioners. Years later she wins the French Lottery and creates a transforming feast in honor of the dead pastor’s hundredth birthday.

The guides include everything needed to get the most out of the films—information about the film, a synopsis and several related Scripture passages. The latter especially will be helpful when discussing the Christ Figure films. The sets of questions suggest important aspects of these films.

By watching, individually meditating on the questions I am raising—and perhaps discussing these films with friends—many readers have told me they gain a better understanding of Christ.

The question running through the book is the same that Christ asked his disciples, “Who do you say that I am?” In effect, this is the question that every filmmaker has to answer before making a film about the Nazarene.

The book is available via Amazon in paperback and Kindle. The book also is available at Barnes & Noble and many other online bookstores around the world, including Australia’s popular bookseller Booktopia.