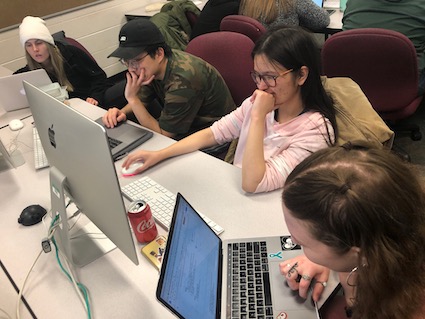 Our community of writers and readers was pleased, as January 2023 dawned, to read coverage of MSU Professor Joe Grimm’s Bias Busters team in the mid-Michigan-based news journal called City Pulse.

The profile of the Bias Busters was especially appreciated because it was prepared by Bill Castanier, Director of the Historical Society of Greater Lansing. Thanks Bill!

When Joe Grimm arrived on Michigan State University’s campus in 2013 as a visiting editor-in-residence, he had an idea for a new journalism class based on a project he had worked on in his career as an editor and reader advocate for the Detroit Free Press. While there, Grimm confronted racial biases and stereotyping of the Arab-American and Muslim populations of Detroit. Working with other journalists and the aforementioned communities, he published an in-house guide that answered questions about this group of people. Based on his experiences, he created a class called “Bias Busters” at MSU, which began to look at the stereotypes surrounding other groups, including the LGBTQ+ community, veterans, Indian-Americans and Native Americans.

Want to See the Bias Busters’ Array of Books? Click here to see Amazon’s index of all 20 books.

NOTE: Although that Amazon display defaults to the Kindle versions, all of the books are available in affordable paperback editions as well.