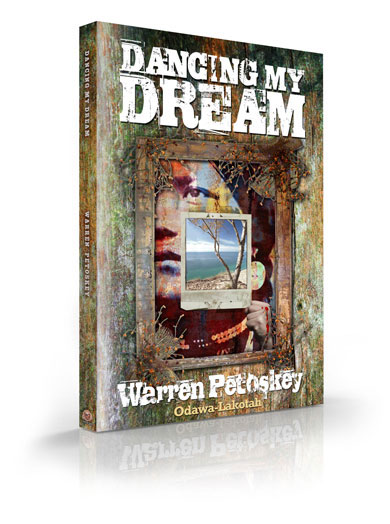 AMERICAN INDIAN campaigns to establish a special time for celebrating the cultures of our native peoples stretches back more than a century, involving advocates ranging from Indian activists to the Boy Scouts. ReadTheSpirit has been involved in promoting Native American voices since our founding in 2007 and we highly recommend Warren Petoskey’s memoir Dancing My Dream.

Finding information on this observance online is tricky, because the exact name has evolved over the years through various presidential proclamations and online publications. The current official website for the observance is co-hosted by leading historical institutions in Washington D.C., including the Library of Congress and the Smithsonian. Here are milestones in the official website’s history of Native American Heritage Month: One of the earliest proponents of an American Indian Day was Dr. Arthur C. Parker, a Seneca Indian, who was the director of the Museum of Arts and Science in Rochester, N.Y. He persuaded the Boy Scouts of America to set aside a day for the “First Americans” and for three years they adopted such a day. In 1915, the annual Congress of the American Indian Association meeting in Lawrence, Kansas, formally approved a plan concerning American Indian Day. The first American Indian Day in a state was declared on the second Saturday in May 1916 by the governor of New York. Several states celebrate the fourth Friday in September. In Illinois, for example, legislators enacted such a day in 1919. Presently, several states have designated Columbus Day as Native American Day, but it continues to be a day we observe without any recognition as a national legal holiday.

Each year, presidents freshly proclaim this month and day. In 2012, the official Native American Heritage Day is November 23. You can read this year’s entire proclamation at the White House website. It says, in part: As the first people to live on the land we all cherish, American Indians and Alaska Natives have profoundly shaped our country’s character and our cultural heritage. Today, Native Americans are leaders in every aspect of our society—from the classroom, to the boardroom, to the battlefield. This month, we celebrate and honor the many ways American Indians and Alaska Natives have enriched our Nation, and we renew our commitment to respecting each tribe’s identity while ensuring equal opportunity to pursue the American dream.

Odawa-Lakotah elder Warren Petoskey has crisscrossed the United States, talking about his memoir Dancing My Dream. You can read much more about this inspiring book at the Dancing My Dream website.