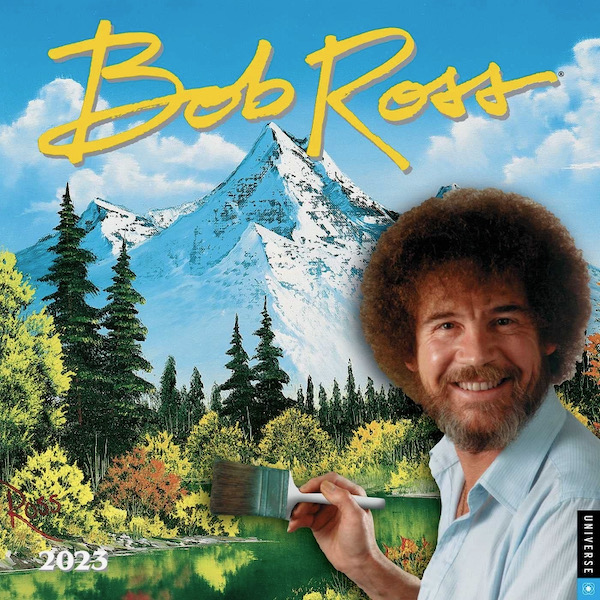 “Happy” artist Bob Ross is more popular than ever as we cross into 2023! Amazon is selling Bob Ross calendars; is streaming 31 seasons of Bob Ross’s TV shows via its FreeVee service; and is selling Happy Clouds socks like the ones Ben Pratt enjoys.

For millions, the simple joys of the season are muted by somber memories.

By BENJAMIN PRATT
Author of A Guide for Caregivers

The setting—a restored 11th Century San Fedele Monastery, Chianti Region, Italy. We were gathered on a terrace with new acquaintances, wine, awaiting dinner before an evening of live jazz under the stars.

The socks—pale blue with puffy clouds, the words Happy Clouds, and the face of a smiling man with curly black beard and hair. I wore the socks because of their funky nature that contrasted with this unique setting and sterling location—suspecting they might break the ice and lead to an interesting conversation among strangers.

The results—far beyond my expectation.

“I think you are correct,” I responded.

Her next words jolted me: “After my twin brother suicided, I tuned in to Bob Ross reruns every day because it was the only thing I could watch without crying.”

My immediate response, non-verbal, conveyed a look of compassion and concern. Then I said, “I would be very willing to hear more if you wish to tell me.”

She told me the bare bones reality that she suspected led to his decision, and then more about the devastating impact on her.

Perhaps you share the questions that flow from a conversation like that one: How do we travel this spiritual journey of grief? Or, how can we heal from a broken heart? As we approach the holidays we are mindful that grief is often more intense in this time of family gatherings when the absence of one can be most obvious.

First, I need to say that grieving takes far more time than we anticipate in our world of K-cup coffee and e-mail. The grieving process isn’t fast. The duration for grieving may be in direct proportion to the intensity of the loss, and, therefore, is quite personal. As Shakespeare tells us through Othello: “What wound did ever heal but by degrees?” The stages through which we must journey toward healing can be shock, anger, guilt, depression, bargaining, and then maybe healing acceptance.

Losses caused by sin, another’s violation of us or our violation of another, are the most difficult to heal because these involve forgiveness. Forgiveness is the ability to give up hope of a different past. It requires a different memory.

Options for surviving loss include burying yourself with your talents in the small room of safety or making a trusting leap of faith back into the unknown, just as Megan was doing by participating in JazZen Journey at San Fidele.

Do we stay on the bench or do we get back into the game?

Either way, it is a cost and a promise! We need to live into the hope that the risk is worth the promise of trust and joy.

Now, let me tell you a story from literature that illustrates the issue of loss and risking. (I suspect my choice of literature may surprise some of you.) This illustration comes from a novel, not from the movie which has little to do with the book. The writings of Ian Fleming, namely the James Bond, 007 series, are some of the most important religious narratives of the 20th century, in my opinion.

Listen as I tell you a story about loss and risking from James Bond. James Bond was married only once. His wife was shot and killed by Bond’s archenemy on the day of their wedding. Bond began to lose his edge. He didn’t show up for work; he began to deal with his loss by drinking and eating too much, gambling and losing his sense of mission. His boss, M, had Bond examined by a psychiatrist-neurologist named Sir James Malony who reported to M that Bond was in shock, and that his behavior was quite understandable. Then he says the thing that captured my attention: “We must teach them that there is no top to disaster.”

Everyone of us has a top to disaster.

It’s probably different for all of us: loss of a child, physical or psychological abuse, robbery at gunpoint, betrayal of a close friend, imprisonment, cancer, losing a pet, shaming oneself in front of friends. When we go over the top of our disaster limit, we are prone to reduce our world to a small, predictable, controlled safe place.

Risking our talents is the last thing we are prone to do—but that is what Sir James Malony prescribes. And then Sir James says an even more remarkable thing in response to M’s request of help for Bond. His answer is “We must give him an impossible job.”

In contrast to suggesting a month on a cruise liner, we hear that “he should be given an impossible job.” So M sends Bond on a mission to infiltrate and destroy a castle created for people who have lost faith in life, a castle where people can kill themselves. Bond himself could have been a candidate, since he had lost faith. Instead he is sent to risk facing and destroying it.

The man who created this castle of death is the same devil who killed Bond’s wife. By confronting and killing the devil of despair, Bond confronts his own despair and is on the road to healing his wounds. Yes, this is an allegory that is as much about the inner journey as the outer journey.

Let me be clear what I am not saying. I am not suggesting that we get ourselves off our own hands by attending to others or a larger mission. Turning outward can come after we have done the painful interior work of feeling loss. This is why most hospice programs will not accept volunteers who are not at least one year away from a significant death.

Eventually, however, the grief journey must include turning outward to heal the losses and grief in oneself, which feels like an impossible risk.

Perhaps real recovery takes place only when we take our own wound and turn it outward
to give generously and with gratitude to others.

Alfred Lord Tennyson said, upon the death of a close friend: “I must love myself into action lest I wither in despair.”

Henri Nouwen, the late Catholic priest shared that “the wound of Jesus is like the Grand Canyon, a deep incision in the earth’s surface that has become an inexhaustible source of beauty and meaning.” The wounds of Jesus have become a source of beauty for many.

Our wounds may become a source of meaning for others also.The pain can end and the healing take place when we take the beauty of our own pain and extend it as a gift to others. As their hurt is healed, so is ours.

My deep appreciation of music has a wide perspective. Willie Nelson wrote the following slow and sentimental song with his longtime co-producer, Buddy Cannon. The producer explained the genesis of this song lay in his overhearing Nelson consoling a friend who had lost a loved one. 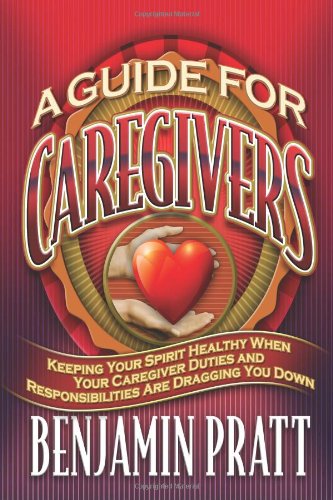 Based near Washington D.C., the Rev. Dr. Benjamin Pratt is a retired pastoral counselor with 40 years of experience working with men and women facing a wide range of stresses and tragedies. He is a Fellow of the American Association of Pastoral Counselors and a retired member of the American Association of Marriage and Family Therapists. He writes regularly for ReadTheSpirit online magazine and also is a featured columnist at the website for the popular Day1 radio network.

His book, Ian Fleming’s Seven Deadlier Sins and 007’s Moral Compass, explores some of the themes in this week’s Holy Week column, including an in-depth look at Accidie.

If you find these books helpful, and if you suggest that your small group discuss these books, we would love to hear from you about your response, ideas and questions. Or, if you are interested in ordering these books in quantity, please contact us at [email protected]