“A cry for racial justice some 400 years in the making moves us. The dream of justice for all will be deferred no longer.” Those words from President Biden in the middle of his inaugural address were an electrifying call to action. He touched repeatedly on our shared religious resources. “As the Bible says, weeping may endure for a night, but joy cometh in the morning,” Biden said.

So, this week in ReadTheSpirit magazine we are recommending two resources to help us sustain and share that joy. 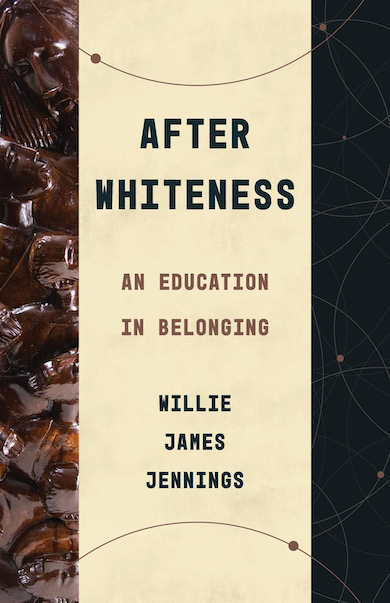 Click the cover to visit the book’s Amazon page. This new book is published by our friends at Eerdmans.

One of the most frequently quoted religious scholars over the past year as people of faith confront racial injustice is Yale University’s Willie James Jennings, whose latest book is a manifesto for religious leaders calling for a global rethinking of the way we all approach the American history of racism. While most Americans are focused on our own entrenched injustices right now—Jennings’ call is to recognize that we are part of a worldwide movement that is struggling to come to terms with white domination over many centuries.

In a Zoom interview, Jennings talked with me about his new book, After Whiteness: An Education in Belonging, and stressed repeatedly that his prophetic message is: “There is a global crowd building.”

His book zeroes in on the systemic flaws in the way America’s universities and seminaries are teaching the next generation of our religious leaders. Chiefly, he argues, we need to reorient our teaching to give students a glimpse of the worldwide connectedness of all humanity.

Jennings on ‘the Work of Joining Fragments’

Jennings’ call to action unfolds across 165 pages. At one point in the book, he describes a long list of his own students from Ghana, Korea, Peru, New Zealand and South Africa—all of them hoping that their faith can honor and celebrate their own unique cultures as they pursue their careers in ministry. Jennings encourages all of these students, but he pushes them to enlarge their vision. He wants them to take another big step in their future ministries. It’s not enough to devote one’s life to a single cultural expression, he argues. As people of faith, our vocation is to recognize that God filled the whole world with colorful cultures—and we are called to respect all of them. We are called, he argues, to embrace the global crowd and encourage cooperative connections in building a more just world.

“I wanted for them all a greater hope than only restoring a sense of indigenous worlds now in pieces,” Jennings writes about his encounters with these students. “I wanted a drawing of those pieces together, a throwing of them into the air, an allowing of the Spirit of the living God to take those pieces and fit them together in new life-giving ways that would be familiar, singing familiar songs, remembering peoples and lands, struggles and hopes, but also new, with new songs, new futures that would mark a path toward what Christianity could be at the site of fragments. The work of joining fragments aligned with the work of loving and learning together; this was the fragment work I wanted to see.”

Benjamin Pratt and a View from the Grassroots

So, what does this soaring, prophetic all look like from the grassroots?

It looks like an experiment that our author Benjamin Pratt, a retired United Methodist pastor and counselor, contributed to in his region of Virginia. In his area of the church, Ben took part in one of a series of pilot public conversations about race, diversity and justice.

Please read the second part of this Cover Story to learn how this group of religious leaders of various hues and cultural backgrounds is taking steps toward uniting our fragments.