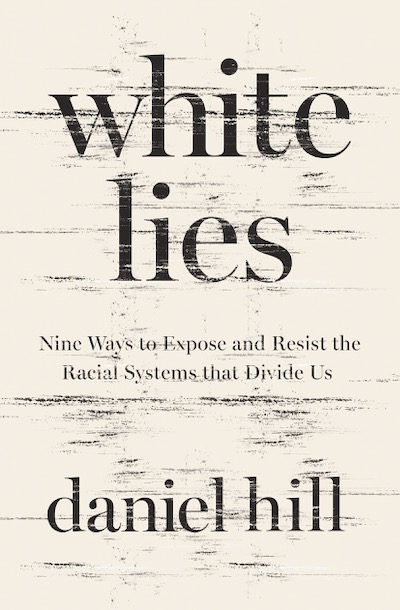 Click on the cover to visit the book’s Amazon page. If you order now, the book will ship when it is released September 1, 2020.

Reports from across the publishing industry tell us that books exploring the roots of racism, especially by Black authors, are booming in 2020. The customers for those books include thousands of congregational leaders, clergy and active lay people, who are building up their own shelves of books for personal reflection and group discussion on this life-and-death range of issues. Now, a book by a White pastor is arriving from evangelical publisher Zondervan, called: White Lies—Nine Ways to Expose and Resist the Racial Systems That Divide Us.

If you are among the millions of Americans who have bought at least one book on race this year, the first question is clear: Why should you add this one to your shelf? The answer is: Because this is a tour de force examination of how the lies of racism are deeply entwined within predominantly White Christianity itself.

Think of the chapters of this book as Daniel Hill’s step-by-step astringent cleansing of Christian culture, pulling up the carpets and even the floorboards as he goes. He invites readers to take a courageous journey that involves knocking down one excuse and diversion after another to get at the core issue: Lies about race—and the value of whiteness over all other races—are at the core of our dominant American Christian culture.

In our interview about his new book, Hill said: “We’ve largely failed with our most original Christian mission, which is to tell truth that brings liberation and freedom and healing. John 8:32 says, ‘You shall know the truth and the truth shall set you free.’ Instead, we’ve let the lies of race corrupt and divide us in a largely unchallenged way. In this book, I want to create common language within our churches that says: White supremacy is evil and here’s why: It’s built on a set of lies. It needs to be uprooted and defeated.”

Hill paused and added, “I know this isn’t a popular message in many communities. You can’t make these kinds of statements in many White churches right now without touching off a backlash or even an exodus from that congregation.”

If you are reading that line and thinking—Oh, not in my church!—think again.

What the Sojourners Crisis Shows Us

This month, one of the most famous progressive Protestant leaders in America, Jim Wallis, was replaced as editor-in-chief of Sojourners magazine after controversy about a column that criticized Catholic leaders for not sufficiently condemning symbols and acts of racism. If you care to read more:

That series of news events is astonishing because, until now, Wallis was the very definition of a Christian crusader for justice—including in the fight against racism. Wallis will continue as a crusader, of course, but Sojourners has now wisely separated its activist arm, which Wallis will continue to lead, from its publication staff to preserve editorial independence.

What the Sojourners crisis shows us is that explosive reactions can occur when we turn over the rocky soil of our racist past, because some of the dislodged rocks uncover very disturbing secrets. What the Sojourners controversy also reveals is that uprooting racism in our Christian culture is far more complex and multi-faceted than a single magazine column could hope to reveal.

That’s why books like Daniel Hill’s White Lies are so valuable. Between these covers, Daniel has 250 pages to walk step by step across this rocky field with us and show us how each secret—and each form of avoidance—all contribute to a culture of racism. That’s why Daniel needs nine in-depth chapters to even start covering the breadth of this challenge.

Why It Is So Difficult to Dig out the Roots 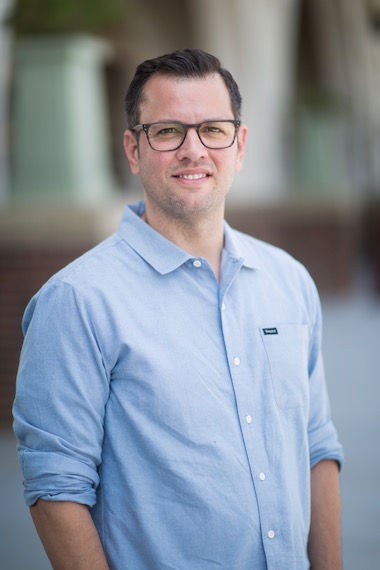 In the pages of Hill’s book, there is no one-two-three solution to racism that readers can print on a small sheet of paper, scrawl across a banner or display on a TV screen and say: That’s all we have to do.

“I’m trying to create common language within our faith spaces that says white supremacy is evil and here’s why,” Daniel explained in our interview. “That process takes time and touches on many different issues.”

The opening two chapters have titles that may shock readers as they first open his book: “Stop Being Woke” and “Beware of Diversity.” In that total of 40 pages, Hill deconstructs the most common diversions that people of faith raise in defensively claiming that they are not a part of the problem. Hill uses every one of those pages to explain his analysis, but in a short summary: He wants people to pause and actually think about their complicity in racism without, first, reflexively claiming they are already “woke.” Then, he zeroes in on what he describes as the all-too-convenient diversion of “diversity” in which people claim they can’t be part of a racist system because there are at least a few representatives of minority groups in their community.

If you already find yourself resisting Daniel’s arguments, at least give him a chance and read his entire 40 pages describing these two challenging issues. Daniel is a master at provoking readers to at least take a look at what he hopes to teach us.

Perhaps the strongest chapter is in the center in his book. This Chapter 5 is called “Duel with the Devil.” In seeing that chapter title, the first question many readers will have is: So this guy believes he’s fighting a real Devil!?! Anticipating that reaction, Daniel reminds us that the world’s best-selling Christian author C.S. Lewis frequently uses that language in describing the daily challenges we all face. Then, Daniel goes on to sketch the biblical basis of his argument about temptations that are rooted in lies, starting with the first chapters of Genesis. Eventually, he leaps into a 13-page whirlwind tour of American history, which includes racist evidence from such American giants as George Washington, Thomas Jefferson and Teddy Roosevelt. He carries us right to the doorstep of Donald Trump.

Remember: In this ReadTheSpirit cover story, you’re only seeing our brief description of what amounts to a jam-packed, carefully argued 30-page chapter.

‘Join in Dismantling These Structures’

The final question we asked Daniel was: “How do you hope this book will change readers? What do you hope they will do when they walk away after reading it?”

“Of course, people across all backgrounds need to join in dismantling racism, but people of faith have a particular and central role to play. We should begin by repenting of the ways we have failed to call out these lies in the past—and then we should realize that there is power in beginning to tell the truth, even if we are facing the challenge of speaking the truth to power.”

GET THE BOOK—Ordering now via Amazon will ensure the book is shipped on the release date September 1, 2020, in time for autumn reflection, small groups and Sunday School classes.

GET THE STUDY GUIDE AND OTHER FREE RESOURCES FOR CONGREGATIONS—Daniel is offering a multi-faceted group of congregational resources for free—if you follow the instructions on his website, PastorDanielHill.com Once you reach his website, click on the book cover—then scroll down. Read about how to receive these free resources, which will require your providing your name, email address and a receipt number from having ordered the book.