EDITOR’S NOTE—Please, welcome back contributing columnist Judy Gruen, who first appeared in this online magazine in 2008. A very popular writer, you may have seen Judy’s byline on stories in The Chicago Tribune, Los Angeles Times, Wall Street Journal and New York Daily News. Recently, we invited her to write occasional columns for ReadTheSpirit magazine, again. It’s our pleasure to share these rich stories of family life. (You can learn much more about her work—and visit her website at the end of this story.)

I grew up in a home that honored many sacred rituals. 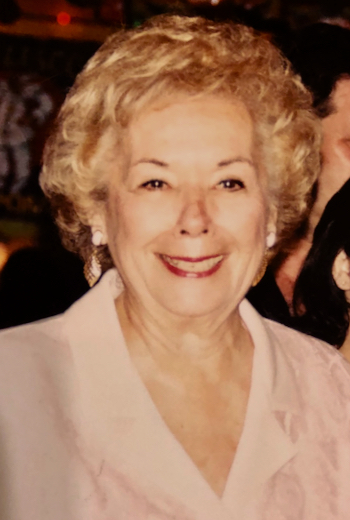 For example, Monday night was Mah Jong for Mom and her girlfriends; Wednesday night was bridge for Dad and his friends. As a die-hard UCLA alumnus and Bruin fan, Dad also attended every home game for both the UCLA basketball and football teams with a religious fervor that our rabbi could only dream of inspiring in his congregants. A true believer, Dad even followed his beloved Bruin basketball team on the road when they made it to the championship playoffs.

Friday night dinners were special because it was Shabbat, so we ate in the dining room, not the kitchen. When my mother’s parents joined us, Papa stood in his fine gray suit and made Kiddush and Hamotzei over the delicious challah from the kosher bakery.

As New Year’s Eve approached, the sacred ritual was Mom’s annual surprise birthday party. I’m not sure how it all started, but from my earliest memories, my dad got busy planning this shindig weeks in advance. Maybe he thought Mom felt cheated at having to share her birthday with the ringing in of the secular new year. Whether she did or not, this was one of Dad’s primary ways of demonstrating his love for his wife.

Of course, after the second year of this, these “surprise” parties were no surprise, but Mom’s foreknowledge never stopped Dad from making elaborate plans. Dad was severely hard of hearing, so shouting was his default telephone manner. I could hear him from the other side of the house bellowing to their friends, “Don’t tell Libby about the party! It’s a secret!”

I loved watching my dad run around planning the party. Like a secret agent, he’d pick up the cake from the bakery and deliver it to Mom’s best friend Eleanor, who brought it to the party. “I’m going to pick up the cake!” Dad hollered as he left the house, naturally when Mom wasn’t around.

Mom’s high school drama background came in handy when, instead of the “quiet dinner” that she had been led to expect on December 31, friends started popping and bobbling up from behind couches and doors, shouting “Surprise!” When the lights dimmed and Eleanor triumphantly brought out the cake lit with candles and everyone sang “Happy Birthday,” Mom reprised her annual performance, professing delighted shock and seemingly dazzled at her good fortune at having a husband so thoughtful, and friends so dear. Dad stood there grinning from ear to ear.

I never doubted that Mom and Dad’s friends would happily play this game each and every year. My mother, named Liebe Leah after her paternal great-grandmother, was intelligent, warm, gracious, tactful, refined, and beautiful. She listened more than she talked, guaranteeing that she had many friends who cherished her as a confidant. Mom was also very private, and I often wasn’t sure what she was thinking. She didn’t chat much about what happened to her at work during the day, and didn’t tell me many stories about her own youth. I wish that she had, so that I had more to draw upon when I think of her.

What she always made abundantly clear was that her love and devotion to her family knew no bounds. When tragedy struck our family and my older brother died in a car accident when he was seventeen, my mother summoned incomparable resilience to keep the family going, despite her own broken heart. Only when I was grown and a mother myself could I begin to guess at how much this resolute strength really had cost her.

My parents grew up in an era where people didn’t move around very often. The friends they had made in high school, college, summer camp or as young marrieds remained their friends for life, so the guest list for Mom’s party never varied. Eleanor and Dick, Stan and Ann, Alice and Morty, and other friends were sure to be there. It wasn’t just Mom’s birthday they were celebrating, and not just a new calendar year, either. They were celebrating their enduring friendships, and the power of rituals.

I look back at the durability of my parents’ friendships as something beautiful and remarkable. The mutual devotion among this group of friends was a great model for my husband, Jeff, and me. We work at keeping up our own friendships, but it is harder these days, as people even in mid-life and beyond remain so very busy, and can still up and relocate far away from you.

Dad passed away just before their forty-eighth anniversary. There were no more surprise birthday parties for Mom, but her friends made sure she would never spend her birthday alone. Mom was not only blessed with friends till the end of her life, but I know she cherished the memories of all those New Year’s Eve birthday parties, spanning decades, planned by a husband who couldn’t wait to “surprise” her all over again.

I am blessed that Mom’s name is on my lips throughout the year, and not only as her birthday approaches. Five years ago, when our second granddaughter was born, I stood at shul during the morning minyan and cried tears of joy as our eldest son, Avi, named his newborn daughter after her very special great-grandmother, Liebe Leah.

Care to learn more about Judy? 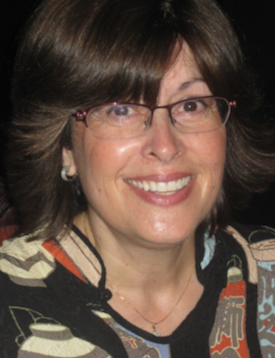 Judy Gruen is an author, essayist, editor, speaker and writing coach. Her memoir, The Skeptic and the Rabbi: Falling in Love with Faith, explores her unintentional path to religious Jewish practice.

Judy has also written three award-winning humor books and co-written a book on MBA admissions. She is a regular, longtime contributor to Aish.com, the Jewish Journal, and many other media outlets.

She lives in Los Angeles with her husband, Jeff, and spends as much time as possible with her young grandchildren. Read more of her work on www.judygruen.com.