“If what we did is woo woo—I want more of that!”
An initially skeptical participant in one of Marc Lesser’s sessions for business leaders—who turned into a supporter after the retreat 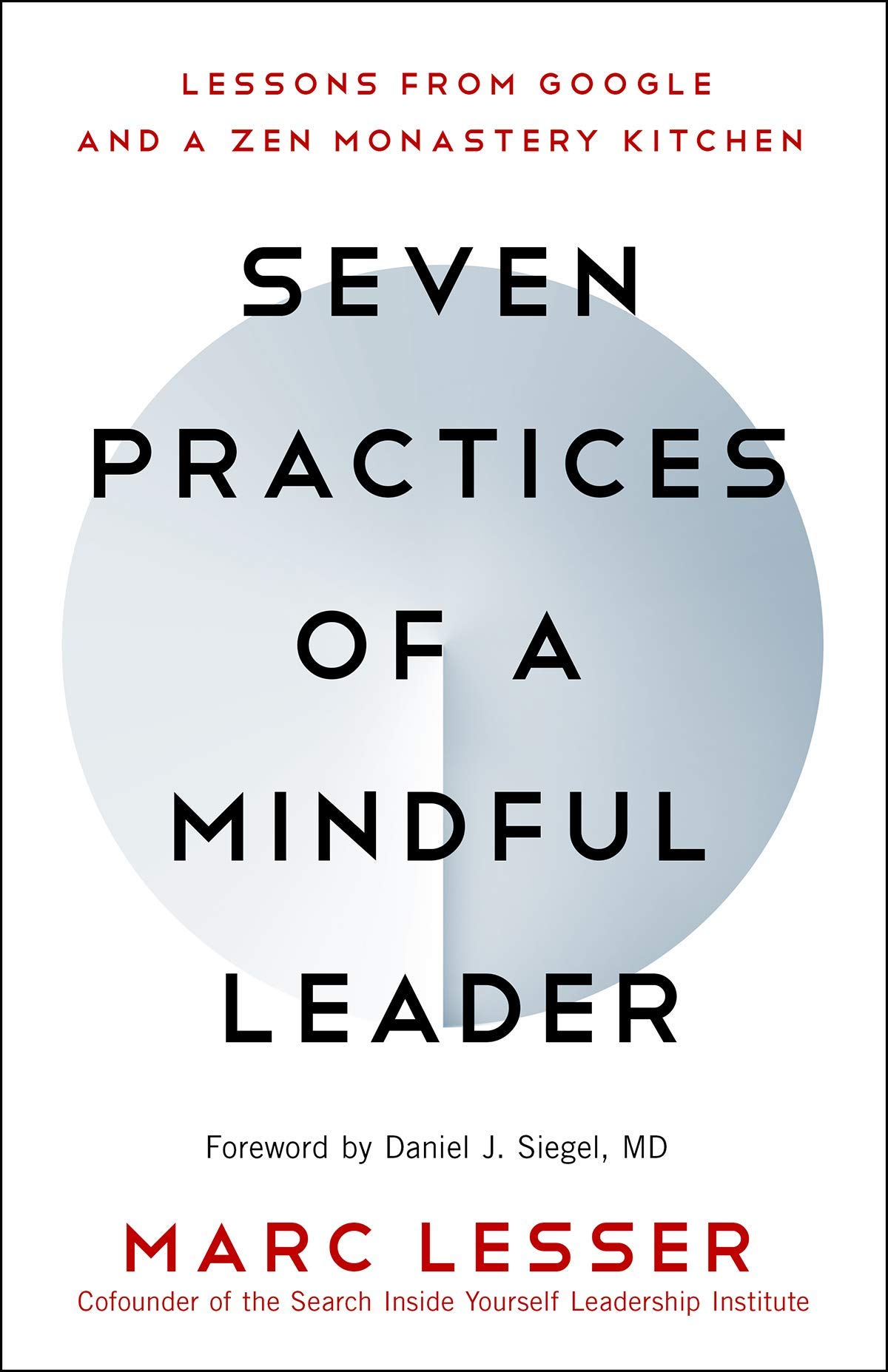 Marc Lesser is famous for forging a pattern of spiritual practices for daily living that fuses ideas from both the ancient and the newest sources of wisdom. A Zen teacher, his programs and books draw on the tradition of Gautama Buddha that originated centuries before the dawn of Christianity. Then, working on a cutting-edge Google team in 2007, he and Chade-Meng Tan co-created the Search Inside Yourself Leadership Institute (SIYLI).

Since that launch, both Lesser and Meng have moved on to many other projects based on their vocation of doing good things every day to help change the world. That includes Marc’s blog, which on July 8 told the story of an almost hostile group of executives who had invited him to hold a session at their business retreat. The skeptical men and women expected him to turn around their dysfunctional retreat with a 90-minute session of group reflection.

As he has done countless times over the years, Marc did step up to the challenge. As he walked into the room, this group was so frustrated—they had collectively fired their business facilitator just before Marc’s session.

Yet, despite the odds, Marc managed to reset the group’s attitude in that brief session. How did he do it? As he tells the story, Marc simply opened his toolbox of Zen practices and people responded, despite their skepticism.

Here’s how Marc describes the response he received three days later from one participant:

Three days after the retreat one of the board members, the CEO of a venture capital firm in Washington, D.C., sent me an email: She said she’d felt concerned when she’d heard about my proposed quiet time and was both cautious and curious about meditation practice. She usually strongly resisted anything that smacked of being “New Age,” or as she put it, “woo woo.” She concluded: “If what we did is woo woo—I want more of that!”

Marc Lesser’s fourth and newest book is Seven Practices of a Mindful Leader: Lessons from Google and a Zen Monastery Kitchen. Marc has been writing about this idea of combining mindfulness and contemplative practices with business principles since 2005, which is before the launch of Google’s SIYLI. That first book 14 years ago was called, ZBA: Zen of Business Administration—How Zen Practice Can Transform Your Work And Your Life.

In this case, the background of that publication is relevant because this really is a story of California fusion.

Marc was following in the footsteps of pioneering Buddhist teacher Geri Larkin, who had stirred national interest in this idea of combining Buddhist and business principles in her landmark 1999 book, Building a Business the Buddhist Way. That first volume of Geri’s work was published by Celestial Arts, an imprint of Ten Speed Press in Berkeley, California—most famous for producing the mega-best-seller What Color Is Your Parachute. Ten Speed later was bought by Random House, so now it is part of the Big Five group of imprints that dominate publishing. Over the years, Geri went on to publish with several other houses, including another Big Five imprint: HarperOne.

As he aspired to become an author, Marc was picked up by another spiritually minded publishing house with origins in the San Francisco Bay area. New World Library began in Oakland and now is headquartered about 30 miles north of the bay in Novato.

Since 2005, Marc has remained with his original publisher. That has been a smart move for Marc, because the team at New World is steeped in the kind of fusion he is trying to teach. For more than 40 years, New World Library has been devoted to understanding the complex interweaving of spirituality and culture in America. (Curious? Take a quick look at their online booklist.)

“In recent years, mindfulness has exploded in popularity, but an individual’s interest in mindfulness does not necessarily translate into them becoming a mindful leader. Understanding mindfulness can be challenging; even more difficult is embodying and regularly practicing it in everyday life. Of course, ancient practices weren’t developed in order to improve business. They are meant to shift our consciousness and way of being in the world. Yet these practices are essential to mindful leadership and to creating the type of supportive organizational culture that allows business and people to thrive. Grounded in the depth and simplicity of his experience of leading a Zen monastery kitchen, Marc Lesser unpacks the richness of these practices and makes them accessible to our daily life.”

One reason people feel they are instantly connecting with Marc is that he is authentically interested in talking with them—and brings both a disarming humility and a sense of humor to the conversation.

In our interview about his book, I asked about how he has accumulated so much Zen wisdom over the many years—despite all the traveling and working in so many high-stress organizations. I expected that he might answer by talking about his work at Google.

“I had the best training while working in the Zen kitchen,” he said. Marc literally worked his way up from serving as dishwasher at the Tassajara Zen monastery. (The great sage Sunryu Suzuki founded Tassajara in 1967, just four years before his death.)

“You learn a lot about life’s basic questions when you’re asking them over a kitchen counter, trying to prepare enough carrots to feed 150 people!” After he ascended various rungs in the hierarchy of cooks, he eventually wound up as head chef.

Maintaining a humble self assessment is a core principle in his book, especially in a chapter titled “Don’t Be an Expert.”

In our interview, Marc explained, “One of the things I appreciate about Zen practice—and especially the Zen tradition in which I was trained—is that, Number 1, it has a sense of humor about itself and, Number 2, it ultimately wants to negate itself,” he said.

“Explain more about that,” I prompted. “Buddhism and Zen in particular are different than other religious traditions in a number of ways. For example, Buddhism isn’t about worshipping a deity. Buddhism is more about what might be called compassionate searching or questioning. So, explain your phrase ‘sense of negation.'”

He said, “That sense of negation is a recognition that Zen, or we might say religion in general, is essentially a place holder for permission to ask questions: What does it mean to be a human being? Why is being human so difficult? Why have greed, hate and delusion been so popular for thousands of years? Why do they remain exceedingly popular today? And what can we learn by asking these questions?

“And we ask: What’s the role of a simple, profound several-thousand-year-old practice like meditation? This is a practice of just stopping and seeing what happens when we bring our full attention to an inquiry of what’s happening with our bodies, our minds and our hearts.

“To me, that’s my core training—and that training has come through the Zen kitchen and also from my pathway in the world.”

‘DON’T BE AN EXPERT’

Evidence of Marc’s authenticity as a writer and teacher is his acknowledgment that he is playing only one part in a long tradition. The “Don’t Be an Expert” chapter ends with an homage to Ram Dass’s landmark Be Here Now in 1971—a unique book that influenced countless lives. Our online magazine has published several interviews with Ram Dass over the years, including this one in 2013.

In other words: In buying a Marc Lesser book, or attending a Marc Lesser event, Marc makes it clear that you’re not encountering some new, trademarked system that he has whipped up in his kitchen. You’re tapping into a timeless line of wisdom.

Marc points out that, when he was only a 19-year-old kid, Ram Dass already was conveying this wisdom to his new generation. Why was the message of Be Here Now so surprising?

“It presented the possibility of finding a meaningful life by going beyond conventional ways of seeing ourselves and the world,” Marc writes in his new book. “I was introduced to the concept of not being an expert, of beginner’s mind, through what Ram Dass called ‘the most exquisite paradox’—as soon as you give it all up, you can have it all. When you relax thinking that you already know, there are many more possibilities. This practice is simply about making a sincere effort to listen without grasping, to respond without reacting, to be wiling to learn from each person and each situation.”

In our interview, Marc pointed out that, while his Zen practice draws on several millennia of spiritual wisdom, much of that wisdom is also resurfacing in current research in broad fields such as psychology and sociology and in specific topics such as leadership. The fusion he is encouraging is surfacing naturally in global culture.

“The beautiful thing right now is that more and more research evidence is coming to us showing that a principle like vulnerability is an important quality in all relationships—and is essential for anyone in a leadership or management role,” Marc said in our interview.

“So, I’m not alone in saying that we all need to be a bit more humble, a bit more vulnerable and transparent. That’s emerging in a profound way from the latest research, as well.

“The great connector is that all people really want to find clarity and connection in their lives. People who are dealing with the struggles and opportunities in our world are ready for this message.”

You’ll find all four of Marc’s books listed on his Amazon author page.