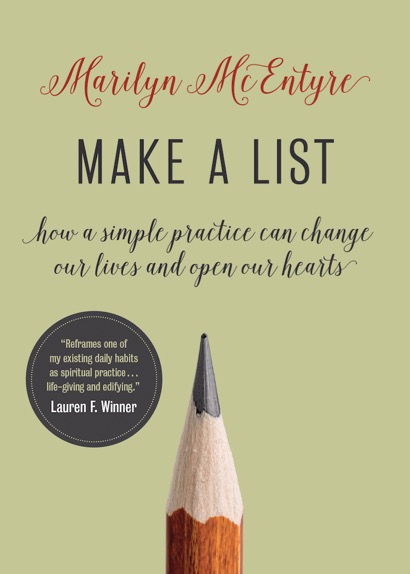 Since this online magazine was founded in 2007, we have published more than 10,000 columns—and hundreds of those columns sprinkled through this vast magazine are lists. Any savvy journalist knows that presenting a story as a list is guaranteed to heighten reader interest. What’s “in” the list? What’s “out”?

Some Baby Boomers like to think they invented the idea of lists with best-selling milestones such as The Whole Earth Catalog and The Book of Lists—but they were simply building upon timeless wisdom! Lists form the foundations of world culture. The only reason anyone remembers the ancient Babylonian King Hammurabi after nearly 7,000 years is that he codified and quite literally posted a giant list of laws. Simply mention the name Moses among friends—and what do we recall first and foremost? That Top 10 List he carried down a mountain. And, this idea was not limited to the Middle East. Study the Analects of Confucius or the I Ching and you’ll quickly recognize—lists.

We are an online magazine that specializes in covering religious and cultural diversity, especially in the forms of new books and films. So, we can’t help but love lists.

The moment Marilyn McEntyre’s guide to list-making appeared in our home office, we knew that we wanted to recommend it to readers.

Make a List is a Do-It-Yourself guide to list making. But that description might make the text sound rather dry. In fact, this is an inspiring workbook that offers fresh invitations to readers with every turn of Marilyn’s pages. This is a book from which you can spin off countless ideas of your own for lists, prayers, columns, sermons, lesson plans, discussion starters.

Warning to readers: Have paper and pen ready when you open this book, because you will immediately want to start making lists of the lists you’ll want to make! 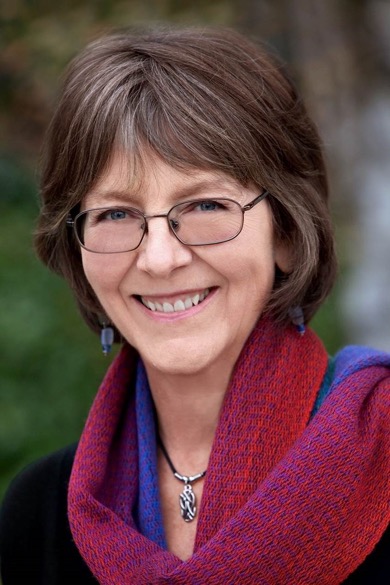 There also is an Eastern approach to mindfulness that animates Marilyn’s approach to lists. That’s true of her earlier books, as well, such as her 2016 book, Word by Word: A Daily Spiritual Practice. In that book, Marilyn listed some common and yet powerfully evocative words and Richard Rohr described the overall effect as bringing “lively attention to the way single words can open multiple doors of memory, imagination and reflection.”

In our interview about her new book, Marilyn said, “I think one of my favorite words these days is ‘noticing.’ List making is a way to teach ourselves to take note of what’s around us and what’s in us.”

Marilyn took issue with my description of this as an Eastern practice. “You could call it a spiritual discipline,” she acknowledged, but said, “I like to think of it as a discipline of stopping—like Basil Rathbone used to do in those classic Sherlock Holmes movies—and saying, ‘Hmm, look! What’s this?’ ”

If you read any of Marilyn’s books—or visit her personal website—you will learn that she is Christian and has a loyal base of readers like Rohr who might be described as progressive Christians with a special interest in renewing spiritual disciplines.

“I describe myself as a follower of Christ,” she said in our interviw. “I am the daughter of missionary parents. I was born in India. I had very faithful parents. My mother really walked with Jesus in a way that was luminous but I also had my struggles with their particular generation of evangelicalism. These days I worship in a wonderful Episcopal church. I spent some time with the Quakers. So, I have had chapters of my life in different denominational settings and that’s been really rich.”

LISTS AS AN ANTIDOTE FOR ANXIETY

In addition to her writing and public speaking, Marilyn teaches at the University of California, Berkeley, in Medical Humanities. “For most of my career, I have tried to wander across disciplinary boundaries, so I’ve taught courses in literature and theology at a couple of seminaries,” she said in our interview. “At Berkeley, it’s Medical Humanities, where we explore connections between literature and medicine.”

Anyone who has been involved in therapy knows about the potential of lists. “What are you afraid of? Take 5 minutes and list everything that pops into your mind,” might be a request. Or, we might be urged to make a list of things we hope to do—or dread doing—and prioritize the items. We might be asked to list our fears, then deliberately set some of them aside to ponder another day. It’s no accident that the world’s most popular self-help programs are—12 Steps.

“I really am interested in that relationship between list making and anxiety,” Marilyn said in our interview. “There is so much floating around us all the time, these days. We are surrounded by the Internet, which is such a concentric and complex web of relationships that it’s very difficult to put your finger down on something and say: I’m going to start here.

“A list is a way of making sense of things. But there also is such freedom in list making. A list doesn’t demand that you organize something clearly before you put it down. A list is just a beginning, a opportunity to respond to what’s happening around us in a new way. I might encounter something in the front-page news that troubles me and I might respond by starting a list of ‘Things I’d like to understand about Islam.’ That’s a much more positive response than a lot of other reactions we might have.

“I hope people find in this book a lot of new possibilities to explore.”

Here at ReadTheSpirit, we do, too!

A column on the power and potential of lists wouldn’t be complete without—a list. Since we love lists—and have published 100s over the past 11 years—here are some lists we recommend from our online magazine, our columnists and our authors.

1.) OUR NEWEST LIST—Over at our Front Edge Publishing website, we have just published our newest list: 10 Reasons We Like Epigraphs. At that Front Edge website, several of us on the publishing-house staff take turns writing weekly columns packed with tips and professional news for writers. This week’s column explains why many new books are sprinkled with short quotations in the form of “precedes.”

2.) OUR OLDEST LIST—Way back in 2007, we published one of our all-time most-popular columns. It was a quiz—in other words, a list of questions—asking readers to identify Is It the Bible or the Bard?

3.) PRAYING FOR OUR WORLD—As Marilyn explains in one section of her new book, prayers usually are lists, whether we prefer to call them litanies or liturgies or even free-form conversations with God. In prayer, we tend to move from one item to another and that’s quite simply a list. Our ReadTheSpirit friends have been involved in cooperatively writing prayers—as a group experience—for many years. Care to learn more? Here is a 2013 column called, Praying for Our World: The WISDOM of Women.

4.) MOVIE LISTS—We’ve published so many movie lists over the past 11 years that we can’t count them all. But we do know that the most popular movie list we ever published is Top 10 Jesus Movies. All of our writers get involved in highlighting new books and films we love. Each year, author Rodney Curtis publishes his own Favorite Movies of the Year. Our readers love movie lists!

5.) FEED THE SPIRIT—We write a lot about the infinite spiritual connections with the food we eat. We even connected that theme with movies in A Baker’s Dozen: 13 Best Films on Food and Faith.

6.) HOLIDAYS—One of the most popular ongoing columns in our magazine involves global Holidays & Festivals. We love dreaming up connections that knit all of our themes together, so in keeping with our focus on holidays, we published Top 10 ‘Other’ Christmas Movies, After It’s a Wonderful Life.

7.) INTERFAITH PEACEMAKERS—This section of our online magazine, created by author and international peacemaker Daniel Buttry, is packed with lists of stories about heroic men and women.

8.) OUR BIG BOOKSTORE—On this website, our Front Edge Publishing bookstore lists most of the books we have published over the past decade.

9.) A BIG LIST OF COMICS—In our efforts to combat bigotry and bullying, we created another special section highlighting all the cartoonists who have contributed to Bullying Is No Laughing Matter.

10.) 100 QUESTIONS AND ANSWERS—We even publish books that are cover-to-cover lists. The Michigan State University School of Journalism’s Bias Buster team has created a whole series of these books.

Beyond these Top 10 gateways to our most memorable lists, feel free to play around with the search box on our website. You may stumble across other gems you will enjoy. There are lots of hidden corners of this website. Here’s a hint: A few years ago, we shone a spotlight on one of the world’s masters of the literary list, Charles Dickens. Check out this introduction to Bleak House, which includes the text of Dickens’ famous list describing London’s infamous fog that opens this grand novel. Or, you might stumble across a column in which a few friends of our magazine began posting a list of curious words they wanted to investigate.

Enjoy! And please share your enjoyment of these columns with friends!