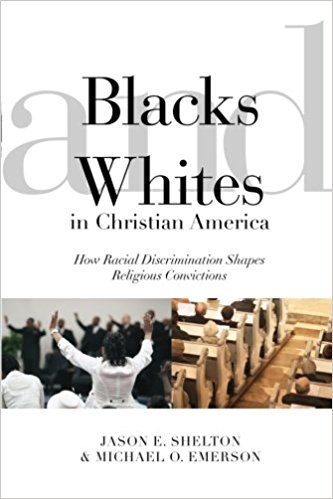 EDITOR’S NOTE—Our colleague David Briggs has published a fascinating interview with sociologist and educator Michael Emerson at the Ahead of the Trend website. While most of our readers are well aware of America’s racial disparities, this new interview about the crisis points us in directions that could lead toward reconciliation—particularly as Briggs and Emerson discuss humility research.

In our 11 years as an online magazine, we have occasionally cited and recommended Emerson’s work, especially his 2008 Passing the Plate: Why American Christians Don’t Give Away More Money. One of Emerson’s books that we particularly recommend for a serious examination of racial divides in American religion is Blacks and Whites in Christian America (2012).

In the conversation between Briggs and Emerson, here are a couple of the gems you will find:

The concept of humility is foreign to many Americans, Emerson says. Instead, we tend to be focused on our “rights,” not on a compassionate understanding of other people. Emerson says: “We’re really reduced to a rights culture. I know how to try to declare my rights. I don’t know how to do anything else, really. … In a rights culture, I learn how to speak up for myself, I learn how to recognize when I or my group is experiencing injustice, but I don’t learn a lot to think about other groups and what they might be encountering.”

Visit Ahead of the Trend to read the entire interview between David Briggs and Michael Emerson.