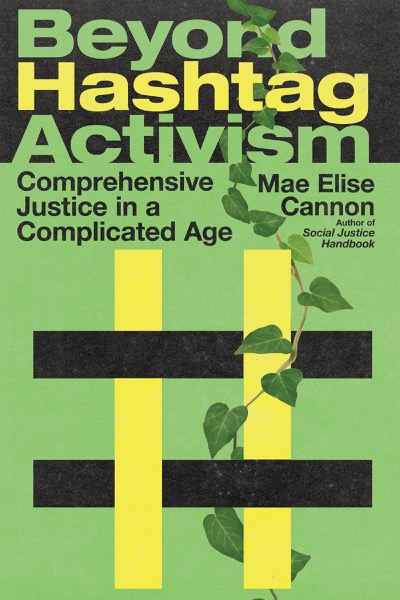 Editor’s Note: Our publishing house follows Associated Press style, which changed in June 2020 to capitalize the word Black “when referring to people in a racial, ethnic or cultural context.” Similarly, writers may capitalize White when reporting on racial issues. Our writers and editors are in the process of adapting to this change. Cannon’s book was published weeks before this change, so our quote from her book lower-cases black.

Just as Marie Kondo has built an international following for her advice on organizing your home—Mae Elise Cannon has become a leading Christian expert on sorting out the often-confusing impulses of your heart.

She can be described as an author, preacher, scholar and social justice advocate. But among that crowded field of voices in 2020—what makes her work distinctive?

We know what we’re talking about in this field, because we publish the leading Christian ethicist, Dr. David Gushee, whose influential book Changing Our Mind is featured in the section of Cannon’s new book devoted to sorting out issues on “Marriage and Sexuality.”

Her encyclopedic new handbook is titled Beyond Hashtag Activism: Comprehensive Justice in a Complicated Age and covers lots of topics in front-page news, including the Black Lives Matter movement, the #MeToo movement and the rights of LGBTQ people. Over the decades, Cannon has made this kind of broad-spectrum handbook her trademark niche. We first introduced her work to our ReadTheSpirit readers in a 2009 cover story marking the publication of her book, Social Justice Handbook: Small Steps for a Better World. 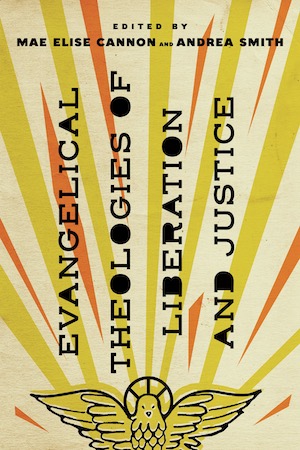 If you haven’t been keeping up with Cannon’s work over the past decade, then let us also highly recommend her 2019 book, Evangelical Theologies of Liberation and Justice.

That book introduces readers to more than a dozen leading evangelical thinkers, including women and people of color from around the world. Why is this 2019 book so valuable? Because the men and women profiled in that book are emerging as key Christian voices in the global conversation about social justice—yet they have not yet reached the status of full Wikipedia profiles. Cannon is bringing us the stories of these important men and women before our other online databases like Wikipedia have caught up with the news.

Another way to understand Cannon’s work is that—through her writing and speaking—she acts as a kind of journalist charting and describing the shape of Christian involvement in these life-and-death global issues.

Among Christian writers, she is emerging as an Erasmus of the 21st Century. Half a millennium ago, in the 16th century, Erasmus defined the role of “Christian humanism” as his writings charted and described the shape of the Christian Reformation sweeping Europe. Even today, no one can fully understand the turbulent changes wrought by the Reformation without reading Erasmus. Right now, reading Cannon’s 2019 and 2020 books, you—and your small group or congregation—will understand a whole lot more about evangelical Christian movements for social justice that are unfolding all around us.

If you think this is merely a bit of historical trivia—think again!

Voices nationwide are calling especially on evangelical Christians—Cannon’s prime audience over the years—to stop and reassess the movement’s support of Donald Trump four years into his presidency. In the July 10 issue of The Atlantic, another Christian ethicist—Duke University’s Peter Wehner—writes a lengthy appeal to evangelicals to rethink their moral and ethical values in light of Trump’s record.

It’s time to end this “Faustian bargain,” Wehner writes, adding: “My hunch is that at the beginning of this Faustian bargain, most evangelicals didn’t imagine it would come to this, with them defending the indefensible, tarnishing their reputations, and doing incalculable damage to their causes.”

This is the same historic moment for evangelical Christians that Cannon is addressing in her new book. Her new book could not be more timely. 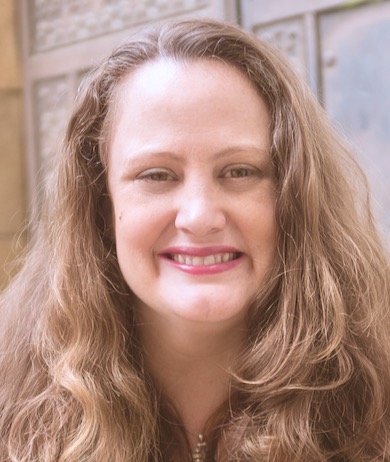 “I am writing these books because the first thing we need to do is humbly admit, as Christians, that we don’t know all the answers. So, we need to understand what is happening in the world today,” Cannon said in our interview about her new book.

She covers many major topics in her new book, but “on racism, my constant message is that all of us need to buy and read more books by people of color, so I understand that it may seem odd to ask people to read about race in my book, written by a privileged White woman. The argument I make is that we all need to start, at least, by understanding the evidence around us. So—at the same time I am telling people to read and listen to authors of color—I can also make sure that my readers are getting the essential evidence on racial injustice they need to consider in my book, as well.”

That practical approach to writing and teaching is precisely what you’ll find in these pages.

“You won’t find me being soft or compromising on the truth as I see it,” Cannon said. “I was raised Irish Catholic so I have that fire in my blood as I spread this message that our personal transformational journey as Christians is also something that our communities need to go through together as communities.”

Sometimes she has been accused of being too tough, including a couple of incidents she describes in the book. In one case, a White man stood up in the middle of one of her sermons and accused her of spreading lies. She managed to continue, anyway.

“Sure, I get beat up all the time for what I’m talking about, but that’s part of this work,” Cannon says. “I just keep going.”

What’s in the Book?

Here’s how the book is structured. There are five major sections:

In these four chapters on Race, Cannon draws on her own global experience, the wisdom of scholars who are people of color, her personal interactions with African-American mentors and colleagues—all supported by a host of factual data that builds her case.

She describes for readers the key elements we need to understand to make sense of this complex campaign that is operating on many fronts. She begins by clearly explaining that White Americans have the main responsibility to make changes, because White Americans are the primary perpetuators of racism, white privilege and white supremacy. In other words: The people who created this mess now must play the major role in cleaning it up.

This isn’t a call to simply hold hands and sing together. This is an indictment that strikes at the roots of White communities.

On page 80, Cannon writes: “Racism in 21st-century America is a reality. Acknowledging racism means understanding that white people hold social and institutional power over people of color. The growing face of white supremacy, which seems to have resurfaced in the public square after being less acknowledged for decades, must be identified and rooted out.”

She makes crystal clear to her readers, most of whom will be white Christians, that they still hold the major levers of power and the Black Lives Matter movement is going to require some major—and sometimes painful—changes in White privilege.

The point of this example from the Race section is: In a few weeks of small-group discussion in your congregation—you can have a crash course on the major issues at the center of the current movements for justice.

The Greatest Danger is Isolation

Why is there so much emphasis in this book on talking with family, friends and members of your small groups within your congregation?

“The greatest danger right now is isolation, separation,” Cannon said in our interview.

In the Race section, she writes: “For the church to be able to truly advocate on behalf of justice, white privilege must be recognized and understood.” Then, a bit later: “All of us are socialized into a system of racism.” And finally the crucial point about the danger of isolation: “White people, in large part, are isolated from racial stress and can choose to withdraw or ignore the realities of racism if we want to.”

Think of this book as a stepping stone, providing enough information and questions to help men and women sort out their moral and spiritual callings. It’s a short course in Christian ethical organization. Cannon keeps asking readers: Which of the many issues described in this book are closest to our hearts today? Which should we address first? What are the facts? How can we take action?

“Through this information, I’m trying to break down isolation,” Cannon said. “We will never respond to injustice if we’re not in proximity to it. And because of our privileges and luxuries, it’s easier than ever to remain separated from the realities of the world. When people finish reading this book, I want readers to think: Hmmm, now I realize that how I vote just might affect the the life of a 6-year-old girl living in a village in Asia!

“Unless we begin to learn about these issues in the world, we may never even know that little girl’s country even exists on our planet!”

Most importantly, Cannon believes that we all can find purpose—and hope—in our world today. “That really is the question I want readers to consider: How can we find hope in our world today? How can we live with hope and purpose in this age of so much pain and suffering?

“My role as a writer is helping people to find clarity of vision in the fog of fear.”