EDITOR’S NOTE: To read the other half of this week’s Cover Story, you will want to see Duncan Newcomer’s reflection on Peter Wallace’s new book. 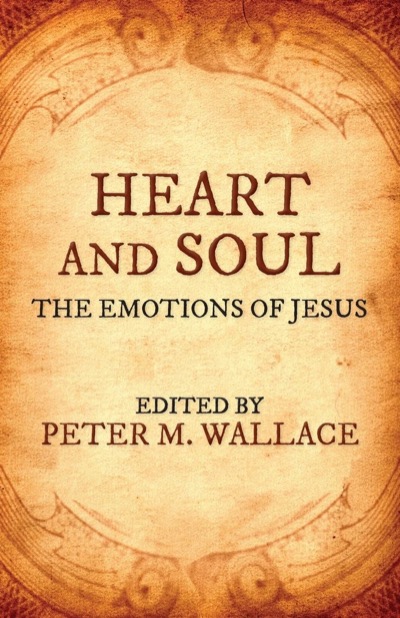 In the endless debates over what the Bible requires about this or that issue—traditionalist evangelicals like to point toward chapter and verse where the words on the page appear to them to be clear, divine instructions.

Often, the best rebuke to such proof texting is to say: Whatever those words meant in the ancient world, Jesus came to teach us that the core of the gospel is loving God by acting compassionately toward those in need—and working against injustice and oppression.

Of course, it’s a perennial debate: Is Christianity defined only by words on a page—or by the personality of Jesus Christ, who most Christians believe is still alive and guiding people today. These two approaches to the faith can lead to very different priorities in the world. However, Christianity has never chosen one approach over the other. In fact, the faith was founded many centuries ago on a mysterious blend of Jesus as both human and divine. How can that be? For centuries, Christians have declared this to be the mystery of the Incarnation, which Christians soon will celebrate at Christmas.

The official formulation of the Incarnation describes Jesus as both “fully human and fully divine.”

That’s certainly an invitation to go beyond the words on a page of the Bible to explore the meaning of Jesus’ actions and feelings. And, that’s why author and broadcaster Peter Wallace’s slim new book, Heart and Soul: The Emotions of Jesus, is a perfect choice for small-group discussions in the New Year.

Talking about Jesus’ emotions makes some Christians uncomfortable—and with good reason. Studying the realm of Jesus’ emotions opens the door to actually modeling his behavior in the world. It’s an idea that has empowered saints, ministers and huge institutions from schools to hospitals.

The key question: Is Jesus a divine character in a sacred book, reduced to words on a page—or is Jesus alive today and urging us to interact with the world as Jesus once did? That’s really the theme at the heart of Wallace’s unusual new book.

As author Duncan Newcomer writes, this week, in an accompanying column: Wallace’s new book holds a life-changing message: “It is the heart of God and the humanity of Jesus that indicates the potential of God within us. Of the teacher and the parent it is often said, ‘I don’t remember really anything that they said, but I never forgot how they made me feel.’ These are words that go beyond emotion to lifelong consequence, ill or well. And so it is that a book revealing the emotions of Jesus has it radical appeal.”

To put it bluntly: This is dangerous territory where our lives can be transformed by not simply proof-texting our way into Christian piety—but embracing the vast emotional range of Jesus in response to the needs of the world. Peter Wallace in the Day1 studio.

Peter Wallace is internationally known for his many books—check out his Amazon author page—and for his national network of mainline, Protestant-Christian broadcasts, called Day1. Peter also is a long-time part of the ReadTheSpirit network of writers and editors who have become friends over the years. For example, many of our magazine cover stories are reposted on the Day1 website so Peter’s online audience and our audience become part of a larger online community.

Peter also has been featured in annual ReadTheSpirit cover stories for more than a decade. Just a few of his past visits to our magazine:

Peter’s 2013 book is called The Passionate Jesus: What We Can Learn from Jesus about Love, Fear, Grief, Joy and Living Authentically. While researching material for that book, Peter first discovered Law’s almost-forgotten work on the same theme.

This week in our interview, I said to Peter: “So, your research on Passionate Jesus led you to search far and wide for other major works on this subject—and you found that precious little had been published on Jesus’s emotions, right?”

“There are a couple of very fine scholarly books. If readers want something more challenging, then I can recommend Matthew Elliott’s Faithful Feelings and Stephen Voorwinde’s Jesus’ Emotions in the Gospels,” Peter said. “But, you’re right, the reason I was so intrigued by Law’s book is that there was very little about Jesus’ emotions written for general readers.”

“I think one reason so many Christian writers have avoided this subject is that it’s a powerfully transformative way to encounter Jesus,” I said. “This is dangerous territory. And, I think it’s startling to find such a prophetic work—published a century ago—was written by a Scottish Presbyterian.” 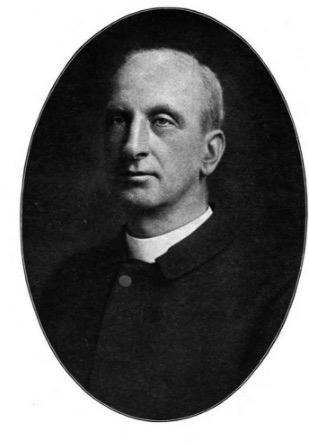 “Right! Just look at that stunning photo of him that I included in the book,” Peter said. “He looks so dour. We don’t know much about his life or why he wrote these particular sermons that form the book. I first ran across his book in an online archive and had to get a copy from the archive, because it’s been out of print for many years.

“So, other than reading what he wrote, we don’t have a lot of biographical material about Law to draw conclusions about his life. I’m just thankful that something came together in his life to produce this book that I think still vibrates with life and helps bring Jesus alive for us today. It’s as relevant as when he wrote it.”

What we do know is that Law was brought from Scotland to serve on the faculty of Knox College in Toronto, a theological school that still exists. At the same time, he preached at a local Presbyterian church. The sermons that form this book presumably were part of a series that was popular enough with his congregation that they were bound as a book.

“Ever since I finished my own book, The Passion of Jesus, I’ve always wanted to see Law’s book become available again,” Peter said. “Nancy Bryant and Church Publishing agreed to let me do this new edition, so I went through the original text and updated his style, here and there. With the editing, his message could have been written today.”

Updating the Book and Adapting for Small Groups

“How much did you change in your editing process?” I asked.

“Oh, I’d say the final text is maybe 95 percent Robert Law. I didn’t change much,” Peter said. “A century ago, for example, it was common to use masculine pronouns and I edited those references so they are more welcoming for today’s readers. Then, I also annotated the book with notes at the explaining some of his references. Back when Law was preaching, he simply assumed that everyone sitting in the pews understood his references to writers like Stevenson, Shaw, Wesley, Wordsworth and Browning. Today, people won’t pick up those references—so I added the notes at the end. Now, you can flip to the back of the book and learn more about the sources he used.

“Then the other addition I made was questions for readers to think about individually—or to use in a group discussion,” Peter said.

“What you’ve added really amounts to a discussion guide—bound right into the book,” I said. “So, it’s easy to use in a class or small group.”

“I was raised in a very loving, warm Methodist pastor’s home—yet the image that I got of Jesus was not quite human,” Peter recalled in our interview. “That Jesus I saw in church when I was growing up seemed to float above the grit and grime of humanity. He didn’t seem to get angry—oh, except for that one time in the temple when he turned over some tables. As a result, I really couldn’t envision him as a loving person—or having a sense of humor.

“Movies didn’t help much. Most people have seen some of those old Hollywood movies about Jesus. He usually was played by these white actors who portrayed him as very unemotional. Then, as I began to do more reading myself, I realized that there were a lot more hints and glimpses of Jesus’s emotions than I was getting in church or I was seeing in popular culture.

“At the same time, I began to realize that exploring Jesus’ emotions really helped people to engage with him in an authentic way. Seeing a connection between our emotions and aspirations—and Jesus’ emotional life—we are encouraged and inspired in new ways. That’s why I wrote that first book, and now I’ve brought Law’s book back into print.”

In his introduction to the new book, Peter writes:

The insights you’ll find here are just as fresh and relevant to our lives today as they were when first written. Dr. Law reveals that understanding and appreciating how Jesus experienced and embodied his own emotions can transform how we live in this world for the good. We can become firebrands for social justice by putting our holy anger to good cause. We can be lovers on behalf of those left outside the community’s circle of care. Comforters of those who grieve. Encouragers of those in fear. Active sharers of the way of Jesus. God knows our world needs more such followers of the way of Jesus right now.

EDITOR’S NOTE: To read the other half of this week’s Cover Story, you will want to see Duncan Newcomer’s reflection on Peter Wallace’s new book.