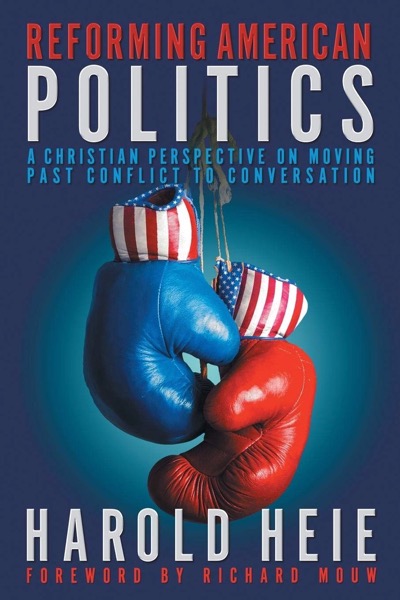 In one front-page confrontation after another these days, “Christians” play a role as an angry and sometimes downright hateful force.

Now, scholar and online researcher Harold Heie is publishing news that may astonish many Americans: Christianity’s often-overlooked core values hold the key to turning confrontation into conversation. After nearly a year of online research, which involved dialogues between men and women nationwide, Heie now reports on his findings in the new book, Reforming American Politics: A Christian Perspective on Moving Past Conflict to Conversation.

Rather than scolding Christians who have been tempted to fuel the fires of sectarian warfare—Heie encouraged his own participants to rediscover and speak on behalf of Christian virtues that could lead us all beyond our vicious divisions.

As Editor of ReadTheSpirit, I’m not alone in praising the value of his new book. A Who’s Who of leading evangelicals point to Heie’s work as a welcome pathway out of endless feuding.

“It is hard to imagine a better book for times like these,” writes Mark Noll, who is widely regarded as the dean of American evangelical historians. “In an age of flaming rhetoric, fractious politics and fissiparous ideology, Harold Heie exemplifies a much better way. The discussions he moderates in this book treat red-hot issues like immigration, health care, economic inequality and money in politics … The marvel for readers will be to see believers airing their differences frankly, but doing so with Christian friendship preserved and Christian wisdom to the forefront.”

An endorsement like that from Noll is high praise indeed! Noll is most famous for his oft-quoted assessment of the painful lack of good scholarship in the evangelical world, when he wrote: “The scandal of the evangelical mind is that there is not much of an evangelical mind.” (Note: Always the educator, Noll likes to teach readers words such as “fissiparous,” which means “inclined to cause division.”)

Randall Balmer, another nationally renowned Christian scholar and historian, puts it this way: “Heie does not settle for bromides or platitudes. He insists on thoughtful, theological, informed discussions, and he points us—all of us—toward a better way.”

Intrigued by what you’ll find in this substantial new book? It’s now available via all major online bookstores in all formats, including hardcover and paperback from Amazon.

First, Heie tells us, Christians have to pause for a moment in the midst of their fury over hot-button issues to remember that they should be guided by a powerful list of values, or virtues, that were taught by Jesus himself.

On the first page of Heie’s Preface, he makes this crystal-clear case:

The premise behind this book is uncomplicated and easy to state. It isn’t rocket science, at least to say; it is much harder than rocket science to do: Jesus has called all his followers to love their neighbors. Providing someone who disagrees with you a safe and welcoming space to express that disagreement and then talking respectfully about your disagreement is a deep expression of love.

Heie spent nearly a year demonstrating this, along with 23 men and women he calls his Conversation Partners. In a little more than 400 pages, Heie shows us how these men and women across the U.S.—who deeply disagree with each other on many issues—nevertheless were able to conduct cordial and constructive conversations over the course of a year.

Again and again, Heie comes back to that first-page summary.

First and foremost, he argues, Christians need to stop battling and remember who Jesus calls them to be.

‘How Did Christians Get So Angry?’ 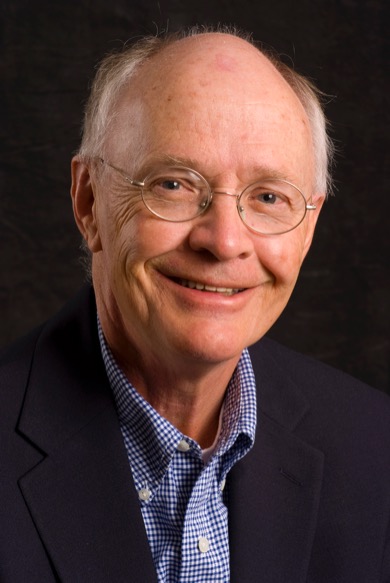 “Every Christian knows that we must love our neighbors,” Heie said in an interview about his new book. “We all know that. There is no way to escape that truth.

“When I use the term ‘Christian,’ I am referring to anyone, whatever their particular denomination or tradition might be, who personally trusts in the death and resurrection of Jesus Christ as decisive for salvation and redemptive of the entire created order. Anyone who aspires to be a follower of Jesus must follow the two great love commandments taught by Jesus: love of God and love for neighbor.”

So what’s the problem?

“We all know we’re supposed to love our neighbors—but we don’t agree about how to express that love,” Heie explained in the interview. “A lot of Christians wind up violating our values about providing a safe and welcoming space for those who disagree with us. This is a real tragedy because, if we’ve lost our focus on love of neighbor, then we’ve really lost our way.”

I told Heie, “As a journalist specializing in covering religion, I’ve been reporting on these conflicts, sometimes called culture wars, that have been convulsing the religious landscape for many decades—certainly since the 1960s. Now, we’re at a point when many so-called ‘Christians’ are angrier than I’ve ever seen them. These are our fellow Americans. How did we get so angry?”

“There are many ways to begin answering that question,” Heie said. “But I think the main problem today is what I refer to as tribalism. We have segregated ourselves into tribal groups where we tell ourselves: We have the truth, the whole truth and nothing but the truth about the issue at hand. And, if anyone outside our tribe dares to talk about this issue? We know they clearly don’t have the truth. We don’t need to listen to them.”

“To some extent, we’ve always seen that kind of conflict, haven’t we?” I asked him.

“Yes, to a certain extent, tribalism always has been a part of American history. So, why is tribalism getting so much worse now? I think social media has made a major contribution. Social media is not conducive to real conversation. In fact, social media tends to insulate us and often precludes real conversation. The deeper we go into our tribal social media, the less opportunities we have to learn something from someone who disagrees with us.

“Adding to that problem of isolation is our obsession with speed in communication today. People don’t have time for the complex conversations we need to explore the most important issues we face today. Working through alternative points of view is a laborious process. Learning from each other takes time. What most people want today is an answer that will fit into a Tweet.”

Throughout Heie’s book, readers will rediscover—along with Heie’s 23 online discussion partners—the timeless values and virtues that can move Christians away from the current climate of conflict. Then, in his final chapter, Heie devotes 30 pages to a detailed overview of these values, easily organized with sub-heads so that the material flows logically from one lesson to the next. This section is perfectly laid out to help discussion leaders present these ideas to a group or class in a step-by-step manner.

We are using the phrase “values and virtues”—as Heie does himself—because Heie doesn’t want readers to get hung up on traditional codifications. Wikipedia has an overview of these ideas that stretch all the way back to ancient Greece and include some classic Christian attempts to turn them into codes of conduct. In his book, Heie writes that he is not interested in that academic debate over codes of virtues—or values.

Instead, he wants readers to focus on freshly rediscovering the heart of these values.

He begins with Love, Humility, Courage, Respect, Truth, Shalom, Justice, Patience and Hope. Then, he offers suggestions for applying these values in the world today. Among his many recommendations:

How Harold Heie Drew Opponents Together

As Editor of Front Edge Publishing, after my interview with Heie, I also reported on his unique method of organizing online conversations that formed the basis for this new book. If you visit our Front Edge Publishing website, this week, you’ll find a column about developing new books from online writing. In the final third of that column, you also will find links into Heie’s original eCircle articles that formed the basis for the first chapter of his new book. You can actually see the raw material as it originally appeared online.

“The conversations for this new book are now done, but I have left those materials on my website so that people actually can see how this can be done,” Heie said in our interview. “If you care to look at the pieces, step by step, you will see how people engaged each other respectfully and mutually found benefit in doing so. They find areas of agreement—and they illuminate their ongoing areas of disagreement, too—but they do so in a constructive way.”

In our interview, Heie stressed that starting a small group, which is common in most congregations—or a more formal process for conversation as he has modeled in this book—requires thoughtful preparation.

“This reflects my hard-earned experience with what has and hasn’t worked for me,” Heie said. “You can’t hope to have a really good conversation unless you devote the first session to discussing the purpose of the conversation—and the ground rules.”

Heie recently began orchestrating an in-person series of conversations and said, “In our first session, we don’t talk about the main political topic at all. I always start with two leading questions: Why are you interested in being part of this group? And: What do you hope the end result will be from this group? I’ve got eight people and we give them a chance to respond without interruption. The whole point of starting with that kind of session is to get used to listening to each other. We hear personal stories. We begin to understand more about what shapes each person’s way of thinking.

Readers will find that portion of his book beginning on page 388 with sub-heads over helpful sections that include:

This new book really is a complete tool kit for teachers, community leaders and moderators of the millions of small discussion groups and classes that meet regularly in congregations coast to coast.

Once again, I am not alone in saying this.

“Harold Heie practices what he preaches—which is civil conversation, from a serious Christian theological perspective, amid a context of brutal division. He doesn’t just theorize about the essential challenge—he creates contexts that model the way forward. This book is an impressive example of what Heie is about. I strongly recommend it—and the practices it embodies.”

So says the Rev. Dr. David Gushee, author of Changing Our Mind.