Conceptual prototype of a United States $20 bill featuring a portrait of Harriet Tubman, produced by the Bureau of Engraving and Printing in 2016. This U.S. government image was obtained by The New York Times in 2019 and published in the article “Treasury’s Inspector General to Review Harriet Tubman $20 Bill Delay,” June 24, 2019. Two years after that, The Washington Post updated the news story and featured a newer artist’s concept of a Tubman $20 bill.

Heroine of the Underground Railroad, Nurse, and Scout in the Civil War,
Born about 1820 in Maryland,
Died March 10, 1913, in Auburn, N.Y.
Servant of God Well Done.
Inscription on Harriet Tubman’s tombstone

On March 10th, 1990, President George H.W. Bush and Congress declared henceforth March 10th to be Harriet Tubman Day. It was on that day she died at age 93.

As millions of Americans nationwide see reminders of this remarkable woman, this week, we may find her referred to in many ways: Moses, Conductor on the Underground Railroad and General Tubman. She was also an abolitionist, humanitarian, spy, cook and suffragette. 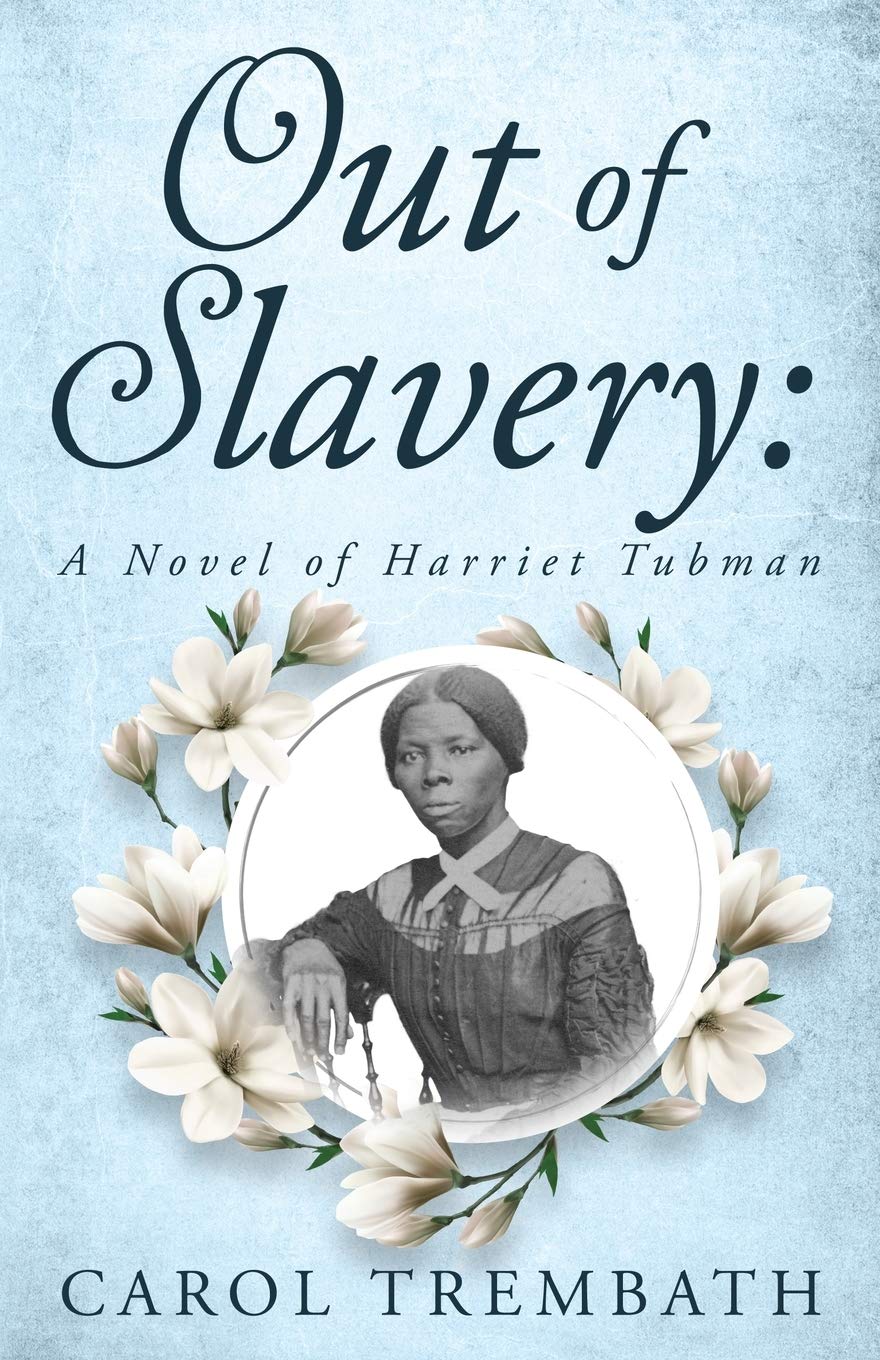 What did she do to earn her place next to such brilliant leaders and dazzle the world with her courage, wit, intelligence, military genius and integrity of character?

How did a woman barely 5 feet tall, who could not read or write become such a giant?

Her family and biographers have the answer.

In Maryland in the fall of 1833, the heavens seemed to open up for the annual Leonid meteor shower. That year, it illuminated the night sky with a particularly spectacular show. For Harriet and her family, there was a sense of this phenomenon being a harbinger of impending calamity.

It wasn’t long after this that Harriet received a near-fatal blow to her head. It was the turning point in her life that changed her not only physically but spiritually as well. It happened when, as a young girl, she went with the plantation cook to the local dry good store. On the way, she saw an overseer chasing after a runaway slave. He ran inside the dry good store to hide, but the overseer was right behind him. Harriet ran inside too. The overseer was angry and he picked up a two-pound, cast-iron, weight and threw it at the runaway slave. However, it missed him and hit Harriet in the head, breaking her skull. She dropped like a stone and was carried back to her family’s cabin. She drifted in and out of consciousness for several months.

Harriet recovered, but she would have severe headaches and at times spells where she blacked out. Also, from her injury, she began to have visions and said she listened to the still small voice of the Almighty. She said, “I never knew a time when I did not trust Him with an all-abiding confidence. I talk to God as a man talks with his friend. Mine is not the religion of morning and evening prayers at stated times, but when I feel the need, I simply trust Him to set things right.”

In 1849, at the age of 29, Harriet escaped from the Brodess plantation and, crossing the Mason-Dixon Line, found freedom in the North. But what set Harriet apart from other escapees was her determination to return south thirteen more times to rescue others caught in the web of slavery. As a conductor on the Underground Railroad, each person on her train to freedom represented a victory over tyranny and one more chorus of alleluia being heard in heaven.

As a conductor, she said, “I never ran my train off the track and I never lost a passenger.”

Harriett always trusted in the Lord. She said she never went on a mission south to free the enslaved unless the Almighty approved. “When folks were given praise, I’d say, ‘Twasn’t me, twas the Lord! I always hold to Him: ‘I don’t know where to go or what to do, but I expect you to lead me.’ And, He always did.”

Harriet was not only a cook, nurse, and spy, she was also the only woman during the Civil War to lead armed men into battle. This unprecedented event took place during the daring raid up the Confederate-held Combahee River in South Carolina—which freed over 700 slaves. Harriet many times followed men into battle and she witnessed some of the most horrific fighting of the war including the battles for Fort Wagner in Charleston, South Carolina.

She once said, “I did not take up the work for my own benefit, but for those of my race that need help.”

Harriet bore the scars of slavery on her face and back all her life. She never sought power and remained poor. After the war, Harriet retired to her home in Auburn, New York, and dedicated her life to helping impoverished former slaves and the elderly.

Harriet was an active member and speaker for the suffragette movement. A month before she passed, she held the hand of a fellow suffragette and said, “Tell women to stand together.” She was also asked if women should have the vote. Her reply was, “I have suffered enough to believe it.”

Harriet was a fearsome woman who was rooted in her goal to bring light to others as she followed the North Star. Her courage and utter disregard of the consequences elevated her to the status of Moses. And so, like Moses who led the Israelite slaves through the Red Sea, Harriet parted the cotton fields of many southern plantations and led the enslaved into the Promised Land. She touched many with her great heart and many heard her strong voice saying, “Keep going.” 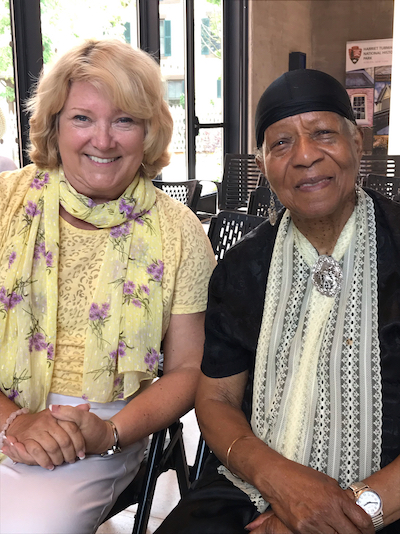 I too was touched by Harriet’s great heart.

During my life, I learned of Harriet’s courage and wrote a book entitled, Out of Slavery: A Novel of Harriet Tubman. I began to write the novel after attending a National Endowment for Humanities session. There I heard for the first time the story regarding Fort Wagner. The battle was the test to see if the first black regiment, authorized by Congress, would fight. It is also where over 257 Union soldiers killed in the battle were buried in a mass grave. To my astonishment, Harriet Tubman served their commander, Colonel Robert Gould Shaw, his last meal. That was it. I knew I had to follow history and write about one of the nation’s most heroic women.

As I worked on the novel, I gathered up her energy, by visiting all of the places where Harriet lived, worked and fought. I also met Harriet’s Great, Great, Grand, Niece Pauline Johnson, and her extended family in Auburn, NY.

In honor of her life and by popular demand, in 2016, the U.S. Treasury Department announced that Tubman will replace Andrew Jackson on the center of the new 20 dollar bill. I am a member of the Harriet Tubman Boosters Club in Auburn, New York. They work diligently to have her placed on the new currency and keep her legacy alive.

I can also recommend:

Larson, Kate Clifford. Bound for the Promised Land: Harriet Tubman, Portrait of an America Hero. New York: One World, Random House Publishing Group, 2003. You may also want to visit Larson’s own website, which has many more Tubman resources.

Born and raised in the Great Lakes State of Michigan, Carol Trembath has been an educator, librarian and media specialist for 30 years. In addition to her biography of Harriet Tubman, she also has made water a lifelong focus and passion—and is the author of a series of books about Native American Water Walkers. If you enjoyed this story about Harriet Tubman, you’ll definitely want to read Carol’s earlier column about the Water Walkers, headlined: Carol Trembath on a Native Perspective on the Spiritual Wonders of Water. Carol earned a Masters Degree in Library and Information Science from Wayne State University and a second Masters in Educational Technology from Michigan State University. Carol has been an educator in the Plymouth-Canton School District, Allen Park Public Schools, and the Walled Lake Consolidated Schools. Carol is a member of the Michigan Reading Association, American Library Association, and the Society of Children’s Book Writers and Illustrators.