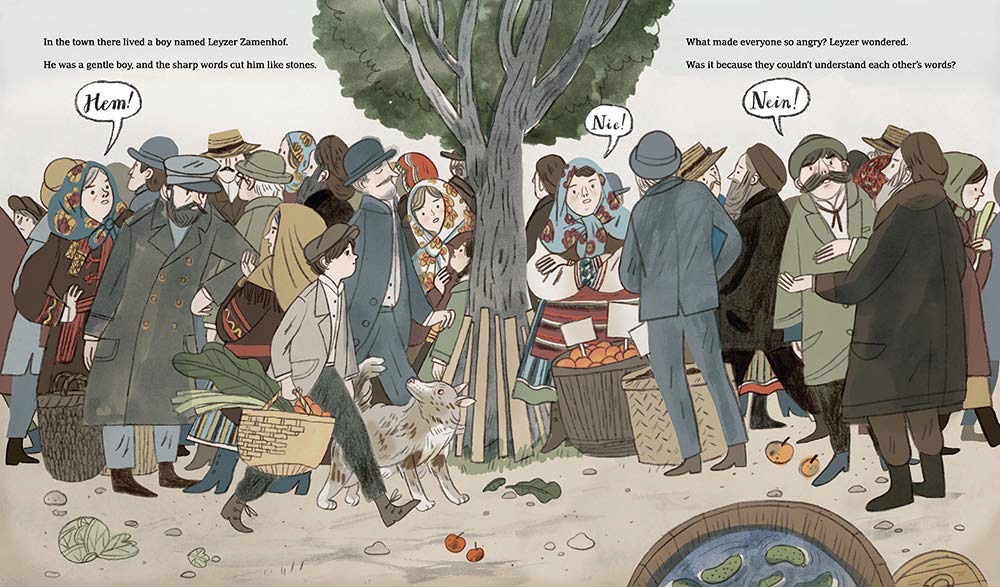 Click this image to visit the book’s page on Amazon. 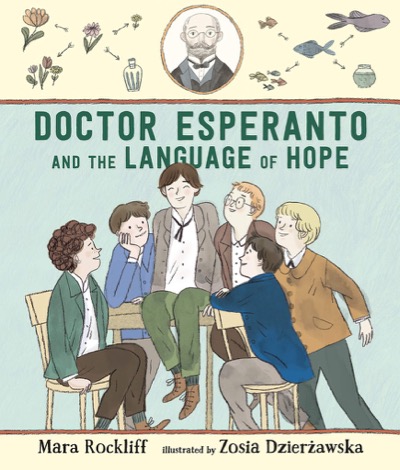 When I began my studies at the University of Michigan in the early 1970s, many of my friends were longing for some sign of hope that our nation’s current war in Vietnam would end and that our planet would not explode in a Cold War nuclear confrontation. I was studying writing and literature on my way toward a career in journalism when several friends and I stumbled across Esperanto and decided to learn the language.

For more than a year, I studied Esperanto, a language named for the nom de plume of its creator. As I studied, I learned that the man behind the pen name—the multi-talented Dr. Ludwik Lejzer Zamenhof—had published his book describing his new language under the name “Dr. Esperanto,” because he was a doctor (an ophthalmologist) and the word Esperanto means “one who hopes.” I was hooked! I even mailed out some Christmas cards to friends and family in Esperanto!

Then, as often happens, my life charged along into other professional pursuits and I stopped my Esperanto studies. What that experience taught me, however, has lasted through my entire life. I learned that good people around the world are continually looking for ways to peacefully communicate with each other. In fact, my career as a journalist has been based on that assumption.

That’s why I was so thrilled when the creative folks at Candlewick Press published a children’s picture book, titled Doctor Esperanto and the Language of Hope, written by Mara Rockliff. She stumbled across the language just like I did—and she turned out to be far more committed than I was. She became fluent and continues to speak to people around the world in that remarkably flexible language.

I try to avoid the phrase “children’s book” in recommending wonderful stories like this one. In this era of graphic novels and multi-media storytelling, this is really a book for all ages. I know lots of adults who would love to receive a copy of this book for their birthday or at the year-end holidays. In fact—hmmm, I’m already making a list myself!

What I share with those friends is an ongoing commitment to celebrating diversity and breaking down global barriers. In fact, this entire online magazine was founded for that purpose. Check out our original 10 Principles of Publishing. If you do, then, you’ll understand my great enthusiasm for this book.

What makes this book so engaging is that Mara begins with Zamenhof’s earliest enthusiasm—as a boy. Millions of kids dream cosmic dreams, as Zamenhof did at an early age. This is a true case in which his boyhood fantasy became a reality. As a parent, I know that’s an exciting story to share with kids. Who knows whether a child you love might be inspired to dream up their own new strategy for encouraging peace?

Illustrator Zosia Dzierzawska vividly brings to life the mix of cultures and religions and languages in the area where Zamenhof was born, which is now part of Poland. Then, the text and illustrations freely range from what might be described as simple charts—to elements from graphic novels. By the time readers finish the book, we are not only entertained—we are given the intriguing impression that this language might not be that hard to learn, today! After all, the author herself learned it not many years ago and continues to use Esperanto.

I also appreciate that a brief-but-well-summarized biography of Zamenhof appears as an appendix, along with recommendations for further reading. Plus, we are given a final, page-length essay by the author, trying to convince us to learn more about this language.

Here’s a sample paragraph from that part of the appendix, titled: Why Esperanto?

One reason is that, compared to other languages, Esperanto is simple and easy to learn. Nouns always end in o. Adjectives end in a. And the prefix mal—turns a word into its opposite. So if you know that amiko means “friend,” then you know that “friendly” must be amika. And malamika means … Can you guess?

Hmmm. Makes me want to pull out my old Esperanto books from the early 1970s and give this language another chance! Thanks so much for the invitation, Mara and Zosia!

VISIT AMAZON—First, I’m recommending that you buy this enticing new picture book. Then, if you want to explore this language further, Amazon offers a number of books both about and in Esperanto. That includes at least one Esperanto textbook published in early 2019. Simply search for Esperanto at Amazon to find listings for such books, including a few that usually are listed as free for Kindle.

FREE BOOKS in ESPERANTO—The giant database of free out-of-copyright books, Project Gutenberg, offers a number of classics in Esperanto. Here is the first half of Gutenberg’s index of books in Esperanto. (On that page, click the “Next” link to look at the second half.) In particular, you might enjoy some portions of the Bible translated by Zamenhof himself, mainly from Psalms.