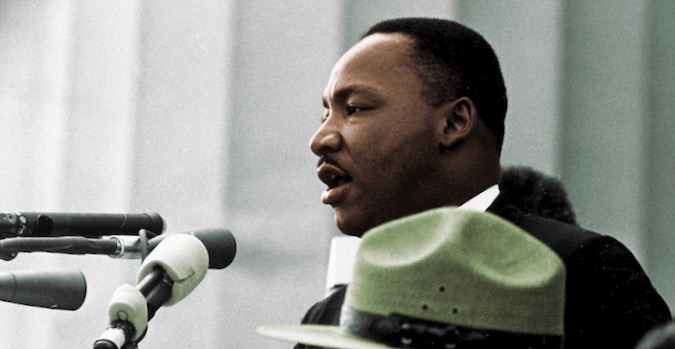 “In the process of gaining our rightful place we must not be guilty of wrongful deeds. Let us not seek to satisfy our thirst for freedom by drinking from the cup of bitterness and hatred. We must forever conduct our struggle on the high plane of dignity and discipline. We must not allow our creative protest to degenerate into physical violence. Again and again we must rise to the majestic heights of meeting physical force with soul force.”
Dr. Martin Luther King, Jr., in his 1963 “I Have a Dream Speech” 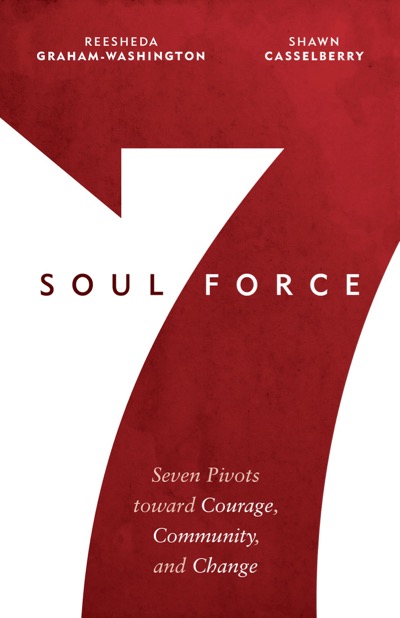 In this era of daily verbal violence and no-holds-barred political confrontations, two veteran peace-and-justice activists decided to pool their wisdom about how to revive a powerful vision that has inspired them for many years. That vision—often called “soul force” by Dr. Martin Luther King Jr.—originated in the philosophy of nonviolent resistance taught by Mahatma Gandhi.

“Soul force is where the Spirit of God and our human resilience meet. The Spirit doesn’t override our will, nor does it bypass our humanity. The Spirit works in concert and collaboration with our ingenuity gifts and grit,” Reesheda and Shawn write in the introduction to their new book, Soul Force: Seven Pivots toward Courage, Community and Change.

“Soul force is a power that emerges when we align with the Spirit of truth, love and liberation. Soul force is an awakening to the realization that we have a creative force within us, because we all bear the divine imprint of the Creator. But so rarely do we tap into this power.”

Today, they write, we must remember that “Ghandhi and King utilized soul force in their contexts to ignite movements for social change, and we can utilize it for movement in our lives too.”

Until a few years ago, there was little connection between Reesheda and Shawn, even though they both live and work on Christian community-development projects from their offices in the Chicago area. Reesheda Graham-Washington is executive director of Communities First Association. Shawn Casselberry is executive director of Mission Year. Both nonprofits are part of the evangelical social-action movement that tries to empower people living in at-risk communities to build their own new resources. Their organizations have worked on everything from opening a coffee shop to combatting human trafficking.

“Finally, we met at a protest,” Reesheda recalled in an interview about their new book. It was during a peaceful demonstration against the 2014 shooting of Laquan McDonald by a Chicago police officer. Video of the shooting revealed that Laquan actually was walking away from officers when he was shot and posed no threat to police. The shooting death touched off nationwide calls for justice.

“So,” Reesheda recalls, “we both found ourselves in the midst of that protest along with a lot of other faith leaders. Then, at the same time, both of us realized that the police were on the margins of our circle where the faith leaders were praying. But no one was inviting the police into that prayer.

“Both Shawn and I recognized the same thing: In that posture in that protest we were creating margins and binaries. We were separating people. So, on our own we decided to move out to the margins and talk to the police about their role and their thoughts. We engaged them in a positive way, something that I don’t think would have happened if we had not been there in the protest. In that moment, Shawn and I first saw this like mindedness in each other.”

Then, they began to travel on prayerful pilgrimages to sites across the U.S. and around the world where milestones in the quest for peace and justice took place. Now, many nonprofits and universities now organize such Civil Rights Pilgrimages to sensitize young men and women. Shawn and Reesheda wound up traveling to South Africa together. They open their new book by describing their visit to Robben Island, where Nelson Mandela was imprisoned for 18 years from 1964 to 1982.

As has happened in the lives of countless other pilgrims to Robben Island, Reesheda and Shawn were deeply inspired by Mandela’s story. They began asking a host of questions, which they list in their new book. Here are just a few of the initial questions they raise:

They rejected the pat answer given by most religious leaders: Oh, it’s inspiration God.

Yes, faith was always a powerful part of their lives. But there were deeper principles and values at work here, they both agreed. They began looking deeper at the questions they had raised. That’s how they settled upon the power of “soul force” as a crucial, transformative principles to revive for their readers.

Then, to help readers to understand the practical meaning of such a mysterious spiritual concept—they broke the concept down into specific kinds of changes we all could make in our lives. They call them seven pivots.

First and foremost, Reesheda said in our interview, “We wanted the book to be actionable.”

As is fitting for a book by two community developers, this book neatly unfolds chapter by chapter like opening a master mechanic’s toolbox. Each tier of their toolbox is a chapter packed with practical principles, calls to action, questions, tips and other useful information readers can use immediately to spark discussions—and action.

For the many preachers, teachers, social workers and writers in our ReadTheSpirit audience, this is a must-have book for jump-starting your own relationships in your community.

“We did not want this book to wind up as just another one of those books you put on your shelf and forget about,” Reesheda said. “In these chapters, we give readers actionable pieces. We know these ideas work! We’ve used them. We’re practical about this. We’re focused on action. You can open this book and develop a workshop around it—or a whole series around it.” 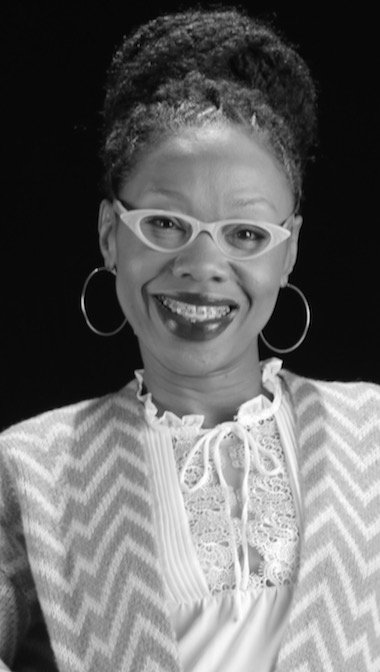 What is most disarming and welcoming about this new book is that Reesheda and Shawn present themselves as veterans, but they never boast that they are perfect models.

“That’s one of the most important things about soul force that makes it so useful and nimble,” Reesheda said. “We’re not claiming to be accomplished experts at all seven of these challenges. We describe ‘pivots’ in the book that we are always striving to make. And anyone can try that. We’re not experts. We’re trying like everyone else.

“For example, the first one is a pivot from fear to freedom. Well, I can tell you, I am black woman in America so I live every day of my life in fear in this country. I have not conquered fear. Nor am I waiting for my fears to go away. I’d be waiting forever! What soul force invites us to do is to move forward even in the midst of our difficult situations.”

That’s why the book’s first chapter, From Fear to Freedom, begins with a quote from Nelson Mandela: “I learned that courage was not the absence of fear, but the triumph over it.”

That is also why confronting our fears is the first of the seven pivots Reesheda and Shawn invite readers to explore. “Soul force requires courage in the face of fear. If we want to experience movement in our lives, we have to learn to pivot from fear to freedom,” they write.

They don’t leave readers hanging with that seemingly impossible challenge. The first chapter is 19 pages and is packed with: first, a look at the most common kinds of personal fear, followed by a closer look at specific fears that may plague leaders, then an overview of societal fears we may encounter as we try to work in our communities, next an inspiring personal story that serves as a brief case study, a list of four steps readers can take while attempting this pivot—and finally a closing “mantra,” prayerful words of affirmation readers can use each day.

The other six chapter-length pivots are:

Yes, both authors come from an evangelical Christian background, but the main message of “soul force” is that no single religious tradition can take credit for this universal principle.

“If we were able to talk about soul force with Dr. King today, the first thing he would tell us is that he learned a lot about this idea from Gandhi,” Reesheda said. “Jews and Christians and Muslims and people of all religious traditions can work together. That’s what Gandhi and King taught.

“When I’m talking to people, I say all the time: ‘We share a common faith!’ We may not share a common religion but we actually can mark out a long list of common values of faith—principles we share across our different religions,” Reesheda said.

This is an essential theme in their work. Religion summons great spiritual power, but religious boundaries could also divide people. “So we have to get right down to the most important questions,” Reesheda said, “like: What propels me to get out of bed in the morning? Soul force can become part of new language that unites us as we see how much we share.

Or, as the authors put it in the final lines of their book: “Soul force is our courageous and creative self. It is who we were meant to be. It is who we have dreamed of being. And now is the time to live. To choose truth, community, and justice each day. To move toward the dream and actualize our purpose.”