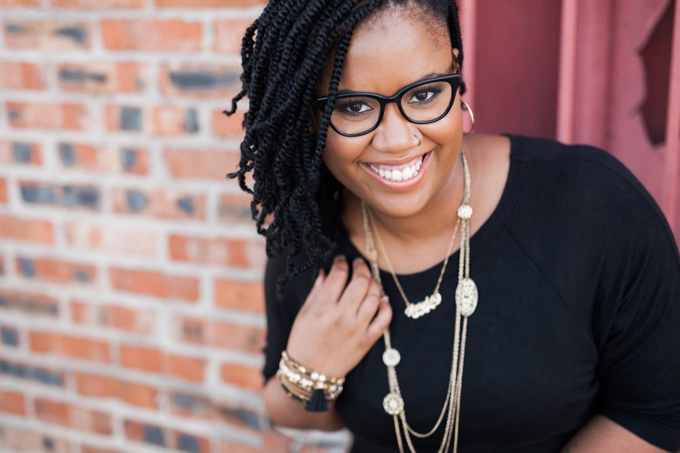 Rozella Haydee White. Portrait used by permission of the publisher.

The famously confident Nadia felt so anxious that she was on the verge of “totally losing it”—as Nadia tells this story in the Foreword of Rozella’s new book, Love Big: The Power of Revolutionary Relationships to Heal the World.

“My confidence was shot”—so Nadia picked up her phone and rang her friend Rozella Haydee White. 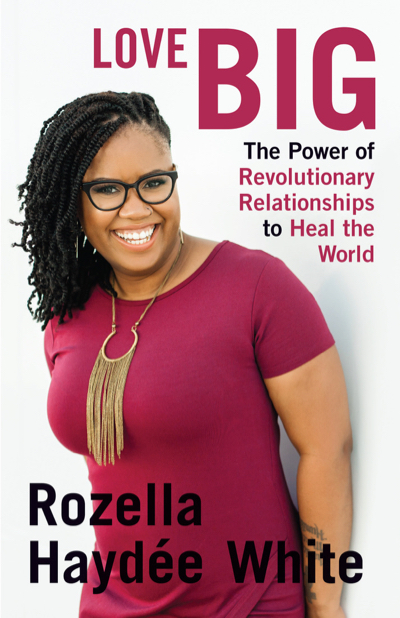 After Nadia had poured out her emotions, Rozella told her friend with conviction, “I get that you’re feeling this way Nadia—but it’s just a feeling. And you know what’s bigger than feelings? Truth. And the truth is that God would not call you and then fail to equip you. I promise that you already have access to everything you need.”

That encouragement transformed a crisis in Nadia’s life. In the Foreword, she concludes: “When Rozella speaks into someone’s life, she draws on a source that is not just her; she draws from the source.”

Our regular readers keep coming back to ReadTheSpirit magazine, week after week, looking for the latest news about books and films that celebrate religious and cultural diversity. So, here’s the real news in this particular story:

Think back about six years—before Nadia’s book Pastrix hit like a bombshell and reverberated across national media. (Need help recalling Nadia’s book? Here’s a link to our 2013 interview with Nadia about that book.) Back then, Nadia was just beginning to attain the popularity that made her a sought-after guest on National Public Radio and even the subject of a profile in The New Yorker. At that time, you could schedule a “group read” of one of Nadia’s books—and you could negotiate an author appearance with relative ease. In 2019? She’s a major celebrity. Such arrangements are more challenging.

Well, right now is the time to buy Rozella’s first book, talk about it in your small group—and book an appearance. As Editor of this magazine, I can confidently recommend her as a speaker because, among other professional talents, Rozella has been inspiring groups coast to coast for years. She is well known among Evangelical Lutherans (ELCA)—a denominational affiliation Nadia and Rozella share. She’s just not a national celebrity—yet.

With Love Big, her profile is rising. It will continue to grow as more and more Americans get a taste of her wise storytelling and inspirational encouragement. As Nadia puts it simply in her Foreword: “Rozella is a world-class encourager.”

When I interviewed Rozella recently, I asked her to help me summarize her book for readers and she began by reciting a passage from Matthew 22.

One day, Jesus was asked, “Teacher, which commandment in the law is the greatest?”

Then, Rozella said, “Every Christian knows those words, but we often forget parts of that. One part we forget is at the very end: We have to love ourselves first, so we can share that love with the world. If we ignore that last part—if we don’t love ourselves—then we don’t take seriously what it truly means to love others.

“This book asks: How can we engage with a God who lavishes such love on us? I would tell readers: This book is not about feeling good. This book is about going deeper. I’m asking uncomfortable questions here. You might not have ever discussed some of these questions in your Sunday school class.

“Ultimately, the purpose of loving your neighbor is to bring to bear a fulness of life, an abundance of life, a just and equitable world—so while it sounds simple to talk about love, there’s a whole lot we need to talk about before we understand what that means.”

On racial reconciliation, Rozella makes it clear in her opening pages that she’s not talking about simply smiling at each other racial divides and assuming all is well. She writes:

“All too often in conversations about racial justice, people jump immediately to talk of reconciliation. No one wants to directly address the harm that has been done. But true reconciliation requires facing hard truths head-on and giving back what was taken from Black and indigenous people, honoring the labor that built this country and created generational wealth for white Americans. Any other starting point is bullshit and doesn’t honor the very people you want to be in relationship with. As a Black woman I can’t name a time when people of color were in life-giving, reciprocal, and uplifting relationships with our white counterparts. This time has never existed, yet we talk about being reconciled as if there is a former reality that we can recreate.”

Let’s read one of those lines again: “As a Black woman I can’t name a time when people of color were in life-giving, reciprocal, and uplifting relationships with our white counterparts.”

This is a crucial point early in Rozella’s book and begins to explain why she is calling for relationships that are “revolutionary.” She persuasively argues in these pages that there is no earlier golden age in America when relationships were wonderfully reciprocal like the happy families on 1960s TV shows. “Making peace” is not about simply ending current conflicts and letting all of us settle back into comfortable isolation.

And it starts with accepting who we are as individuals—with all of our diversity—and then gathering together to start the heavy lifting of creating healthier communities.

We’ve got to ‘recognize the fullness of someone’

Color-blindness should not be our goal, Rozella stressed in our interview. “On the one hand, so many voices have been telling us that we shouldn’t see race or color. Well, I think that’s a disservice to God’s creativity. God’s nature is imprinted in all of humanity, so if we don’t recognize the fullness of someone—their race or their identity or their way of being—that’s a real problem. When you say you don’t see color, you’re saying you don’t recognize the range of God’s creativity.”

To clear up a stereotype, Rozella points out that her family’s African-American, Christian identity runs deep in the Lutheran church. That may surprise a lot of readers. For example, Garrison Keillor would joke on a weekly basis about the lily-white culture of Lutheran churches in the upper Midwest.

“But I’m proof there are exceptions,” Rozella said in our interview. “I’m a third-generation, black, Puerto Rican, African American Lutheran. My grandmother was baptized at a Lutheran church in Harlem. I grew up in this tradition. The Lutheran curch is deeply embedded in my family and my life. My grandmother was an organist. My mother sings in the choir. I grew up attending Lutheran camps and then I went to work in those camps. I interned at the local bishop’s office as a young adult. I went to Lutheran seminary. I worked as a minister of young adults in congregations in Pennsylvania, Georgia and Texas. Eventually, I served as director of young adult ministries for our denomination out of our Chicago office.”

Confronting ‘the lie about Christianity’

Perhaps concerned that she might be scaring away some readers with her warnings about this book, Rozella also stressed in the interview that she has no interest in attacking readers.

Uncomfortable new questions? Sure! “But, my whole desire in raising such questions is to invite more people into an expansive vision of our faith,” she said. “So, for example, I have no interest in shaming readers about race. That’s not my way of operating. I don’t want to call people out in that way. I don’t want to divide people. My calling is to build bridges. What I want people to realize is that, when they rely on a traditional, limited vision of the world—when they rely on stereotypes—they’re missing the larger story. The God I serve is an expansive, inclusive God. Don’t miss out on that.

“And while some of the stories you find in this book are challenging, the book really is an invitation for people—especially those who have struggled to love themselves as they are—to fall more deeply in love with themselves. That’s how we confront the lie about Christianity that is so present today—the idea that Christianity is all about exclusivity. That lie is peddled in too many places today and it harms too many people.”

In the interview, I asked Rozella about her mentors in this national ministry.

“Well, one person who comes to mind is Howard Thurman,” she said.

“I’ve always been inspired by his life, his writing and his legacy,” I said. “And I’m thrilled to see there are a lot more people rediscovering his work this year.” I told her about the Journey Films documentary Backs Against the Wall: The Howard Thurman Story that is slowly making its way around the country this summer.

“His Jesus and the Disinherited is one of those books I read over and over again,” she said. She also reads books by Parker Palmer.

“What draws me to their work is the way they speak a truth that withstands the test of time,” she said.

“I think that principle must have been in your mind as you worked on your own book,” I told Rozella. “I’m not saying you’ve achieved the status of Thurman or Palmer, but you’re fearlessly digging deep into your own life and your own sometimes-hard-earned wisdom to address lots of hot-button issues that divide people today.”

“I think of my book as inviting readers to form a relationship with me,” she said. “I know that’s a powerful claim to make. But that’s why I wrote this book. I want readers to come back to this book again and again, because it resonates with the human condition.”

“What do you mean by that phrase—the human condition?” I asked.

“We are broken,” she said simply. “Yet, at the same time, we are seeking love and belonging and connection. I want people to see themselves in my story. I want people to understand that redemption is always possible and that relationships can be what binds us together in life, rather than the friction that divides us.”

She paused a moment, then added, “Loneliness is one of the world’s biggest problems. In everything I do in life, I simply want people to feel less alone.”

Get the book. Follow the links above or go right to Amazon here.

Visit her website. There’s a lot more information about Rozella’s work, which includes public appearances and a consulting service, at her home online—RozellaWhite.com