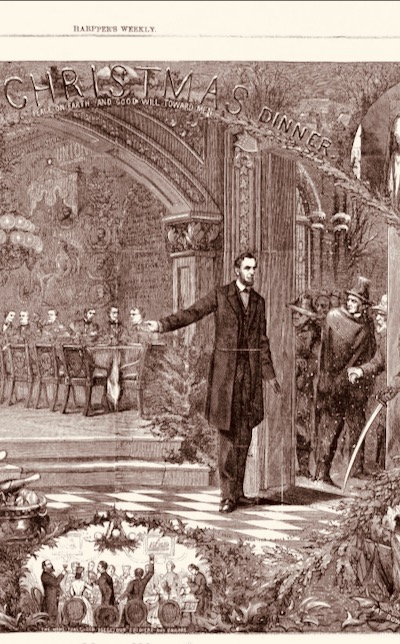 In December 1864, the famous illustrator Thomas Nast met with President Lincoln and created this elaborate illustration for Harpers Weekly (see below for a larger version). The image was supposed to convey to all Americans that Lincoln was ready and willing to welcome Confederates—even to Christmas dinner at the White House—if they would surrender and rejoin the U.S.

Like many Americans, I am perplexed and frustrated by just how deep the divisions in our nation run.

It has become increasingly difficult to even talk with those whose politics reside across the aisle from where we stand.

Perhaps in the greater Washington, DC, area where I live the tension is greater than in other parts of the country. Unfortunately, I fear this is not the case. Rather than offer evidence, which abounds this autumn, I’ll ask you to look at your own life and assess how deep the divide really is.

Perhaps I’m wrong, and you can now move on to another article here at ReadTheSpirit.

For those whose eyes fall on this paragraph, the question is obvious: How do we move from division to a more-unified state of living?

I believe that the answers are before us—and I wish to highlight one as we head into the nation’s season of Thanksgiving.

The Past is Prelude

As bad as our national divisions are today, they were far worse in October of 1863. Duncan Newcomer writes in his newly released 30 Days with Abraham Lincoln about what the founder of Thanksgiving, Abraham Lincoln, found to unify a bleeding nation.

It’s important to keep in mind that in October 1863 the outcome of the war was far from decided. Yes, the killing fields of Antietam (23,100 killed), Gettysburg (51,000 killed), and Chickamauga (34,600 killed) were behind the nation. But the ruthless battles of the Wilderness (29,000 killed), Cold Harbor (15,500 killed), Spotsylvania Courthouse (30,000 killed), and Sherman’s March to the Sea (No Known Tally of Soldiers Killed) lay ahead. (For a timeline of major Civil War battles, see this “American Experience” page.)

These are more than numbers to me. I live in Fredericksburg Virginia. Within a ten mile radius of my home are the visitors’ centers for the battles of the Wilderness, Chancellorsville, Fredericksburg, and Spotsylvania Courthouse. Total casualties of these four battles combined? More than 108,000 men. The combined population of Spotsylvania County, Orange County, and Fredericksburg City where these battles were fought at the outset of the Civil War? About 32,000.

Thanksgiving: What Is Required; What is Omitted

In the midst of such tragedy, what could possibly unite the people?

For Lincoln it was the idea of being American. 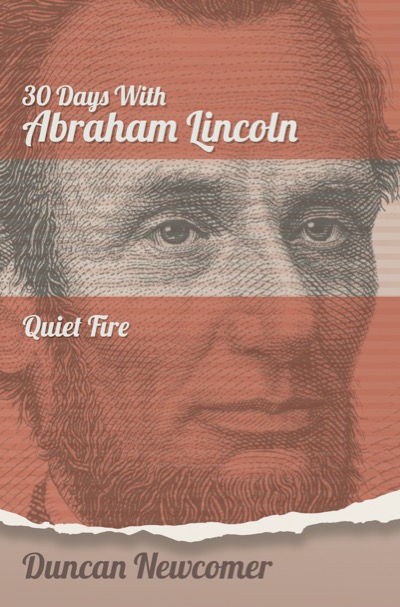 Newcomer explains that for our 16th President, America was a “mindset,” not a place. He “invites us to acknowledge that Americans did not create this free nation on our own; in Lincoln’s mind, a divine assistance make it possible.” And it is a call to this mindset that Lincoln is inviting all peoples, North and South, in his declaration establishing a national day of Thanksgiving.

However, Newcomer also notes that Lincoln’s declaration is as important for what it omits as for what it says. “He never mentions Pilgrims or Indians. He makes no reference to Christ or churches. … In fact, Lincoln only asks people to adopt a meditative, grateful state of mind in their praise—no matter where they are or who they are.”

It is this that I keep in mind as Republican and Democrat and independent family members gather the fourth Thursday of each November in our home or in the home of my parents. And it is this that I try and keep in mind when political conversations with those I profoundly disagree turn difficult.

What Unites Is More Important than What Divides

I never felt this mindset more profoundly than I did Thanksgiving 2018, when my family gathered at my home for the holiday. Like the nation as a whole, my family has liberals and conservatives, Trump lovers and Never Trumpers. We are a family of profound, clear-eyed faith, and faith sojourners less sure of what faith is than that there is more to life than what any one of us can see and understand.

That day, not being one to openly, or even privately, pray, I asked my father to bless our family meal. And in that moment, we collectively thanked god for bringing us together, and asked him to bless my son Austin who just a month later would be in Parris Island, South Carolina, undergoing basic training to become a United States Marine.

At that moment, what separated us was far less important than what united us.

Our love for Austin, our prayers for his future and his safety, and our overwhelming love of one another and the nation we share.

Care to learn more about our illustration? 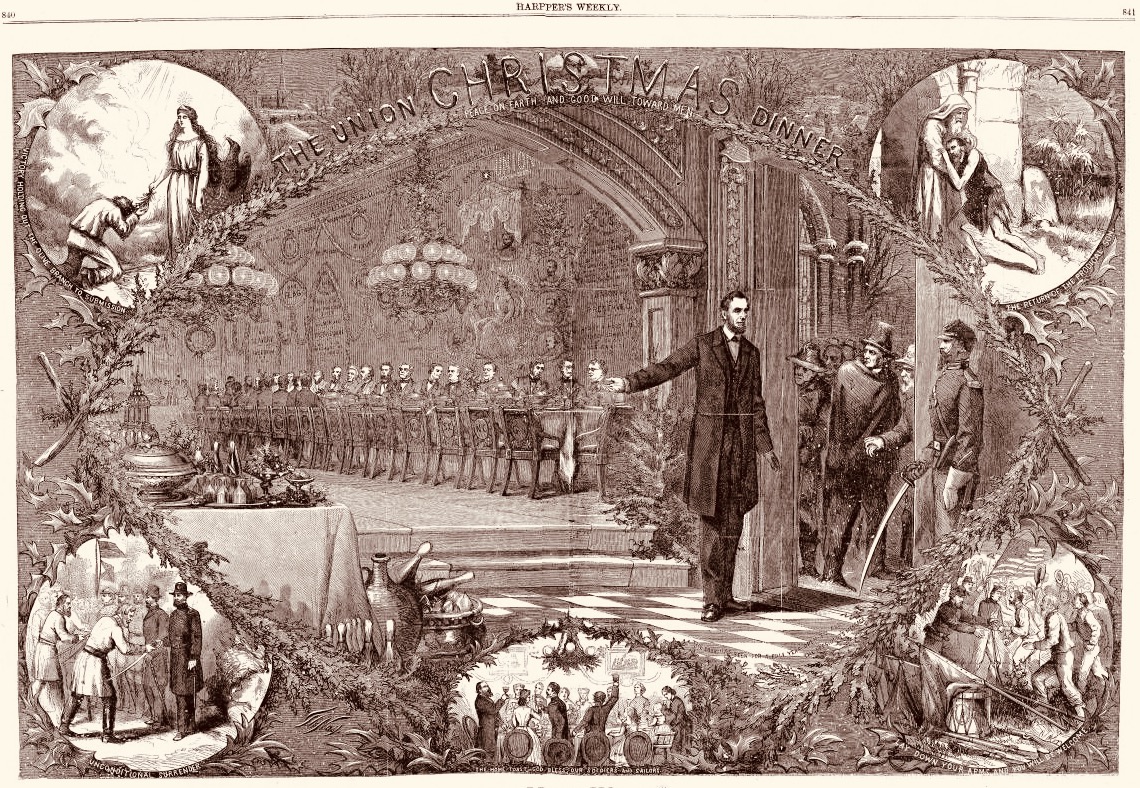 CLICK THIS VERSION of the 1864 Nast illustration to see a much larger version. The historical site HarpWeekly has a detailed explanation of this elaborate collage of images.