Above all, trust in the slow work of God. …
We are impatient of being on the way
to something unknown, something new.
And yet it is the law of all progress
that it is made by passing through
some stages of instability—
and that it may take a very long time.
Pierre Teilhard de Chardin 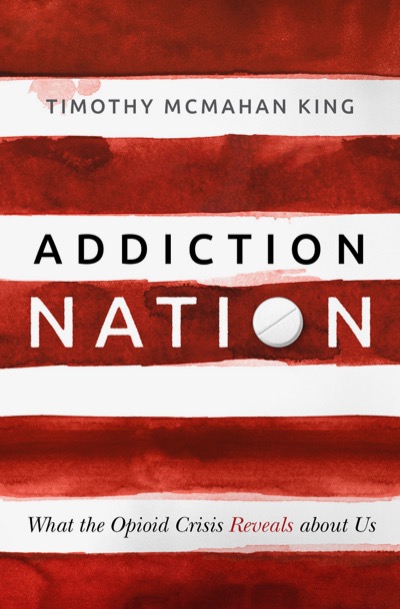 Americans coast to coast are waking up to the enormous problem of addiction, fueled by fresh news stories every week about the toll of opioid addiction nationwide. This time, we are no longer deceived by the 50-year-old myth of drugs as mainly an “urban problem,” an evil enemy we should battle with a “war on drugs.” That myth, dating to the Nixon era, led to mass incarceration and did nothing to stem the tide of addiction that is sweeping the nation today.

Now, Americans are becoming increasing aware that this problem is ours—wherever we live, even in rural communities. And that means community-based—and especially church-based—discussion groups an ideal place to explore these complex problems and our most effective responses.

That makes Timothy McMahan King’s new Addiction Nation—What the Opioid Crisis Reveals About Us an ideal book for individual reflection and small groups as your fall and winter programming ramps up. The book is published by the Mennonites, a Christian movement that arose five centuries ago and is best known today for public service and pacifism. (Herald Press is a publishing imprint of the Mennonite Church USA and Canada.)

King himself is a recovering addict. For years, he worked for Sojourners. Now, he is following a more rural vocation: farming, writing, speaking and consulting. Check out his website for more details. Over the coming year, he is devoting a large portion of his time to traveling nationwide, speaking and teaching.

Is this topic close to home for you? Are you part of a congregation or nonprofit interested in responding to this national crisis? Now is the time to visit King’s website and inquire about his travel plans over the coming year.

Evidence of Overwhelming Numbers:
Addiction Touches All of Us 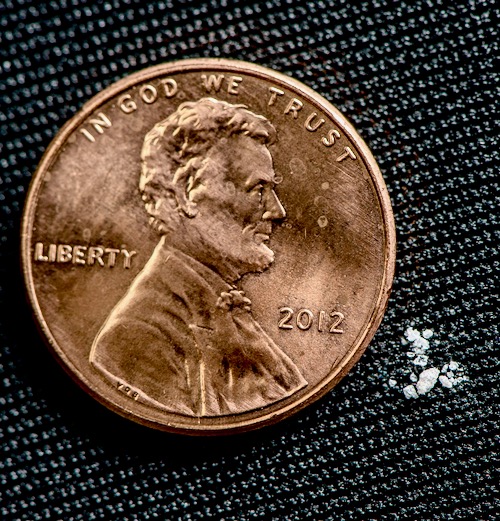 Fentanyl is an especially deadly part of the illegal opioid trade these days. To illustrate the dangers of fentanyl, he U.S. Drug Enforcement Administration provides this photo that compares a common penny with the tiny amount of the powder that would be lethal to most people.

Before I share some of King’s insights from our interview about his new book, let’s look at the scope of the problem. You can use some of these details and links to convince friends to join you for a discussion series.

Among this week’s headlines are the bankruptcy filing of Perdue Pharma and law-enforcement agencies’ efforts to track down the riches of the company’s owners, the Sacklers. Purdue Pharma makes OxyContin, the drug widely seen as igniting the opioid crisis. Also this week, AP is reporting on a 29-year-old Eagle Scout in the suburbs near Salt Lake City who became an online drug kingpin via a deadly mail-order marketing scheme that sent fentanyl directly to addicts.

Earlier this year, Pew Research issued a summary report on the opioid crisis, which began with these facts about the dramatic rise of addiction in rural America:

A Pew poll, which was reported in June, asked Americans what they believe to be the biggest problems in our country today. Addiction topped this list: Percent of adults who say each is a very big problem in the country today, listed in order—

Concerns cut across all types of communities, Pew reported.

Americans overwhelmingly see drug addiction as a problem in their local community, regardless of whether they live in an urban, suburban or rural area. The public’s concerns come amid steep increases in the number and rate of fatal drug overdoses across all three community types in recent years. Nine-in-ten Americans who live in a rural area say drug addiction is either a major or minor problem in their community, as do 87% in urban and 86% in suburban areas.

Nearly half of all Americans have a friend or family member who has struggled with addiction, Pew also reported.

It’s common for Americans to know someone with a current or past drug addiction—and it’s an experience that mostly cuts across demographic and partisan lines. A Pew Research Center survey conducted in August found that 46% of U.S. adults say they have a family member or close friend who is addicted to drugs or has been in the past. Identical shares of men and women say this (46% each), as do identical shares of Democrats and Democratic-leaning independents when compared with Republicans and Republican leaners (also 46% each). There are no statistically significant differences between whites (46%), Hispanics (50%) and blacks (52%).

It’s obvious that huge numbers of men and women are touched by this crisis and are looking for answers—and that the audience for community discussions cuts across all the other lines that divide us these days.

NOTE TO READERS—Please, share this week’s Cover Story with friends via social media or email with a suggestion to spark further discussion. If you want to print out this particular data-packed section of the story, you will find an easy-to-print button at the end of the text, below.

Addiction Nation:
This Story Will Surprise You

Were you surprised to find the opening quote from Jesuit teacher Pierre Tielhard de Chardin? A longer version of his verse appears in the middle of King’s book. It illustrates a central theme of this combined memoir and manifesto: This vast problem took a long time to manifest itself across our entire landscape—and it is going to take a long, multi-faceted response before it will subside.

No quick fixes are prescribed here. There is no 10-point list of public-policy priorities—or Top 10 personal goals—listed in a final chapter of this book.

If anything, King’s book is meant to stir us to action by debunking myths of quick fixes—including the idea is that all we need to do is organize more 12-step programs. In fact, as anyone within the 12-step movement will tell you, no one can force or compel an addict to successfully engage in 12-step programs. King also points out that, while 12-step groups continue to serve as a lifeline for millions, they are not the answer for many addicts—for a wide range of reasons that he details in the book.

One reason is that an opioid addiction is excruciating to tackle because this addiction often begins with a medical response to real, acute, physically based pain. Ending the addiction often requires a plan to manage the underlying, chronic pain. In these chapters, King tells the true story of his own life-threatening medical crisis that resulted in an agonizingly slow recovery in which his body was wracked with severe pain. At critical moments, opioids were all that kept him going through a very uncertain recovery.

For millions of addicts, medical help and alternatives play an essential role in recovery, he writes. 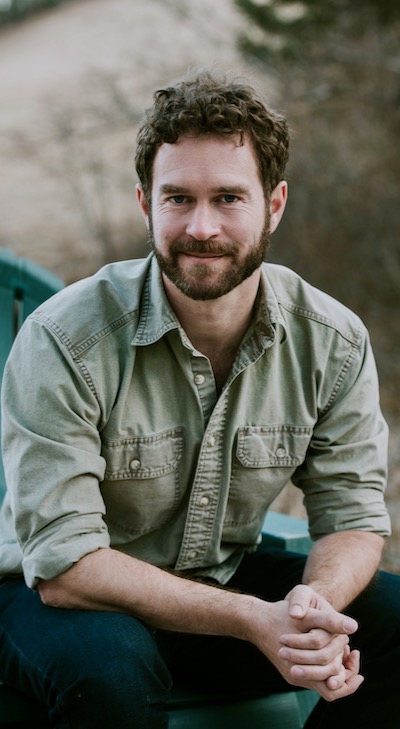 As they delve into this story, many readers will spot themselves—or loved ones.

“I wrote this book because I want people to understand that—when we’re talking about the addiction-and-overdose crisis—this isn’t just a problem for other people,” he said in our interview about his book. “It’s something we all need to think about because it’s not an issue that’s going on way over there in the distance—affecting all those other people.

“The subtitle points to this truth: ‘What the Opioid Crisis Reveals about Us.’ This really is about us. This is our collective story. And now, together, I am hoping we will start building a culture that makes recovery more possible for more people.”

King talks, teaches and writes from that broader perspective because, he argues, a whole range of changes need to be made in our existing communal responses.

“The more I researched the field of addiction, I realized that there is no single unifying theory of addiction that the medical or scientific community has agreed will solve the whole problem,” King said. “I have heard from a few early readers of my book who told me they were surprised that I avoided giving people a chapter that we might have called ‘My Answer.’ I resisted that temptation because that would not have honestly given people a picture of all the various answers—across a broad spectrum—that people are developing.

‘Trust in the Slow Work of God’

In the course of the book, readers will learn that Christianity has been one of King’s core sources of strength, which he describes in a couple of particularly moving chapters. But we should not confuse faith with a magic wand, he writes.

“It’s true that spirituality and faith are a deep part of my story—and they are an important arc in the narrative of this book. But, there is a real danger if people start to think that addiction can be reduced to a spiritual problem with a spiritual solution,” King said in our interview. “There are medical and scientific realities to addiction that require medical and scientific responses.

“The other danger is that we don’t want people to think that they can find all the answers to addiction by having a talk with their pastor or spiritual advisor. For the most part, clergy are not experts in addiction.

“I have been asked: ‘Should I call my pastor as a first step?’

“I answer: ‘Your first step should be going to see a doctor—but your pastor could give you a ride.’ ”

‘A Reflection of Forces Within Our Own Society’

That image of a pastor giving someone a ride to a doctor is a vivid reminder of the most important theme in Addiction Nation: A new cultural awareness and response is needed if we ever hope to turn the tide on addiction.

“This returns to the central point I talked about earlier: I want people to realize that this is not a problem caused by some outside group of individuals,” King said. “That’s very tempting these days, when people are regularly demonizing outsiders and connecting them with threats like drug addiction.

“That’s such a strong social impulse, but it’s not true and it’s not helpful. We don’t have an addiction crisis because evil foreigners have invaded us with drugs. We have this crisis because too many Americans demand too many drugs. If they read my book, I want people to realize that what is happening is a reflection of forces with our own society.

“For decades, we’ve tried to reduce drug addiction through whack-a-mole policies of chasing suppliers. What I’m calling readers to think about is this much more important—and much more personal—question:

“Why are so many people looking to these substances to try to deal with their pain or to seek something they feel is lost in their lives?”