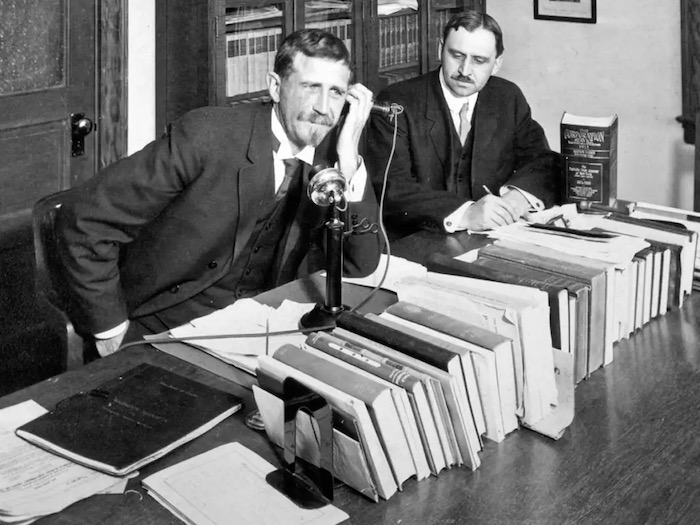 Roger Babson loved books. He wrote dozens of them himself and he believed that reading had many healing benefits—including the potential of jotting down and carrying quotations full of “good cheer” throughout one’s day.

Entrepreneur Roger Babson carried his ‘Good Cheer’ in his pockets.

It’s a powerful pillar in my life. In other words: Hope is not merely one person’s dream in isolation. From the very beginning of human life on earth, hope has been a currency we can give and receive.

At our best, we can do this every day in many ways.

For three decades, people have been talking about Gary Chapman’s The Five Love Languages. What Chapman did in his mega-bestseller was name five kinds of currency people use to share love: giving gifts, words of affirmation, quality time, acts of service and physical touch.

Now, we need to learn that hope also is a currency and it takes as many forms as love. Just as Gary Chapman did not invent the idea of sharing love in various forms, I did not make up the idea that we can share hope in many ways.

A century ago, Roger Babson wrote about this idea in his inspirational books. In fact, each morning he wanted to equip himself with fresh words of hope he could share with others. That’s why he was an avid collector of inspirational books and organized them into what he called his “good cheer library.” Every day, he took quotations from these books to pass along to friends, colleagues and students to boost their spirits.

Sometimes, he wrote out favorite quotations from his good cheer library on slips of paper that he could share during his day—literally stuffing his pockets with a paper currency of hope.

Babson wrote dozens of books and countless newspaper columns, journal articles and pamphlets, each one of them expressing some facet of his core principles for resilience and success—which he measured as the positive impact of a person’s service in the world.

In fact, he was so committed to that idea that he famously paid to have the following slogan carved on a gigantic boulder near his family’s hometown.

He was absolutely relentless in preaching his hope-filled gospel that was distinctively different than the “positive thinking” movement that became so popular in American culture. Babson’s principles for success involved “positive living.” During the Great Depression, he wrote a book titled: Cheer up! It was packed with pragmatic steps individuals could take to endure the hard times plaguing America.

His “Good Cheer” library was an emblem of his prophetic message—not just thinking cheery thoughts, but actively collecting the wisdom of others and then making a practical commitment to spread that wisdom far and wide.

In his 1935 autobiography, Actions and Reactions, Babson described dozens of steps people could take, often through service in their communities, to make the world a little better place each and every day. On his “Good Cheer” library, he wrote that he personally felt the benefits of collecting and passing along hopeful advice:

During periods when I have been convalescing from illness, I have been helped greatly by reading certain modern books, as well as the Bible. I believe that reading should be used by physicians perhaps more than pills. Yet I have never known a physician to prescribe the reading of a book. Different people under various conditions need, of course, to read different kinds of books. Persons who are too ambitious need to read a book which will sober them down. People who are too acquisitive need to read a book showing the foolishness of acquisition. Some sick people should read detective stories, while other sick people should read humor. Poetry is soothing, while the study of astronomy is helpful to one having a nervous breakdown or a selfish complex. Therefore, I have done some work toward collecting a library along these lines. The most important part of this library are those books and pamphlets which awaken within one’s soul, faith, hope, and confidence. I call them my “Good Cheer Library.”

I certainly cannot attest to Babson’s specific diagnoses! Why exactly is astronomy helpful to someone after a “nervous breakdown”? He never explains his reasoning.

But I can attest to the life-saving value of daily doses of hope.

Want to learn more about the irrepressibly creative Roger Babson? He was both a widely praised entrepreneurial genius—and occasionally a headache to some of his neighbors who did not welcome all of his brainstorms. in my memoir, Shining Brightly, you will find a lot more about Babson’s life—including how some neighbors weren’t thrilled by his carving words of wisdom into “their” New England boulders.

In fact, Babson College, which Roger founded, has been so pleased with my creative efforts to promote the school’s founding principles that you can read more about my efforts in this Babson College profile.

As 2023 begins, may my words here send a little hope into your life.

If so, then take a moment to share this hopeful story with a friend. 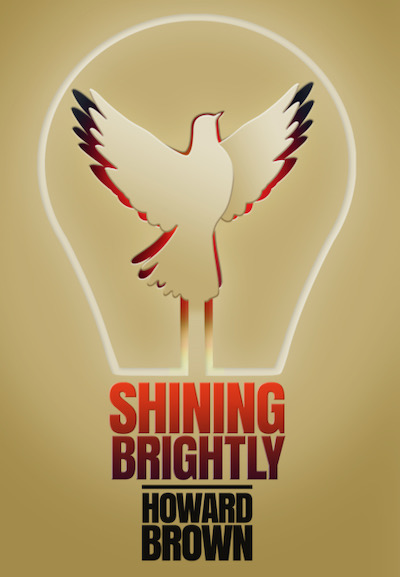 This is a perfect moment to become one of Howard’s growing global community of friends by ordering your copy of his book.

Here are other articles we have published, exploring the launch of this book: