(EDITOR’s NOTE: Author Howard Brown and our entire publishing house team thank Beaumont Hospital for heroically saving Howard’s life in his second battle with aggressive stage IV cancer. The hospital staff graciously organized a “media day” to share Howard’s story with others—encouraging anyone who hears, sees or reads Howard’s story to schedule regular checkups and appropriate early screenings. It was just such a regular visit to see his doctor that ultimately saved Howard’s life. As a result of that “media day,” Howard’s life-saving advice is spreading far and wide. For example, southeast Michigan’s popular WDIV news team broadcast this report. This life-saving message about regular checkups also was spread by radio and other news media. The following story originally was posted on Beaumont’s website.) 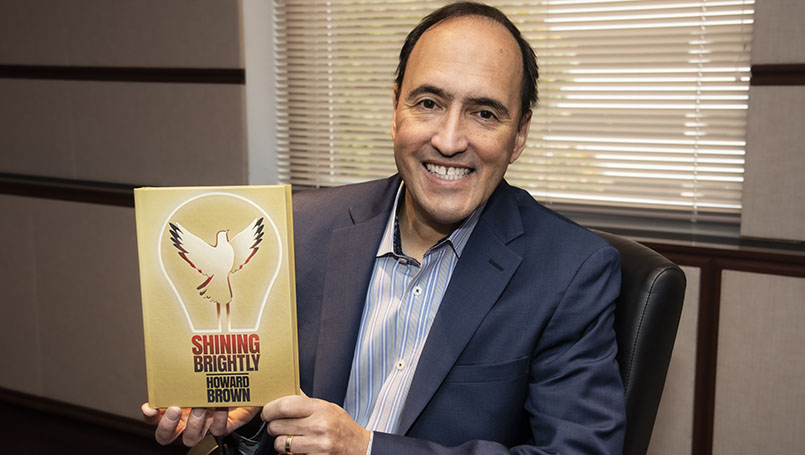 Howard Brown, two time stage 4 cancer survivor , has written a memoir that includes his treatment for colon cancer at RO Beaumont. Click on this photo to visit the book’s Amazon page and get your copy now.

Imagine handwriting your will on a legal pad. You have $10,000 to your name that you want to go to your twin sister, and you want your baseball card collection to go to your younger cousin.

After learning he had cancer for the first time, that was reality for then 23-year-old Howard Brown.

In 1989, Brown was fresh out of college and working a software sales job.

A self-proclaimed workaholic, he ignored a purple bump on his left cheek until it got so bad his dad took a ‘wrong turn,’ bringing him to the emergency room at a local community hospital in the Boston suburbs.

In October of 1989, Brown was told he had a very serious and aggressive form of stage IV non-Hodgkin’s T-cell lymphoma.

“I initially didn’t fully grasp the gravity of it all,” Brown said. “I remember thinking, ‘Does this mean I can’t go to New York for my next sales call?’”

Brown didn’t think he’d make it to his 24th birthday. But with the help of a bone marrow transplant from his twin sister in May 1990, along with aggressive chemotherapy, total body irradiation and a clinical trial, he pulled through.

“I only survived through the heroic efforts of my doctors, nurses, family and friends — and, of course, my own iron-willed determination to survive,” Brown said. 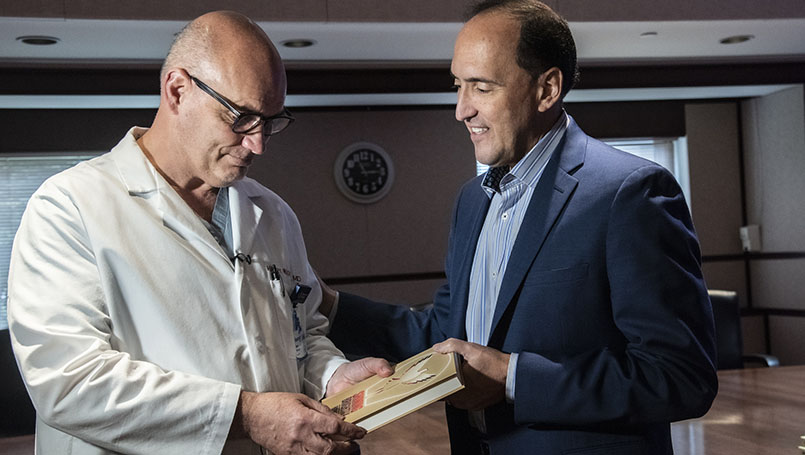 A routine colonoscopy shows cancer is back

Decades later, in June of 2016, Brown–by then a husband and father living in Michigan – got a routine colonoscopy at the then-recommended age of 50. The screening age for colonoscopy has since been lowered to 45.

Doctors told Brown he had stage III colon cancer, and, once again, his world was turned upside down.

Within two weeks of his colonoscopy, Brown was at Beaumont Hospital, Royal Oak, where colorectal surgeon Dr. Harry Wasvary surgically removed 13.5 inches of Brown’s colon, plus margins and lymph nodes.

From there, it was time to battle cancer again with aggressive chemotherapy.

“Battling cancer is a team sport and I wanted an oncology team who would work with me, talk with me, answer questions and openly discuss my options,” Brown said. “That’s why I chose Dr. Richard Zekman, a top cancer oncologist-hematologist, at Beaumont.”

From there, Brown had chemo infusions, 10.5 more inches of his colon removed and opted to participate in a clinical trial.

By the following year, the disease progressed to stage IV metastatic colon cancer that was growing and spreading aggressively.

“Without any treatment, doctors told me I had three to six months to live,” he said. 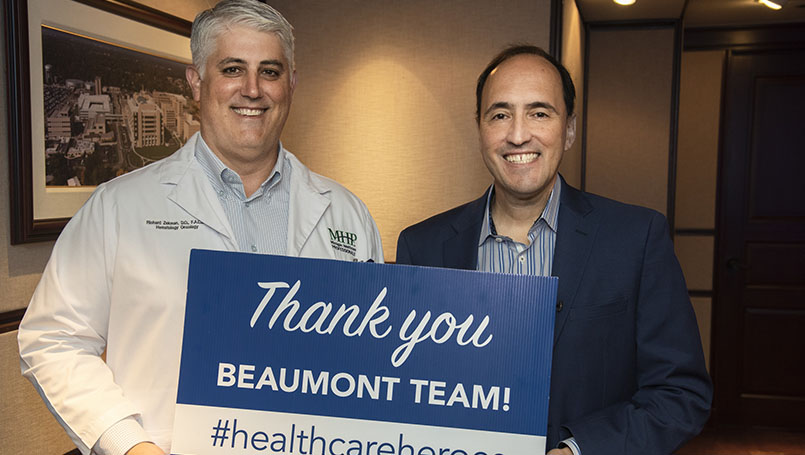 Howard Brown’s memoir includes a chapter about his treatment for colon cancer at Royal Oak Beaumont. One of his doctors is Dr. Richard Zekman DO.

Brown said he then began chemotherapy again. A CT in late September 2017 showed a slight regression of the metastases, which gave Brown and his family some hope.

Then Brown chose to do cytoreductive surgery (CRS) plus heated intraperitoneal chemotherapy (HIPEC). During the procedure, visible tumors are surgically removed from the abdominal cavity. Then, heated chemotherapy drugs are applied directly into the abdomen in hopes of eliminating the remaining cancer cells.

“I interviewed five renowned surgeons from around the world, and selected Beaumont’s Dr. Vandad Raofi,” Brown said. “I chose him because he had performed thousands of successful surgeries related to the abdomen. I also trusted Beaumont Hospital and appreciated that it was five miles from my home. I knew that family support would be vital.”

On March 13, 2018, Dr. Raofi and his team performed a successful 13.5-hour surgery to rid the cancer from inside Brown’s abdomen.

“It was the single most painful journey of my life,” Brown said. “I lived on protein shakes and pain killers for two months. But it worked. I’m blessed and grateful to still here.”

Flash forward to today: Brown has had nine consecutive No Evidence of Disease (NED) reports. On September 27, 2022, he released his memoir, “Shining Brightly.”

In his book, Brown asks readers to stop reading, mark their place and go check the calendar for the date of their next physical exam. If they don’t have one, he encourages them to make one and get in the habit of scheduling a physical each year. Brown stresses self-care is vital and must be taken seriously.

“If you act on any of the advice in my book, it should be this: Get yourself screened for colorectal cancer, because it is one of the most preventable of all cancers if caught early,” Brown said. “While everyone complains about the uncomfortable fasting-and-cleansing process 24 hours before the scope, this is a medical procedure that can save your life. One day of discomfort is a small price to pay.”

Brown said he is proof that miracles do happen.

“Yes, he’s suffered a lot and there have been some painful setbacks, but he wears it all like a badge of honor — like it’s somehow a privilege to survive it all because he now can understand what other people are going through,” Dr. Zekman said. “Whatever he’s experienced, he turns it around and wants to teach others about how to navigate those problems.”