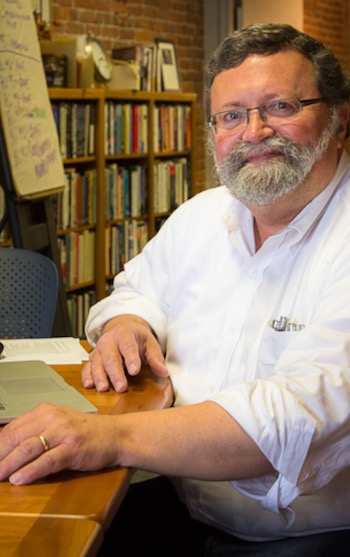 6 BOOKS THAT CAN HELP—Front-page headlines in newspapers nationwide are describing the challenge faced by millions of Christian families, who are discussing the religious inclusion—or exclusion—of LGBTQ family, friends and neighbors. What set this off was a narrow vote at a global conference of United Methodist leaders in St. Louis last week—a vote by a narrow margin that doubled-down on that denomination’s traditional condemnation of sexual minorities. As a result, this week, tens of thousands of congregations nationwide are caught up in discussions of these issues.

We can help! Since our founding in 2007, ReadTheSpirit.com magazine and Front Edge Publishing have pledged to celebrate diversity, to encourage inclusion—and to publish the rich and inspiring stories of many minorities. That includes religious minorities, cultural minorities, racial minorities and gender minorities.

At this historic moment, our Editor David Crumm speaks to us directly this week in a special video message that describes our six books that can help. We hope to see that individuals, families and congregations discuss these issues with solid information—and inspiring ideas—to guide them. THE COST OF UNITED METHODIST CONDEMNATION

PASTOR & AUTHOR EMILY SWAN also writes this week about the impact of the painful news from St. Louis on countless families nationwide. As delegates to the global conference voted by a narrow margin to defend their condemnation of LGBTQ members of our communities—they once again traumatized many non-Methodist people who have suffered through many other painful rejections. Although the majority of delegates in St. Louis focused on their own narrow interests, many others were wounded in the process. Emily also is the co-author—along with Ken Wilson—of one of the six books we are recommending, this week.

Gather with Nadia and Friends

Our readers circle the globe! However, just in case you’re in Michigan on the evening of Tuesday March 19, you’ll find a warm welcome for an evening with best-selling author Nadia Bolz-Weber at First United Methodist Church in Ann Arbor. All are welcome at this inclusive church! The event is free—for the first 525 people who arrive. That’s the capacity and it’s possible Nadia could fill the place. Here are all the event details.

LENT FROM EAST TO WEST—Christians around the world soon will be observing the Lenten season of reflection that leads to Easter. Western Christians—the majority of Christians in the U.S.—begin with Ash Wednesday on March 6. Holidays columnist Stephanie Fenton takes a look at Ash Wednesday, including news items about the popularity of Lent in 2019. AND—Stephanie’s column also has a recommendation of our popular book for the season, Our Lent: Things We Carry. THEN—Eastern Christians—perhaps better known as the “Orthodox”—begin their Fast of Great Lent with Clean Monday on March 10. 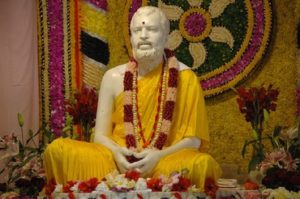 HINDU REMEMBRANCE of the great teacher Sri Ramakrishna also takes place this week. Stephanie Fenton has the holiday story for us. Considering our Cover Story this week about current religious divisions, Sri Ramakrishna’s lessons seem timely, indeed! He saw God’s calling as all-encompassing, even in the midst of our diversity. As Daniel Buttry describes him, “People of many religious traditions sought out Ramakrishna for his teaching, including Hindus, Muslims, Christians, and even atheists and humanists. He didn’t seek conversion but called people to deeper connection to God within the fullness of each faith.”

Want to see all the upcoming Holidays & Festivals? 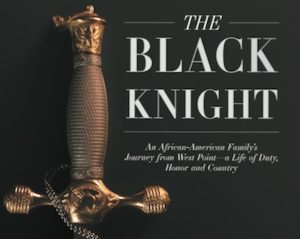 ON PUBLIC RADIO—Lester Graham, a veteran public radio host in Michigan, spent time in the studio with the author of  The Black Knight, retired Col. Cliff Worthy. They began by talking about the challenges Cliff faced trying to enter West Point in the era when President Truman was just issuing his formal order integrating the armed forces. To listen to their entire 12-minute interview—visit this public-radio Stateside web page and you’ll find the audio listed as the third audio clip on the page. Its worth the effort, you’ll enjoy hearing this remarkable veteran, now in his 90s, sharing his stories with Lester and the radio audience.. 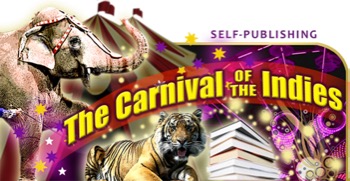 We’re in a Carnival!

‘IT’S ABOUT CONNECTION’—In this week’s Front Edge Publishing column, Susan Stitt reminds us of a founding principle our entire team shares: “It’s about connection, not competition. Our messages should call people together, not divide them.” One example: Our publishing house team welcomes participating in something called The Carnival of the Indies. Intrigued? Susan’s got the story.

What Really Happened in Rome?

TAKE A TOUR WITH ’10 CAESARS’—Ancient Rome has never been more popular! No respectable cable channel, these days, isn’t offering some kind of TV series about Rome. That era is continually a part of Bible study for churches nationwide. So, historian Barry Strauss has just released a new book that’s a page-turning tour through 10 Caesars who crop up repeatedly in our discussions and in popular culture. David Crumm shares this review.

CLICK on THIS MOVIE STILL from Tender Mercies to find Part 1 of a special 40-day series of movie reflections that can inspire your journey through the Christian season of Lent this year.