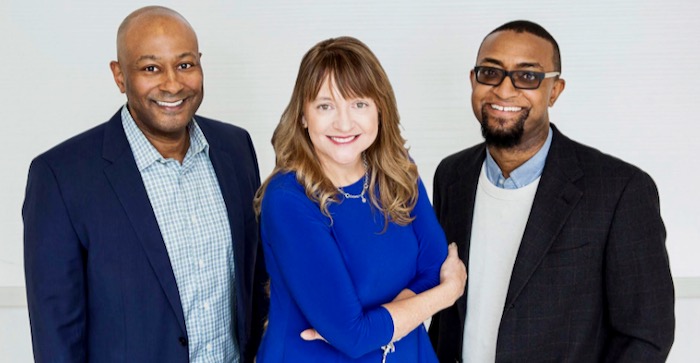 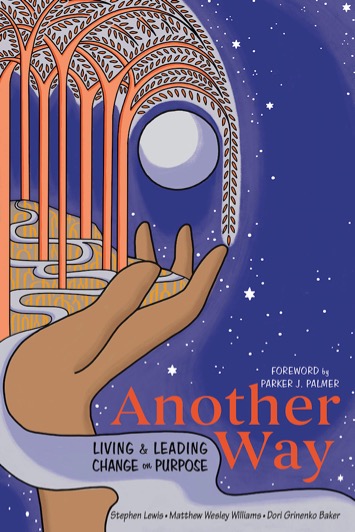 Click this book cover to read our Cover Story.

Leadership Is Embodied in the Community Itself

COVER STORY—What’s going on in Georgia these days? For the second week in a row our cover story is rooted in central Georgia where African-American communities are giving us an inspiring vision of healthy communities. Last week, we profiled Stan Tucker and his organization that works in low-income schools to foster a love of reading.

This week, we are recommending a new book by a trio of scholars connected with the Forum for Theological Exploration in Atlanta. Drawing on wisdom from the African-American tradition—and other Christian traditions as well—Stephen Lewis, Matthew Wesley Williams (shown above with a group) and Dori Grinenko Baker have published a summary of their methods for Living and Leading Change on Purpose, which is the subtitle of their book.

‘Harnessing the Power of Tension’

Just as last week’s profile of Stan Tucker paralleled our own publishing house’s interest in early literacy—this week, we are pleased to introduce this trio from Atlanta and their work because it parallels our own work with peacemakers Brenda Naomi Rosenberg and Samia Bahsoun. Drawing on wisdom from their Jewish and Muslim traditions, Brenda and Samia also are working nationwide with communities, based on the same assumption: The most effective leadership resides not in a single individual—but in the entire community.

Read our Front Edge Publishing column this week, by David Crumm, to learn more about the work Brenda and Samia are doing and their two books that focus especially on building healthy interfaith and cross-cultural communities.

When the Going Gets Tough, Friendship Means Everything

GodSigns—Closely related to our Cover Stories, this week, is Suzy Farbman’s GodSigns column about the importance of friendships. Why should we work so hard to form strong relationships across the community? Because we often need the strength of those friendships to buoy us up in life. Suzy writes, “It’s easy to be a friend during the good times. In 52 years of marriage, there’ve been loads of good times. But as for friendship, when the chips are down—that’s the true measure.”

A PERFECT YEAR FOR ‘OUR LENT’—Holidays & Festivals columnist Stephanie Fenton reports on the start of Lent this week for 2 billion Christians: “With Lent quickly approaching and Easter on the horizon, Western Christians enter the season of repentance on Ash Wednesday—after, of course, making any last indulgences the day before, on Fat Tuesday.” (Click to read more.)

LENT IN A TIME OF CORONAVIRUS

Of course, this year, millions of Christians around the world are changing their Lenten customs in this time of coronavirus, aka COVID-19. Across the U.S., many churches are urging parishioners to refrain from shaking hands while “passing the peace.” In Italy, journalist Elisa Di Benedetto emailed us this week to report that her region has been hit hard by concerns over the virus—so the Catholic church has cancelled Ash Wednesday services! Then, Elisa wrote that she remembered a copy of Our Lent: Things We Carry on her bookshelf. She wrote: “This is a perfect year to read David’s book!” What an endorsement! And, she’s right: The book truly will life your spirits even if you are especially worried in this era of coronavirus. Come back next week, because Elisa promises to write about how the worldwide virus is reshaping religious life in one of the famous homelands of Christianity.

Click this image from the movie to read Ed’s review of Burden.