Why We Need Our Coaches

COVER STORY—”My concern about the forthcoming season goes far beyond athletes missing games and communities missing reasons to gather together,” writes journalist (and football coach) Martin Davis. “What I worry about most are the critical life lessons these young athletes aren’t getting from their coaches: lessons about character, humility, dedication, commitment and living for more than yourself. We are not talking about just a few privileged athletes who play football and basketball. About half of all high school students take part in athletics in some way during their teenage years.”

Please, enjoy this cover story. This is a perfect column to share with all those friends who love sports. In reading the handful of short true stories about athletes in Martin’s column—you’ll likely smile. You’ll find wisdom here. Maybe you’ll recognize yourself—or a friend—in these stories. Please, share this inspiring story with others.

STEPHANIE FENTON’S Holidays & Festivals column reminds us: “It’s Memorial Day. The unofficial start of summer in America began, less than two centuries ago, as a solemn observance for the war that had consumed more lives than any other U.S. conflict.”

ORIGINS IN THE SOUTH—In 2010, we published this restored history of Memorial Day’s origins, based on research by Yale historian David Blight. Over the past decade, this has been one of the most-Googled columns in our online magazine. Although written 10 years ago, the sources in this column are both fascinating and inspiring to this day. 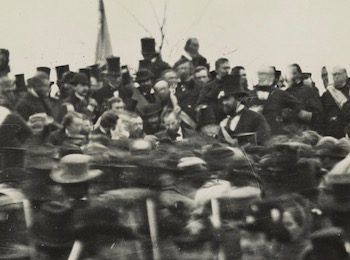 There’s a surprising photo with this week’s episode of Quiet Fire. Click on this thumbnail to read Duncan’s column—and learn about this remarkable photo.

A SPECIAL ‘QUIET FIRE’—Wherever you stand on the political spectrum, we all respect Lincoln’s wisdom—and his articulation of American values. That’s why Lincoln scholar Duncan Newcomer writes: “Abraham Lincoln is the soul of America, calling us to our best as Americans.” That certainly was true as Lincoln redefined the way we all would remember the tragedy of the Civil War. 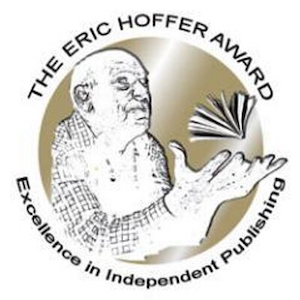 FRONT EDGE PUBLISHING, this week, is celebrating a major book award. Solus Jesus, a theological call for LGBT inclusion in Christian churches, wins the Eric Hoffer Spiritual Book Award for authors Ken Wilson and Emily Swan. “I hope the ideas of Solus Jesus will percolate in the wider Christian community for years to come,” Emily Swan said when she got the news. Want to help them spread that news of Christian inclusion? Please, read Susan Stitt’s column about this award—and share it via social media or email with friends.

Click this movie poster to read Ed’s review of the romantic ‘Return to Me.’ 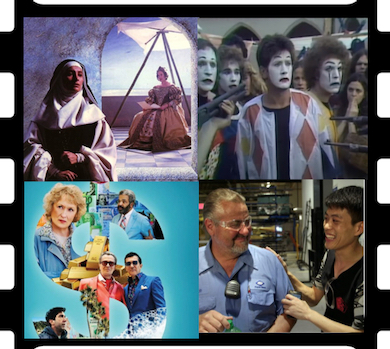 Click this image to learn more about the May issue of Visual Parables Journal.

INSPIRING AND SIMPLY GOOD FUN—What did Jesus look like? Sacred images of Jesus grace churches worldwide, but millions of moviegoers picture Jesus from classic films. In his book Jesus Christ, Movie Star, Ed McNulty invites readers on an inspiring journey, meeting Jesus again through a dozen big-screen stories of Christianity’s founder. His book is available from Amazon, from Barnes & Noble—and also from our own bookstore. 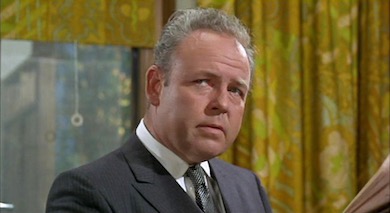 Click this photo of Carroll O’Connor to read Ed McNulty’s column about the classic TV anthology series Insight (including a YouTube link to watch episodes).