‘Why is this night different from all other nights?’

Our Jewish Authors Inspire Us to Celebrate Freedom, Diversity and Compassion

WHEN PASSOVER begins Saturday evening, March 27, millions of Jewish families around the world will host seders, lengthy dinners with traditional symbolic foods, readings, songs and lots of conversation. The seder combines both a detailed remembrance of God leading the people out of slavery in Egypt—and a pointed challenge to those around the table to relate that ancient story to the needs of the world today. Many seder hosts spend weeks preparing for these meals, both the menu and the kinds of questions that will spark discussion among the guests.

Here at Front Edge Publishing, we are proud to showcase the many Jewish authors we publish. Whatever your faith may be, this is an excellent time to order one of these inspiring books to lift your spirits—and your social awareness this spring. Please, read our Cover Story this week that highlights these books as we approach Passover. Then, please, share this story with friends.

Please, join us on Tuesday, March 23

AS THIS WEEK’s issue of ReadTheSpirit magazine launches, there’s still time to sign up for the free, live launch event for our important new book, Now What? A Guide to the Gifts and Challenges of Aging. Please, visit www.NowWhatBookLaunch.com and register to attend the free March 23 launch event where you’ll meet some of our co-authors in a 45-minute session of news and inspiration.

NOTE: If you are reading this news item after March 23, we plan to place video of the launch event on our Front Edge Publishing YouTube channel.

Good News from Our Authors

IN HER GOD-SIGNS COLUMN THIS WEEK, Suzy Farbman writes about a couple who found each other late in life, in part, because of the cancer-care activism of “Doc” Werlin.

Larry Buxton: ‘File This One Under Gratitude‘

IN HIS LEADING-WITH-SPIRIT VIDEO THIS WEEK, Larry Buxton makes a turn from his usual leadership themes—to remind us all of how much we have to be thankful for in our world today. You’ll be surprised where Larry takes us in this short video. And please, we always hope you will share these stories with friends—and this little story is a gem..

Ken Whitt: Guess Who Else Steps Out?

LIKE LARRY BUXTON, above, Ken Whitt (author of God Is Just Love) stepped outside his comfort zone this week for a video in which he’s standing in—well, he’s standing in his compost pile. Meet Ken in a new way through this short video and encourage him to create more of these videos. Ken’s family has a whole host of fascinating family-friendly skills from baking bread in an outdoor oven—to making precious topsoil for the garden. It’s all part of the long list of ideas for families that is part of his new book.

JEWISH FAMILIES around the world are planning for Saturday evening March 27, the first night of Passover this year, which is the second Passover families have experienced in the midst of a global pandemic. Stephanie Fenton has the story.

RECOMMENDING A MOVIE AND A BOOK, this week. Ed McNulty admits, “I am late to the Parton Party,” but he’s making up for lost time. Clicking on this photo takes you to his review of the documentary Unlikely Angel on Netflix. Scroll down to the links below to read his review of a book about Dolly that you may enjoy reading. 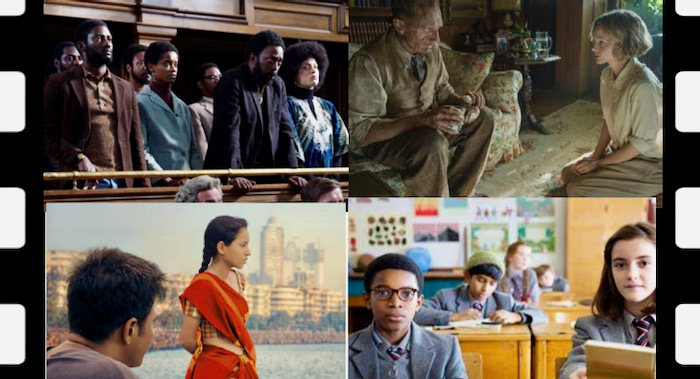