FROM WARNING SIGNS TO LIFELINES

THE DNA OF COMPASSION—We know the value of Capt. Dan Willis’ book, Bulletproof Spirit: The First Responders’ Essential Resource for Protecting and Healing Mind and Heart. That’s because his book’s first edition already has helped communities and individuals from coast to coast—and Willis continues to crisscross the nation with talks and educational programs. This second edition expands on several important themes, including spiritual resources as well as new research on brain injuries.

The most refreshing message in Willis’ book—a message that mirrors other experts in this field—is that compassion is not the danger for first responders. In fact, as Willis puts it: Compassion is the very DNA of public service. Problems arise when trauma accumulates on a day-to-day basis and men and women lose their balance. These are complex problems addressed with clearly explained, pragmatic advice by a long-time veteran of public service. This is a valuable book for professionals, so please take a moment to read this timely cover story—and to share it with friends.

What holiday is this?

IT’S YOM KIPPUR IN ISRAEL, of course. Holidays & Festivals columnist Stephanie Fenton has the story about the holiest day in the Jewish year, which generally is a solemn occasion for Jewish families around the world. In Israel, however, many families have begun taking the opportunity of empty roadways to establish an annual kid-friendly festival of bikes. Our story also has a personal reflection from columnist Suzy Farbman.

SUKKOT IS COMING—Just after the Jewish high holidays each year comes the festival of booths, Sukkot. By mid-October, then, communities will see leafy shelters popping up in the back yards of some Jewish families. 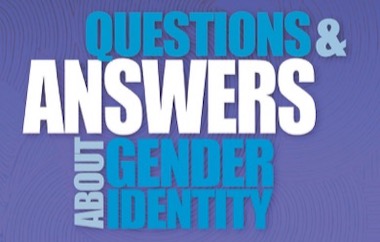 A GOOD DEED YOU CAN DO—This year for the October 11 National Coming Out Day, do a good deed to promote diversity in your family and community. Order one of our six books about gender inclusion.

IN LESS THAN A MINUTE! Our long-time readers know that “renewal” is one of our central themes at ReadTheSpirit magazine. Author and photographer Rodney Curtis took that concept quite literally to heart in this remarkable less-than-a-minute video.

… AND SPEAKING OF INSPIRING IMAGES

Click this movie image to read Ed McNulty’s rave review about a new documentary tracing Fiddler from its Yiddish origins to mainstream stage and screen.