Pop some popcorn and invite your friends.

COVER STORY—For a decade, Read The Spirit magazine has appeared every Monday with a popular Faith & Film section closing out our weekly issues. We’ve heard from readers around the world who enjoy Film Critic Edward McNulty’s thought-provoking reviews along with the connections he draws to religious wisdom. This week’s Cover Story looks at the monthly Visual Parables Journal that we co-publish with McNulty for the enjoyment of men and women who want to explore the many faith connections in popular films. The upcoming Holiday Season is a terrific time to subscribe to that Journal and make plans to enjoy some movies and conversation with friends.

Thank a Caregiver with a gift of inspiration

MOST AMERICANS either have been caregivers—or know a caregiver currently currently serving as an unpaid lifeline for a loved one. That’s why Americans mark November, each year, as National Family Caregivers Month. Please, read our story, which includes information about this observance and suggestions of some great books that would make perfect gifts for those who serve.

And also a milestone this week—remember Veteran’s Day

STEPHANIE FENTON writes about Veteran’s Day, this week, including ideas for reaching out to veterans among family, friends, neighbors and co-workers.

A True Tale of Two Sisters—Whose Lives and Wisdom Intertwined

IN HER GOD SIGNS COLUMN, this week, Suzy Farbman introduces us to remarkable sisters: Shanda Sullivan and Penny James. While neither may be household names, Penny James’ image was all over magazines and advertisements in the ’60s and ’70s—until various challenges forced her to step away from the Jet Set. Although she began collecting her hard-earned wisdom in a memoir, Penny died before she finished. Now, Shanda has completed that inspiring project.

Yes, we’re publishers—but we “do” video, too!

Howard Brown is on the air around the world

IN OUR FRONT EDGE PUBLISHING COLUMN, this week, we’re featuring the latest video by Howard Brown, author of Shining Brightly. Howard’s long career as a Silicon Valley entrepreneur and public speaker means he’s a veteran at inspiring crowds, so he has been keeping up a blistering pace of appearances on podcasts and videos. 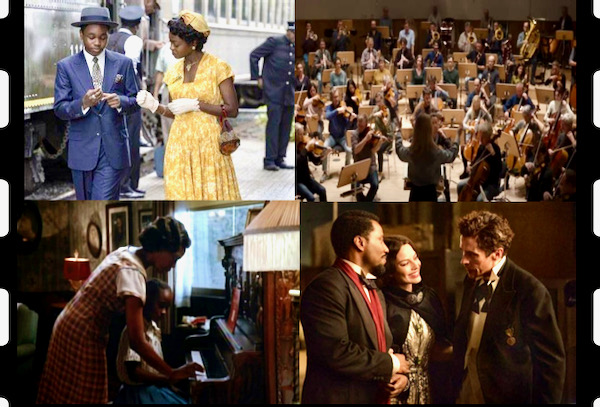 THIS IS A GREAT TIME to subscribe to Visual Parables Journal. In fact, here’s a story about the Journal that includes a full preview of this November issue. Plan ahead for inspirational reflection on the movies you love in 2023 by subscribing now.