A CAROL PERFECT FOR OUR TIME

A CHRISTMAS CAROL is as popular as ever, nearly two centuries after Charles Dickens first penned the ghost story. This year alone, we have seen everything from a scary, new three-hour BBC production that has just begun airing on American TV—to Dolly Parton’s theatrical debut of a Smokey Mountain musical adaptation she created. Read our cover story, this week, to find links to eight new 2019 versions of Carol—and to enjoy our own beloved author Benjamin Pratt’s adaptation. Weaving Dickens’ ghosts into his own life, Ben shows us how valuable it can be to wrestle with these specters, if we ultimately hope to brighten our spirits this holiday season.

UNDERWAY THIS WEEK—The first night of Hanukkah arrived December 22 for million Jews worldwide. Although not as religiously significant as major Jewish holidays, such as Yom Kippur or Passover, Hanukkah is widely celebrated, and is easily recognized even by non-Jews.

EVENING OF TUESDAY DECEMBER 24—Even though a growing minority of Americans say they have no religious affiliation—about half of us say they like to attend Christmas Eve services. These holiday celebrations have become the biggest events of the year in thousands of churches nationwide. Holidays & Festivals columnist Stephanie Fenton has the story.

THURSDAY DECEMBER 26—Kwanzaa is a week-long celebration of African-American culture that was first celebrated half a century ago in 1966. In the 21st century, writes Elizabeth Pleck in Journal of American Ethnic History, it remains “one of the most lasting innovations of United States black nationalism of the 1960s. Maulana Karenga, a prominent member of the black nationalist community, designed the holiday “as a celebration of African American family, community and culture.”

But, there is so much more to this holiday! In recent years, Karenga’s annual Kwanzaa messages have focused on ways African values can contribute to healing the whole world. Please, read Stephanie Fenton’s column on the festival, which includes inspiring quotes from a couple of Karenga’s messages.

Help Us Spread the Spirit of Peace this Season

What better gift to give someone this holiday season, than the gift of SPIRIT. All of these books promote peace by helping to bridge the gaps that separate Americans these days. Please read our gift-giving recommendations—and choose a couple of these great books. And, share this story with friends on social media or via email.There’s probably a book on this list that you’d like to receive!

Click this movie-still to read Ed’s review of The Aeronauts, which now is streaming for free on Amazon Prime. 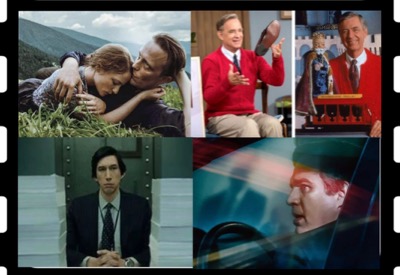