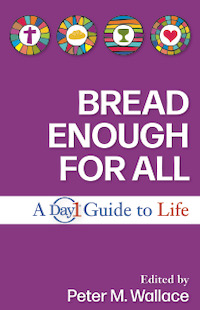 Thank God for media ministries like Peter Wallace’s Day1, the network that has been sharing regular inspiration through American radio stations—and now the Internet—since the end of World War II. When the COVID-19 pandemic hit, Peter and his team were well-equipped as long-time veterans in providing virtual pulpits to the most talented men and women in ministry.

Now, as the world reaches the historic milestone of a year without in-person church services—at least in many parts of the world—Peter reminds us of one spiritual lifeline we need to preserve and promote: the fine art of preaching. The book’s title comes from a stirring Diana Butler Bass sermon, Bread Enough for All.

Please read our cover story and share it with friends. In this story, you’ll learn a lot about the reach of Day1’s media ministry—and you’ll find a preview of some of this book’s gems.

Soaring in the World of Golf, a God Signs story

COLUMNIST SUZY FARBMAN, this week, invites us into the world of golf for a story of a young man who was determined to play at the highest levels on the amateur side of the game—and wound up rubbing shoulders with the greatest in the game.

Care to make these delicious cookies? We’ve got the recipe.

STEPHANIE FENTON tells the story of Purim with links to a couple of our other writers, including a delicious hamantaschen recipe from Bobbie Lewis. Enjoy!

MOST AMERICAN CHRISTIANS have entered the season of Lent that leads to Easter, as our Holidays & Festivals columnist Stephanie Fenton reports. Orthodox Christians will begin their Great Lent in March. This is often a season when men and women enjoy inspirational reading and Susan Stitt recommends some great reading in our Front Edge Publishing column.

NEW FROM MARILYN McENTYRE FOR LENT is a book that is sure to delight anyone who loves to reflect on great writing. Forty common phrases, like “going about our business,” become doorways into 40 lectio divina-style reflections, perfect for daily spiritual reflection. We asked Marilyn to write a column about the story behind this new book—and she did.

Click on this image from the movie Mangrove to read Ed’s review that highly recommends this 2020 film, part of a group of movies by the British filmmaker Steve McQueen that are streaming now on Amazon. 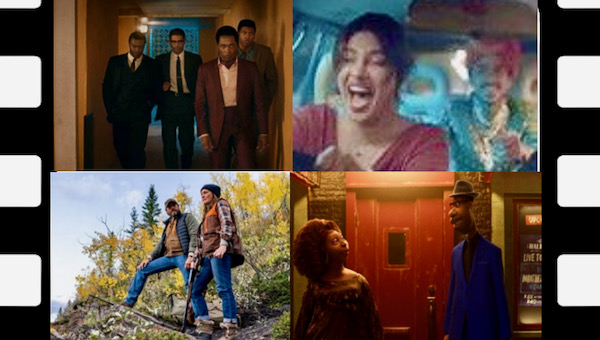