As global protests in the wake of George Floyd’s death continue to rattle the foundations of major institutions worldwide—one the biggest problems is the global dominance of racial imagery flowing from American studios. Why is Hollywood such a vital part of the Black Lives Matter effort to open up discussions of systemic racism? In his new book, Garrett says it’s because movies become a deeply embedded part of our own self image.

Please, read this week’s cover story and recommend this book to friends as a way to spark discussion about understanding Hollywood’s legacy of racism.

One Solution: We’re All Producers Now! 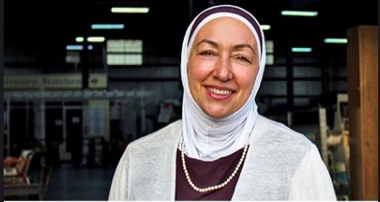 NAJAH BAZZY’S PRAYER—Our team is overwhelmed with new columns—and videos—coming from our writers who are reaching out in positive ways through the power of social media. After all, two-thirds of Americans now support the Black Lives Matter protests (and 38 percent “strongly support” this movement) according to a June 12 Pew Research report. Are you tired of what Hollywood is broadcasting? Now, you hold a TV studio in the palm of your hand.

Last week, Zaman International founder (and CNN and People magazine hero) Najah Bazzy broadcast a prayer for George Floyd, his family—and all the men and women spreading the call for justice. She used the power of her own smartphone, coupled with the broad audience of #CNNHeroesSpeakOut. Here is her video, which you can share with others.

VICTOR is the author of Our Muslim Neighbors: Achieving the American Dream, An Immigrant’s Memoir. He has been very active in writing about the complex challenges of embracing racial, religious and cultural diversity. He has a unique perspective because he is a Muslim, born in India, whose family has been living in the heart of diverse communities for generations. He is a veteran of using social media—and news media—to help spread his message. Victor’s latest column has appeared nationwide in newspapers and also was posted on the widely read IslamiCity web hub, headlined: “Find Source of Racial Divisiveness”.

ANNI is both a nationally known scholar studying the racial challenges in education and family life—and the mother of an African-American son. Like Najah and Victor, Anni reaches out in many ways through her teaching, consulting and advocacy work. She has been featured in media interviews and also has written her own wise columns, including this recent ReadTheSpirit cover story.

QUIET FIRE—This week’s episode in Duncan Newcomer’s Quiet Fire series about the spiritual life of Abraham Lincoln takes us to Lincoln’s dramatic journey toward Washington D.C. in 1861. One key ceremony in that cross-country journey was the raising of a new American flag in Philadelphia. 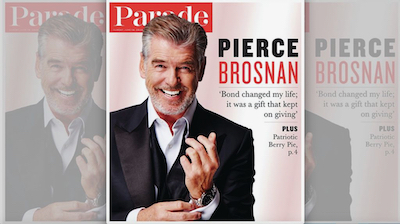 Click this image of Brosnan to read Susan’s column.

GOOD NEWS! There’s still time to send a great gift, writes Susan Stitt in our Front Edge Publishing column this week. Susan recommends 7 books that are sure to put a smile on Dad’s face—and remind him of your thoughtfulness as he reads these stories. In fact, you just mind find that a good book sparks a great, fresh discussion with your Dad. One of Susan’s recommendation is as timely as this week’s Parade magazine cover story with James Bond actor Pierce Brosnan. Susan recommends a book that digs into the core values behind Bond’s remarkable career.

What are we reading—
for ‘Pride Month’?

AMERICANS ARE READING, this summer, about diversity at a rate we’ve never seen! This month, Americans also are ordering books about sexuality and gender because this is LGBT Pride Month, set in June to honor the activists at Stonewall in June 1969. This week, Susan Stitt writes about some of the great books you can get right now to explore these issues. Please read Susan’s column and share these book ideas with friends.

SURVIVING LEUKEMIA—In his always-uplifting style, Rodney Curtis writes: “My life ended ten years ago. But it’s okay; I got over it.” That major milestone a decade ago was a diagnosis of leukemia. Rodney even wrote a book about this chapter of his life: A ‘Cute’ Leukemia. This week, he looks back and thanks all the people who helped him through that year.

Click this photo to read Ed McNulty’s 5-star review of See You Yesterday.